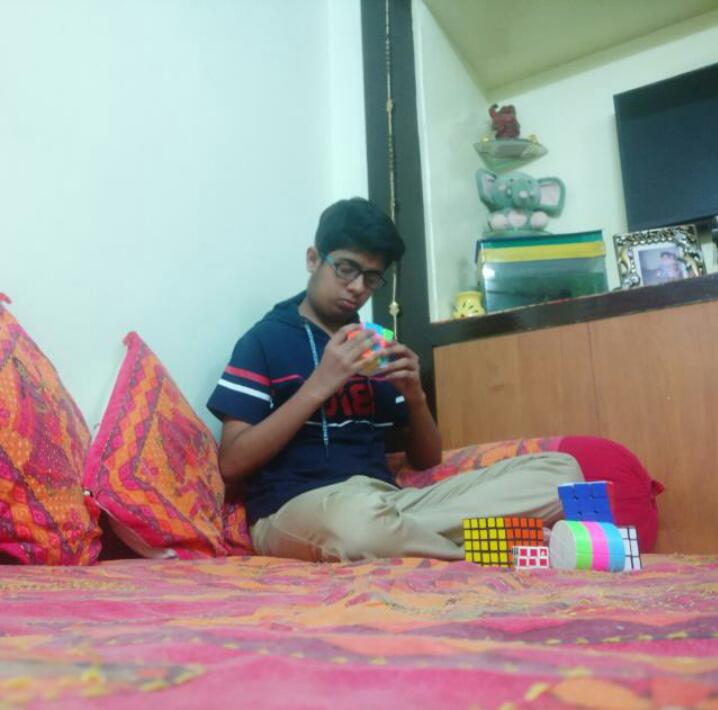 This lockdown has affected our daily lives, mostly the lives of students. Recently the Central Board of Secondary Education has announced its 10th and 12th results, the 12th results were announced on 13th July and 10th results were announced on 15th July, Wednesday. Since years we have been celebrating result days as a grand show or maybe the grand premiere of the contest called examination. Certainly, it’s tough to appreciate the students who gave better results in the state as well as the country. 83.4% of students passed in 12th boards while 91.46% passed in 10th.

Patnabeats brings you a story of an 18-year-old student from Patna who got 85.4% in his 10th boards. Definitely, he is not the topper but his spirit and enthusiasm are the same as a big achiever. Anurag Gautam, a student of Leed’s Asian School, Patna is a Brain tumour patient who has undergone 5 brain surgeries in his life. Due to continuous treatments and chemotherapy, only 25% of his vision is left from his right eye, his vocal cords are fused and he cannot hear from his left ear. While our team met him, he was busy making a cube and we got to know that he solves Rubix cubes in just 50 seconds. 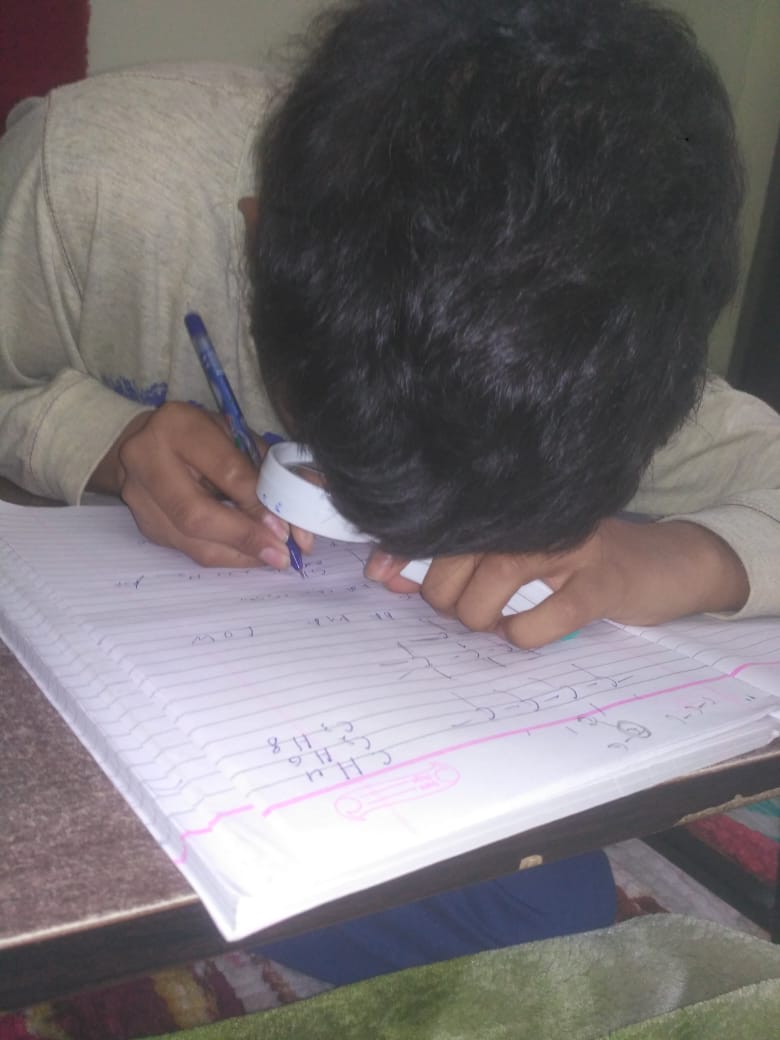 “We were expecting that he could just pass his boards anyhow, well marks never mattered to us but he loved studies so much that we at least expected him to get 60% marks so that he can proceed further with his studies. He was sitting at the corner of the room hiding behind the couch when we were waiting for his results to open. Due to his health issues, the doctor asked us many times to not continue his normal schooling but as he loved his school so much that we couldn’t stop him from going to school daily.’’ says Anurag’s mother talking to Patnabeats.

“ Anurag was approx 3 years when his brain tumour was detected, he had many major surgeries but his brain tumour never got treated well. Affecting his vision before and then slowly his vocal cords and ears after continuous radiotherapy and chemotherapy. I remember in 2006 when we were having his first operation at a renowned hospital in Delhi, the doctor declared him dead . Anurag was an active kid in drama, speech and dance. We never stopped him from participating in any of the competitions. But due to declining health, he slowly got restricted to participate in any of the performing arts. He loves Maths and Science a lot, he spends most of the time reading different books or watching space-related videos on Youtube. Once he asked us to buy a piano, though we never made him teach that. So presently, his hobby is to play the piano which he learnt by himself. I don’t know how he developed a vision of seeing things differently.” shares his mother, Pratima Mishra.

His both parents were working, but his father took VRS from his job to look after him 24*7 as one of the parent needed to be near him always.  His father has been a constant support in taking care of his health to making him visit doctors for routine checkup. Gautam had his last surgery on 22nd March 2020 in Delhi just after his boards. Before the board exams, he had his gamma surgery on 3rd September 2019 at Delhi itself. After this gamma surgery, his brain discharged water continuously because of which he wasn’t able to continue his classes for the last 6 months before the exam. He was given a Scribe in his exam who wrote for him. What makes him happy about his results are his Mathematics marks, he has scored 93 in maths. Anurag wants to study Maths as his major in his intermediate, and dreams to become a Space Scientist.

Kritika, the elder sister of Anurag says, “ Sometimes I am numb to the kind of questions he has. We have studied in the same school and I have always been caring for him but he never really appreciated that pampering in school. He has always been an independent fighter dealing with his own issues because slowly he had less number of friends in school, most of the time you would see him talking to any teacher, principal or reading books. Before boards, when his school discontinued, we asked for a tuition teacher at home to which he refused. It was all his self- study that made him get good marks in his boards.” 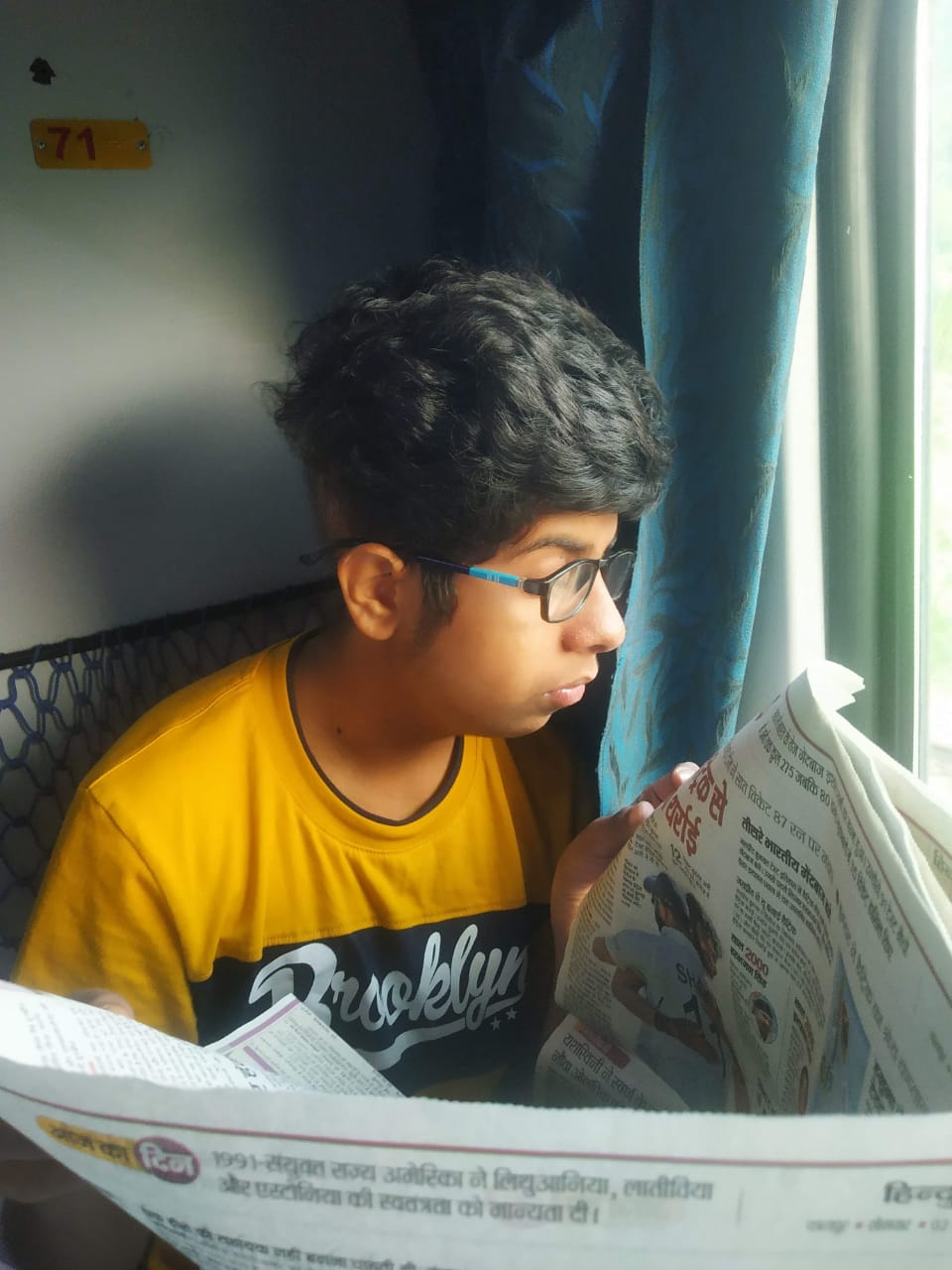 “ Anurag had been a child of different abilities and insights, we never had to make an extra effort to explain things.  He always gained marks in 90s before these health problems. He had a set of curious questions with him always. For the last 6 months, when he was irregular from school we tried to reach him over call and help him with his syllabus but as I said we never had to make any extra effort, he responded to every situation very positively.” says Mrs. Nishi, one of his school teachers.

Patnabeats is happy to share such a positive story at times of this adversity, such results need to be celebrated and encouraged. We wish Anurag a healthy future and would love to see him doing research. If you have any such positive stories from the state, you can mail us on [email protected]