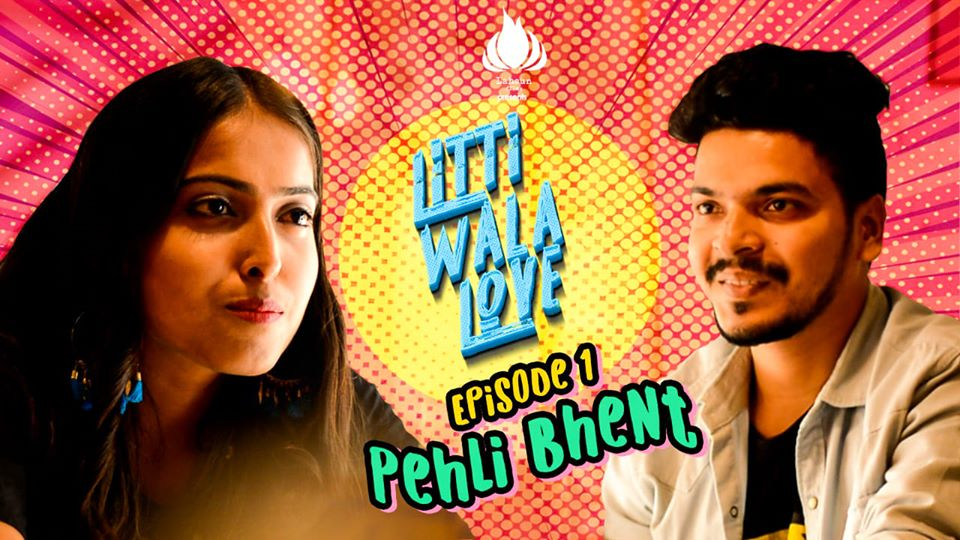 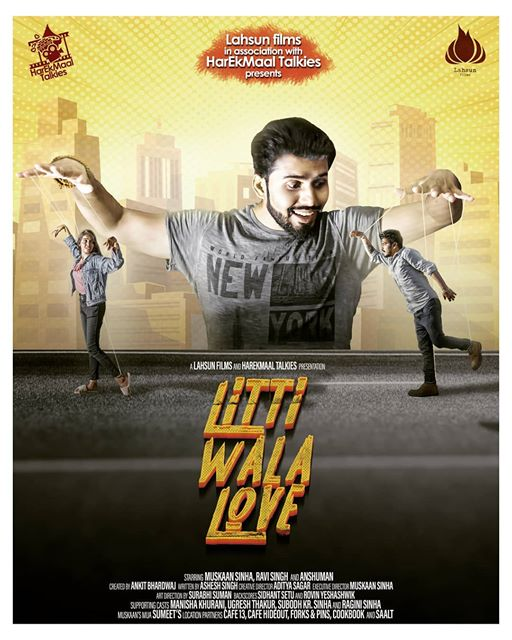 The only source of entertainment during this period is the internet, which is flooded with many feature films, web series and short films. We are here to make you watch a web series released in June 2019 on Youtube. The special thing about the web series is that it was written in Bihar, made in Bihar, acted by Biharis and has the story from Bihar.

Yes, you are reading it right, the production house behind this web series is based in Bihar and this beautiful series includes 6 episode of a new generation comedy-love-story. ‘ Litti Wala Love’ released on 15th June 2019 by Lahsun Films on Youtube.

We are recommending you to watch this series for various reasons but one specific reason is the ‘Story’ which is very simple and relatable. The flow of characters are pure and real- the story has been drafted by Ashesh Singh of Patna, who is a Writer & Stand-up Artist. The screenplay and dialogues were written by him which can make you smile and laugh at the same time. Ashes talk about his idea of writing this story,

‘As far as inspiration for Litti Wala Love is concerned, let me state that as a writer, I’m hardly ever certain about where it comes from but the basic idea did come from a place where the intent was to keep the story real rather than politically correct.

About one and half year ago, I was in Patna and I discussed with the initial idea given by the team about creating something like this and one night, I came up with the draft of the first episode. I sent it to the team and they liked it and then we forgot about it.

About 6 months later, I was in Delhi, busy with my job when he called me asking for the remaining 4 episodes. I took another 2 months to complete the draft and meanwhile Ankit [ director of the series] came and worked hard to make it into a web series.

One thing as a writer that I learned in this process is that comedy is a difficult art and I need to learn a lot before I attempt to write another script.’

‘Litti Wala Love’ is beautifully presented at various locations of Patna and it makes us sure that we have the scope of shooting such soothing stories in our capital city. Muskaan Sinha, playing one of the prominent characters of the series shares her experience of shooting,

“Experience was amazing. Litti Wala :Love is my 1st web series so it’s also very special. It was amazing working with all of my co-stars. Everyone was so supportive. Behind the camera, the environment was so friendly”,

She added, “Well, no one will help you out exactly while shooting. Most of the places, you won’t get permission to shoot. Some cafes and parks won’t let you shoot at all. Even the judiciary. Once we were shooting in a so-called VIP area in Patna and police took us on their jeep seizing all our equipment’s and vehicles. But then, there are few generous people as well who would let you shoot. In fact, will try to help as much as they can. So, yes there are downsides of shooting here of course but then, there are few upsides as well.”

The team behind this wonderful series –

The story revolves around a teenage couple Nupur and Nandan, where Nupur is a girl born and brought up in Patna and Nandan is a student who recently shifted to Patna for his studies. Both share a different view of seeing things but they met and the spark ignited. It is amazing to watch the interesting conversation they have and how the story plot changes with time. You can easily feel the flavour of Bihar in the series which makes it more beautiful to watch.

Did you know that Bulbbul lead actor Avinash Tiwary has his roots in Bihar?

Ankit adds, “As it was the story based in Patna, we couldn’t choose any other location to shoot. The idea was to just start with a small story first and make it happen. We had very less budget to shoot this series, of course, it was a challenge for the team but we somehow managed to make it possible in less time and limited resources. We even have the story of Season 2 ready but as soon as things will get normal we are ready to shoot it with the new team.”

SO, what are you waiting for, go and watch this web series and do tell us what do you like about it? Make your lockdown fun with some more original and relatable content over the internet. As it is a time for ‘ Vocals for Locals’, let us support our local artists working hard to entertain us.