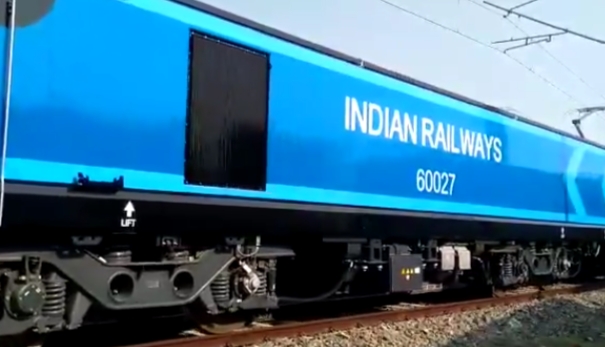 The high-speed locomotive which was brought to life in Bihar’s Madhepura was launched last evening on 19th May 2020. The launch gave new heights to the Prime Minister’s dream of ‘Make in India’. Piyush Goyal, Minister of Railways, tweeted last evening about the launch where he said, ” Make in India soars high: proud moment for India”. 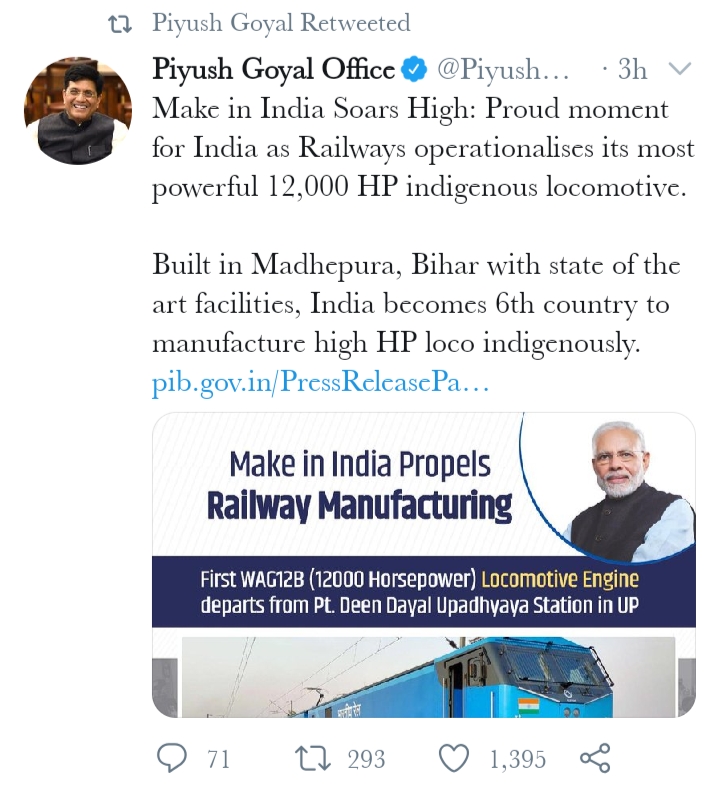 Until now the most powerful engine of Indian Railways had 6000 horsepower. But after the successful launch of the recent engine which has 12,000 HP India is now in the race as it becomes the sixth country in the world to produce high power engines. Only elite countries such as China, Sweden, Russia, Germany, etc. were manufacturing such locomotives with such capacity.

Also read:Bouncebackbihar: A wave of awareness

The locomotive was created under the Make in India program run by our honorable Prime Minister. The project belonged to the Madhepura Electric Locomotive Pvt. Ltd. (MELPL), Bihar. The locomotive named WAG-12 was pilot tested by the Indian Railways on the 18th of May, 2020. The engine ran from Deen Dayal Upadhyaya Jn and traveled to Shivpur.

The main purpose behind the launch was to ease the congestion caused on the tracks due to a slow moment of freight trains. WAG-12 a high power locomotive is likely to improve the average speed and loading capacity of the freight trains. It also makes them safer and offers increased convenience to the drivers.

WAG-12: A game-changer for freight corridor.

These locomotives are state of art IGBT based, 3 phase drive, 9000 KW (12000 horsepower) electric locomotive. The locomotive is capable of the maximum tractive effort of 706 kN, which is capable of starting and running a 6000 T train in the gradient of 1 in 150. The locomotive with twin Bo-Bo design having 22.5 T (Tonnes) axle load is upgradable to 25 Tonnes with design speed of 120 kmph. It comes with a GPS Tracker and air-conditioned cabins on either side. 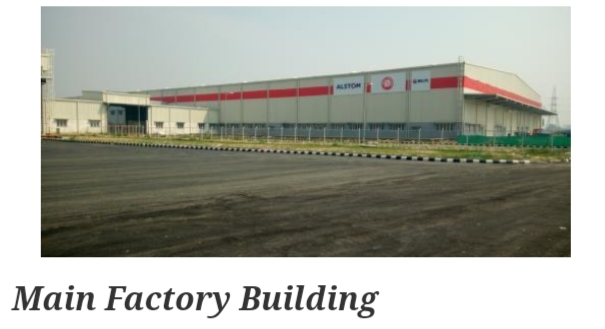 Madhepura Loco was handed this project of producing 800 high horsepower locomotives back in April 2018 under the Make in India initiative. Under which the company had to manufacture 800 locomotives within a span of 11 years.
The factory installed in Bihar has the capacity to produce 120 locomotives per year. Around 2000 crores have been invested in the project by the company, which created around 10,000 direct and indirect jobs.
The project not only proved to be beneficial for the Railway sector but also accelerated the socio-economic growth of Madhepura. Several skill centers were set up in order to train the locals so that they can secure a job.

Quote of the day- “Everything negative – pressure, challenges – is all an opportunity for me to rise.” — Kobe Bryant