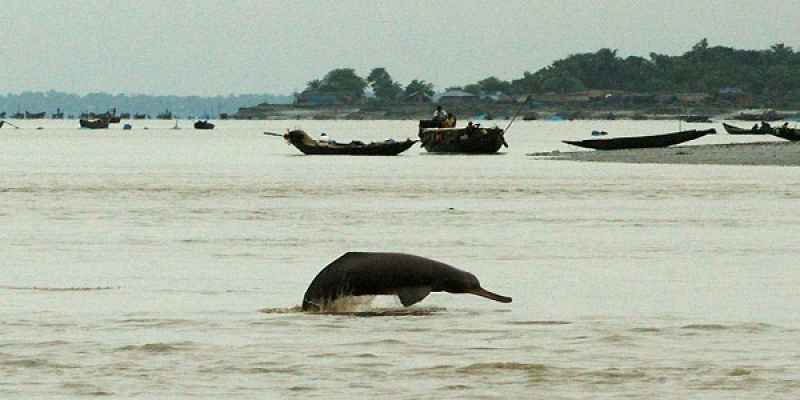 Across the 60km stretch of the Ganges river, the Vikramshila Dolphin Sanctuary is situated in the Bhagalpur district of Bihar is India’s first dolphin observatory. The observatory is constructed on the Sultanganj-Aguwani Ghat bridge over the Ganga. This step came forward by Bihar to promote eco-tourism.

In 1991, the Government of India started the Vikramshila Dolphin Sanctuary as a project to conserve and protect the Gangetic dolphins. The International Union for Conservation of Nature(IUCN) clearly declares that the species found in the sanctuary is endangering and special methods should be undertaken for its conservation and re-population.

The Gangetic dolphin’s founds here are India’s national aquatic animal and has become a major tourist attraction. However, in the past, these aquatic angels have been imperilling in the sanctuary due to fishing and motorized boats. The dolphins have declined a lot. The sanctuary provides a natural habitat for these amazing species and guards them. 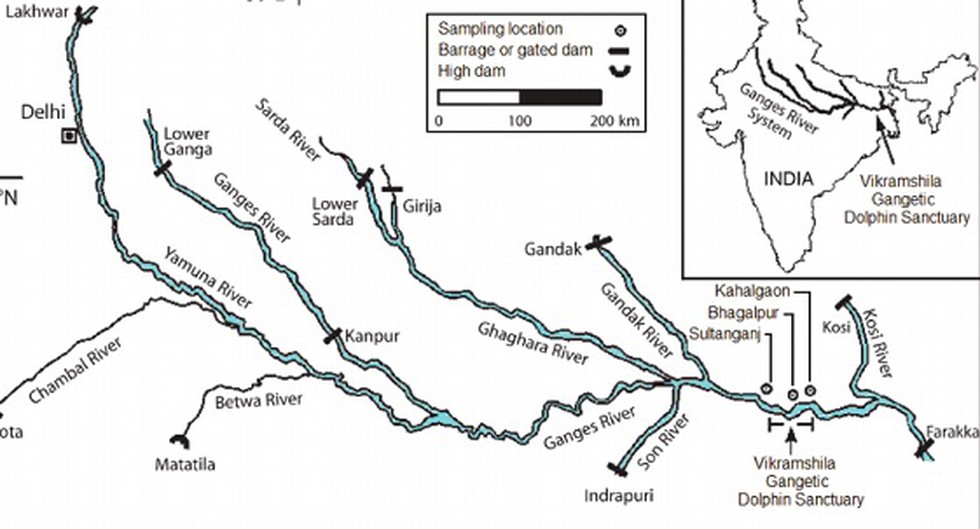 Situated from the Kahalgaon in the east Bhagalpur to Sultanganj in the west, the sanctuary provides numerous species of aquatic animals. The tourists visit here to gaze at the cute and playful dolphins. During summers, the sanctuary experiences warm weather, and the average temperature rises to 32 degrees in the month of May which is considered the hottest month. The winters are slightly cold and cosy. In January, which is the coldest month, the temperature is around 17degrees.

Although the sanctuary is open throughout the year, the best time to visit the sanctuary is between June-October. The rains during July bring a change in weather and also the water level rises. Numerous birds and marine species along with a number of dolphins are liming light during this time.

The Vikramshila Dolphin Sanctuary is home to a number of aquatic species of flora and fauna. Gharial, Indian smooth-coated otter, and Turtles are also some of the species that could be seen here. However, the migratory and respiratory birds are getting a spot as well. The various kinds of fish, shrimps, and crustaceans could be espied.