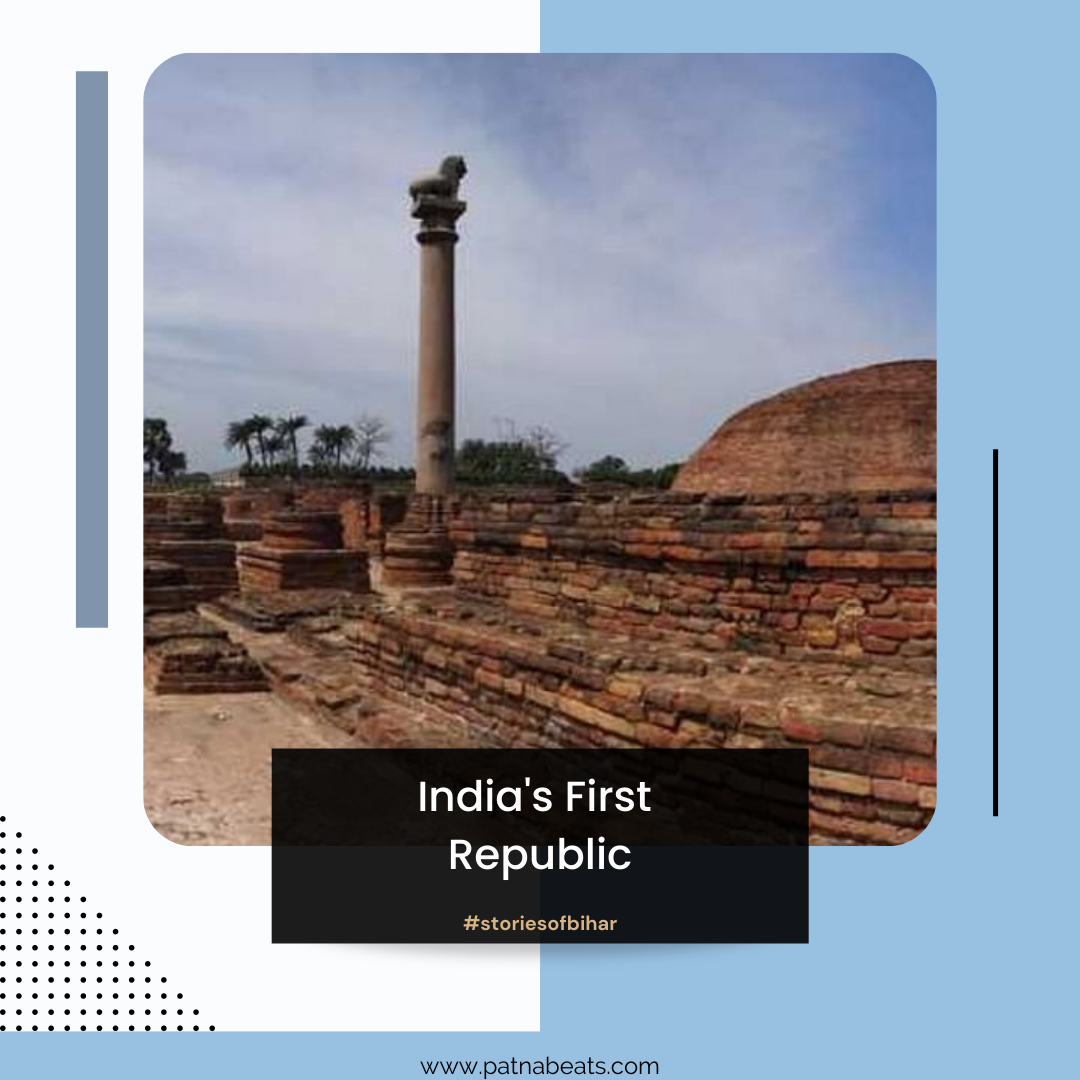 India is a Republic which means that head of the state that is President, is elected by the representatives of people. American and British societies would like to believe so — leaders have, time and again, invoked the charter to symbolise the struggle for justice and freedom. But much before the Magna Carta came into existence in 1215, the Indian subcontinent was already replete with several independent republics, some as old as 6th century BC. This concept or idea of being a republic is not new for India rather the idea is quite old infact one can say with assurity that India was a forerunner of this idea and in India this concept was first seen in Bihar. The history of ancient India is mostly the history of Bihar. In India there were 16 Mahajanapadas, these mahajanapads are mentioned in the Jain and Buddhist documents. One among these mahajanapads was Vajji with it’s capital at Vaishali.

This same Vaishali is said to be the first republic. Vaishali, home of the Licchavi clan, and today known as the world’s first republic. It is an archeological site located in present-day Bihar. This, history says, is where Gautam Buddha delivered his last sermon, and was home to the earliest known example of a stupa. The famous courtesan Amprapali was from Vaishali who later on became follower of Buddha. The establishment of the mahajanapadas was considered a turning point in history, where a number of large cities arose after the demise of the Indus Valley Civilisation.

In its prime, Vaishali was surrounded by three walls and gates with watch towers, with “many storeyed buildings, pinnacled houses, leisure gardens and lotus ponds”. Brick, stone, mud and wood were the main components of architecture here. After its early excavation, it was discovered that the first barrier of defence for the city was built with baked bricks; the second consisted of a massive rampart made of compact earth; and the third with bigger bricks.

Over time, excavations have indicated that inhabitants of Vaishali lived on the town’s eastern side, where the ground rises gradually. This enabled the population to escape annual floods, and where a majority of ruins were later unearthed. Wells, pottery, implements and platters of stone were excavated in large numbers here.

Vaishali, though still an oligarchy, was different in its neighbouring absolute monarchies. It had no place for hereditary monarchies, but in many senses, was nowhere close to modern democracy. Licchavis continued to populate Vaishali during the Gupta period. However, the city’s decline came with the Magadha-Vajji war, where Haryanka dynasty’s king Ajatashatru defeated the oligarchy.

The World History Encyclopedia says that Ajatashatru consulted Buddha himself to figure out a way to take over Vaishali. The latter deemed it a difficult feat — the Vrijjis (people living in the Vajji confederacy) were a strong republic, and the city was fortified with three layers of protection. Accounts of the exact way in which the war was carried out differ. Buddhist accounts say that the Magadha king sent his chief minister to infiltrate Vaishali from within. This was done under the pretext of having been banished, and the minister was able to create a divide among the Vrijjis. In Jainism, legend suggests that the king prayed to Indra for three days for victory.

Regardless, Vaishali was annexed and stripped off its former glory, and a dwindling socio-economic status resulted in the town becoming obsolete. Over time, there has been much debate about how India has been excluded from worldwide discussions of the world’s oldest republics, like those of the Greeks. Prime Minister Narendra Modi has, in the past, invoked Vaishali and the Licchavis to point out that “democracy has always been a way of living and the soul of the nation’s life”.