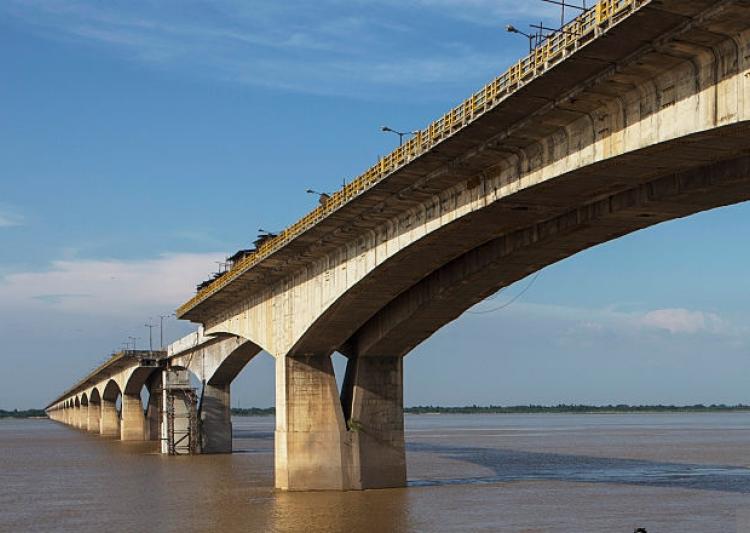 The Union Cabinet chaired by Prime Minister Narendra Modi today cleared a proposal for four-laning of 5.575 km long Mahatma Gandhi Setu at NH-19 on Ganga River at Patna in Bihar.

“The proposal of four-laning of the Mahatma Gandhi Setu (which connects state capital Patna to north Bihar) has been cleared,” Finance Minister Arun Jaitley told the media after the Cabinet meeting.

The bridge will be constructed after dismantling the damaged pre-stressed cantilever arms superstructure and subsequent re-decking by steel truss. The project will be in Engineering, Procurement and Construction (EPC) mode. The cost is estimated to be Rs.1742.01 crore.

“This proposal has been pending for 15 years, and it was a major proposal in the Bihar package announced by the Prime Minister. It is the rehabilitation of the old bridge. The expenditure will be Rs 1,742.01 crore. All amount will be spent by the Centre,” he said.

The rehabilitation of Mahatma Gandhi Setu will also help in uplifting the socio-economic condition of this region in the State.

Four-lane Mahatma Gandhi Setu at Patna on Ganga River was constructed during year 1980s by Bihar government. This distressed bridge is very important link between North Bihar and South Bihar and is a route for several economic as well as socio political activity.

A four-lane bridge parallel to Mahatma Gandhi Setu is ...