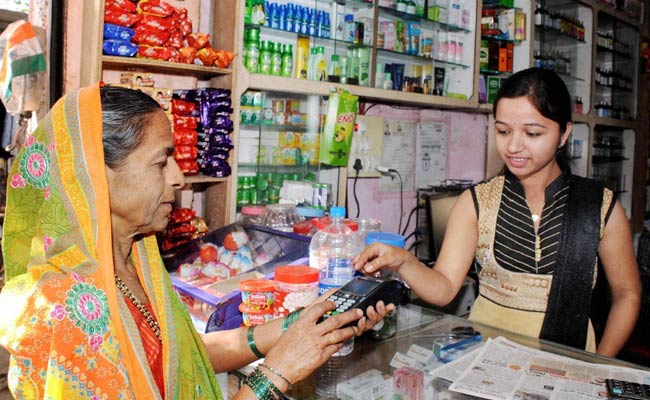 Taking demonetisation by the stride, three villages in Patna, Bihar are undergoing a process of becoming cashless, in an initiative taken by the Bank of Baroda.

A campaign about digital cashless transaction has been launched for about ten thousand villagers by the bank.

Representatives of the bank are visiting on the doorstep each house of Bind Toli of Kurji , Basti of Maner and Patsa Village of Bihta to open their bank accounts.

Chief Manager of Bank Of Baroda Atish Chandra Mishra said that villagers are being encouraged to adopt cashless transaction.

Along with these initiatives the bank is also facilitating villagers for enrollment of Aadhaar card which is going to be launchpad of cashless transaction.

Villagers are also being made aware about different social security schemes including Pradhan Mantri Mudra Yojna.

After accomplishment of these three villages cashless, the Bank of Baroda has planned to spread the initiative to another 8 villages.

Last Sunday in his Mann ki Baat address, Prime Minister Narendra Modi urged the nation to move towards a cashless society, and said he took the decision to scrap Rs. 500 and 1,000 currency notes for the sake of the country’s poor, farmers, labourers and deprived.

In the 27th edition of his ‘Mann ki Baat’ programme, Prime Minister Modi said, “I know cashless economy is different. Why not move towards a cashless society? Need your physical support in this. I took this decision for the country’s poor, farmer, labour, deprived and for those who are suffering. I reiterate that I need your support; I am positive that you will help me in this; take a pledge that you will be a part of this cashless economy.”

Asserting that the government, post offices and banks are working very hard and with dedication, Prime Minister Modi expressed his gratitude to those who are working to help people post the demonetisation move.