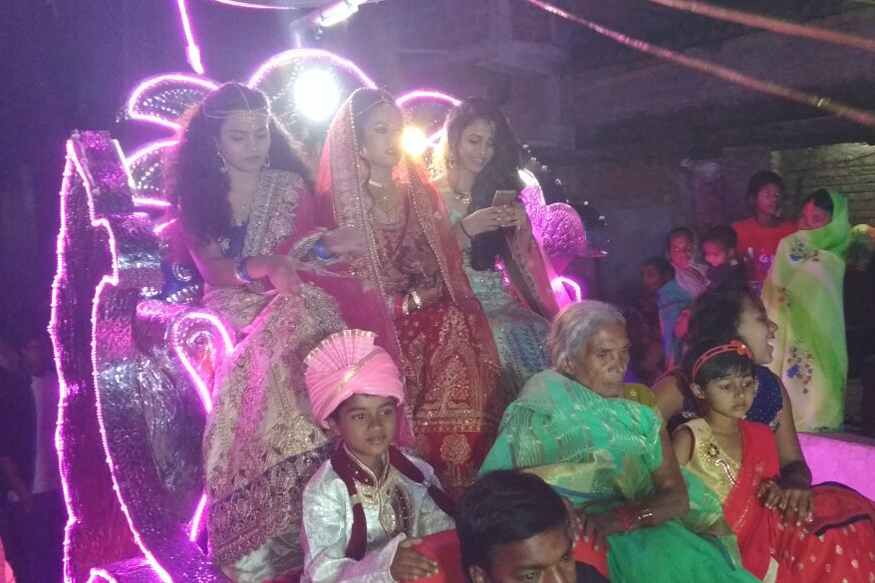 Bride Snehlata, an assistant manager with a private bank in Mumbai thought of this nobel idea and spoke to her future in-laws about her plans. The groom’s family happily agreed to her proposal.

Patna: In what is a rare sight in Bihar, thousands of bystanders and guests queued up on the roads to watch a bride lead her ‘baraat’ from her house to the Danapur Army Marriage Hall, where her groom was waiting for her. The groom waited for the bride to proceed with the wedding rituals.

In this unusual role reversal, where the bride took on the role of the groom and took out her ‘baraat’, both the families said in unison that this “empowers women”.

Bride Snehlata, an assistant manager with a private bank in Mumbai thought of this unique gesture and spoke to her future in-laws about her plans. The groom’s family happily agreed to her proposal.

Bridegroom Captain Anil Kumar Yadav, works with the Indian Navy and is currently posted in Vishakhappatanam.

Snehlata told News18, “Both of us are based out of Bihar and we love our motherland, which is grappling with a number of social evils, including dowry. We are against these practices and have decided to send out a message.”

She accepted the fact that initially, even her own family was against her decision, but she managed to win them over.

“I told them about the number of initiatives our Chief Minister Nitish Kumar has taken up to eradicate these evils and his reference worked. Then we told my fiancé that I will come with the baraat and not him. Initially he thought it was a joke, but finally everyone accepted it,” Snehlata narrates.

Snehlata and Anil studied together and fell in love. Anil said, “Even the thought of marrying in a different caste is considered a sin here, but it never came in our way. However, a dulhan leading a band, ‘baaza’ and ‘baraat’ looked non-negotiable, but our parents agreed.”

Locals also participated in the marriage and some of them even joined in uninvited. One among them, Birju Singh, said, “This is an unbelievable scene. The world in changing and this is an example. I can’t say I too would think about it in my family, but I have no complaints about this couple.”