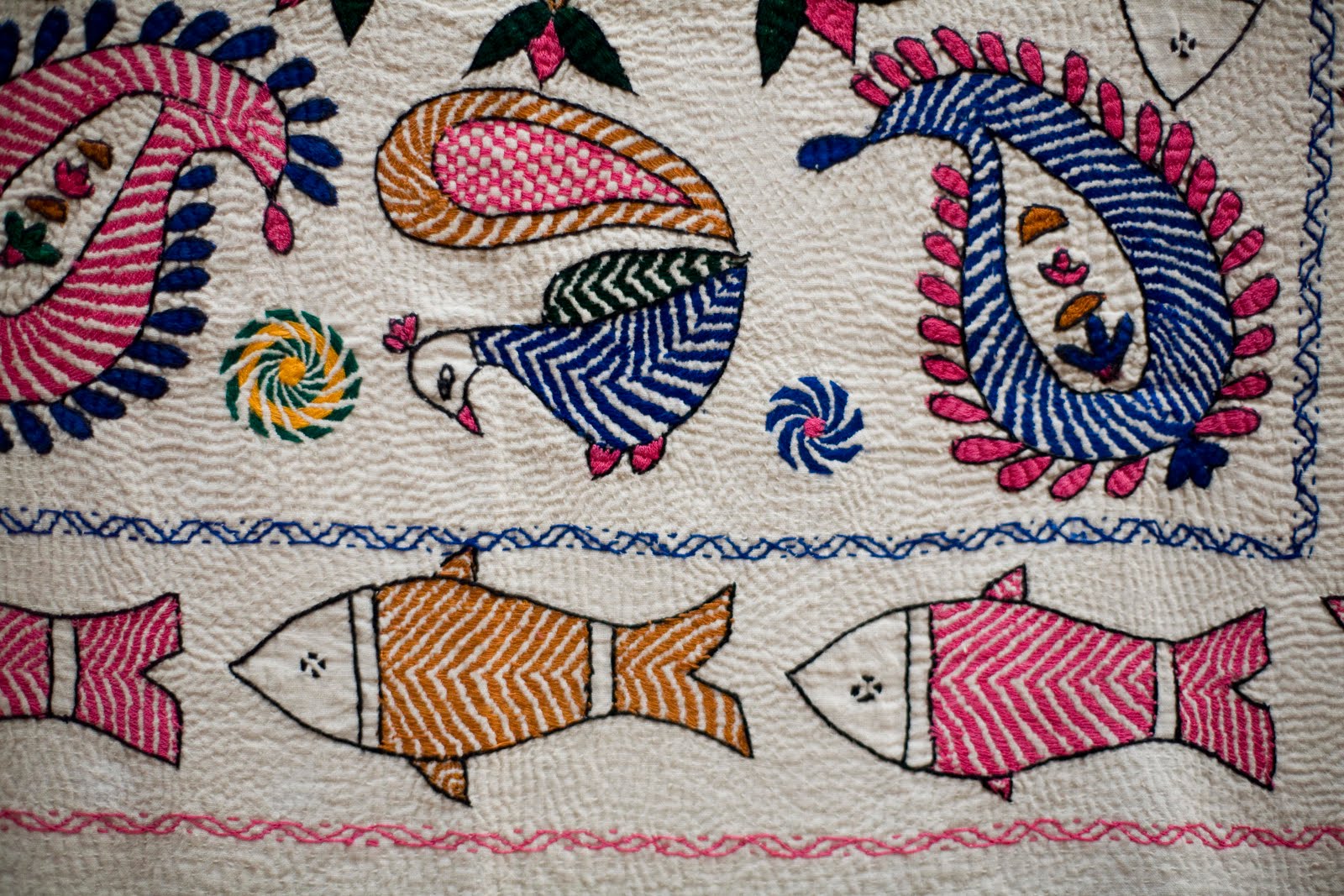 UNESCO Seal of Excellence 2019, which is also called the Seal Award, was given to Sujani art (also known as Sujini) but it is at the stage of obscurity. Sujani is a form of embroidery originating from the Bhusura village of Bihar in India. During ancient times, patches of different colored cloth used to be sewn together and then covered in designs to make a small quilt for newly-born babies. Beautiful embroidery of gods and goddesses was also done and hung on walls. To compete with the demand of the market the artists started making patterns on the saris and on other fabrics. Well in recent days, Sujani embroidery is also practised in the southern part of Rajasthan for making patterns on Sarees, dupattas and other clothing and home furnishing.

India has always been rich in handicrafts and the woman of the country always had an interest in these handicrafts. The scenario of Bihar is that, if we check the list of art and handicrafts in the state, maximum of them are practiced by a woman who works as a homemaker. In old times, the men from the state used to migrate to big cities for a job, the woman of the house spent their time stitching, painting, drawing and learning various skills to keep themselves busy. They used to work during functions, handmade cloth materials and making cloth sheets for their children, and thus, Sujani embroidery emerged in the state.

Sujani is said to have originated around the 1920s and was only practiced by the Rajput women. The word “Sujani” is derived from the words ‘su’ which means facilitating and ‘jani’ meaning birth. Quilts for new-born babies were made by stitching together colourful patches of old clothes and then Sujani embroidery was done with colourful threads to create motifs and designs. 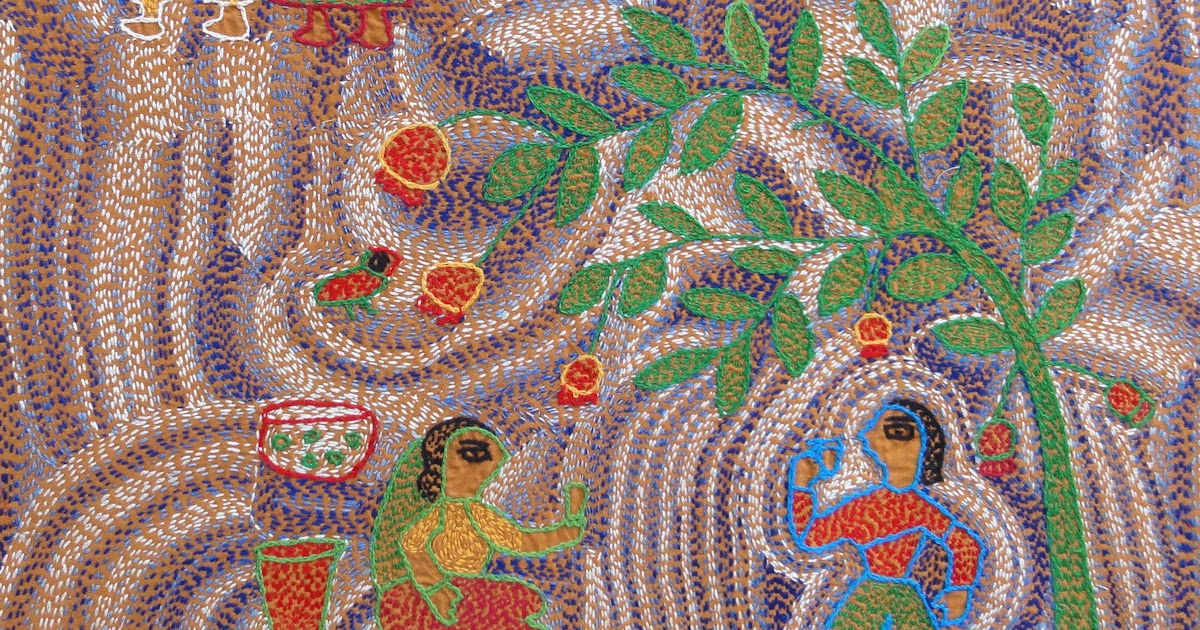 The Sujani embroidery involves layered bits of old cloth material being stitched together and is one of the ancient practices in which old cloth pieces stitched together were considered most suitable for the newborns to be draped in, used as a body cover or quilt. It is also believed that Bihar had a ritual named “Chitiriya Maa, means ‘Lady of the Tatters’. It was said that the natural things were the blessings of the goddess. Even colours were given the thematic significance, with red standing for vitality and yellow symbolizing the sun.

It is not just a traditional craft, but it is used to signify a powerful message to convey social and political messages. The basic Sujani art on a quilt depicts messages like- a drunken man physically abusing his wife, pardah system oppressing woman, and practice of dowry too. Alternately, the other half includes motifs and scenes like a woman as the speaker or host of a public gathering, a female judge, or a scene depicting a woman selling goods and earning a living for her.

Bihar art forms like Madhubani and papier-mache are popular and known worldwide but somewhere Sujani embroidery got masked. Still, the progress has lit with the production of Sujani embroidery in about 15 villages of India. In Muzaffarpur, Bihar many rural women continue this practice of Sujani embroidery using the fine running stitch and chain stitch combination. In rural areas, a woman is not allowed to step outside their homes, Sujani is giving them the source of livelihood. 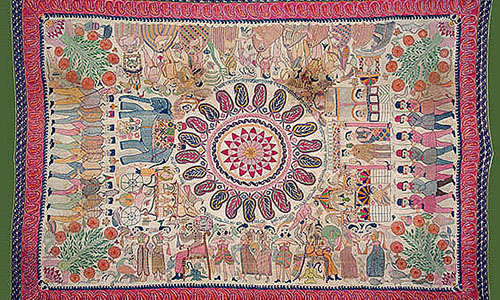 Rural women in Muzaffarpur produce furnishings such as bedspreads, wall hangings, and cushion and bolster covers, as well as clothing items like saris, dupattas, Most of the furnishing items, are produced on cream markeen fabric. Brown and black casement fabric are sometimes used also Coloured mull or handloom is used for saris, kurtas, and dupattas, Tussar silk is used in making attractive stoles and jackets. Motifs are drawn directly on to the cloth with the colour marker. A fine running stitch all over the sheet is done with the same colour as the base cloth. Chain stitch (usually black or red) is used to outline the motifs, and the details are then filled in with minute running stitches in coloured threads. 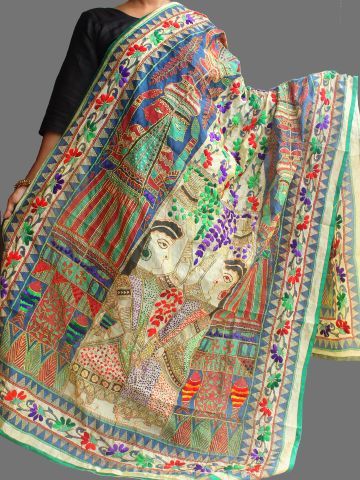 The craftsmen of Sujani Work are expert that makes the textile industry of the state unique. The chain-stitch embroidery prospered in Monghyr District of Bihar. The artisans are proficient in bringing out the embroidery called ‘kantha’. This embroidery work is simple in its style and appearance. It involves tracing simple running stitches with short gaps under which designs like an animal, floral and bird motifs on both cotton and silk cloths. The local people are fond of creating beautiful embroidery of gods and goddesses and hang them on walls. The fabric used for Sujani Embroidery is a cloth made up of fine muslin. The colour of the base cloth is white or red. The outlines of the main motifs are highlighted with thick chain stitch. The inner spaces of the motifs are filled with threads of vibrant colours. Other motifs are filled with red colour or the colour of the base fabric. 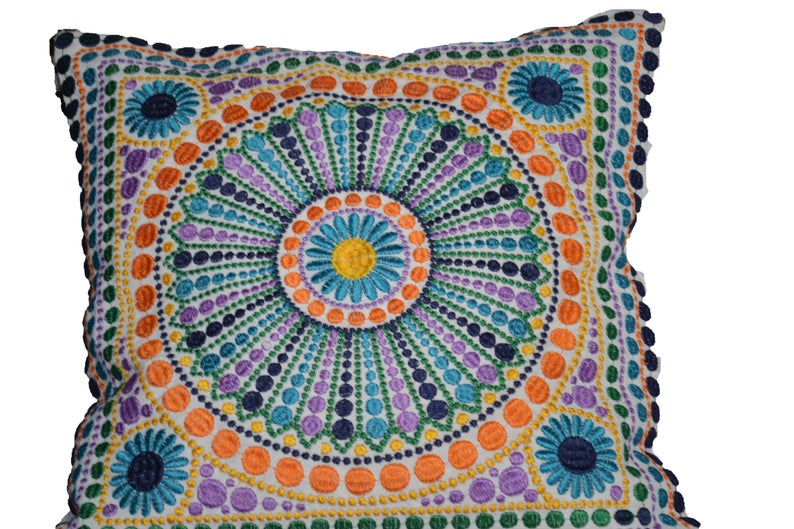 We must treasure such great embroidery of our state which is recognized by UNESCO too. We, at PatnaBeats, try to bring all those hidden art forms in light that has emerged from our state and still lack popularity among the public.