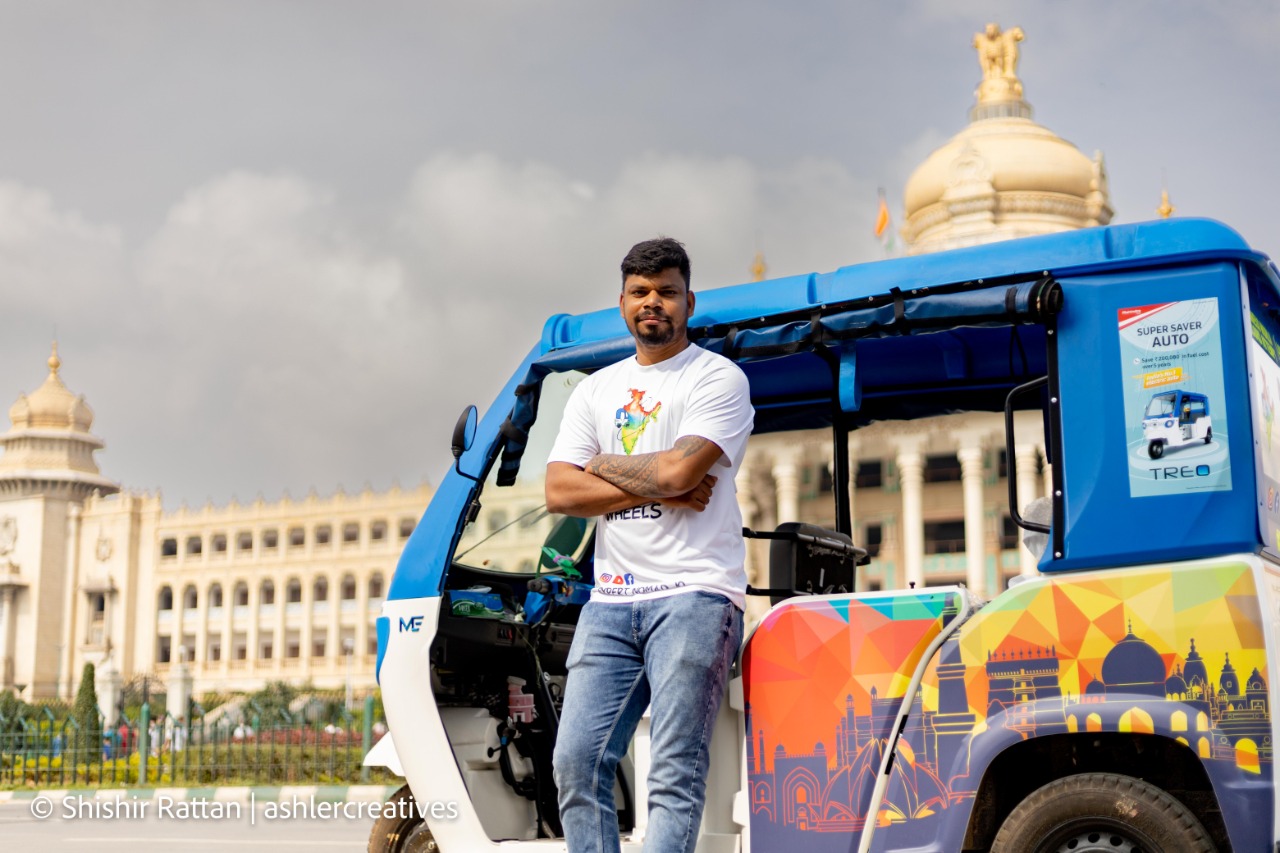 “The journey of a thousand miles begins with a single step”. These are the lines which we associate with the amazing traveller whom we came across. We have never seen someone with so much passion for travel. The guy wore a very raw look and came across as someone like a friend with no air around him. He is the quintessential guy with whom anyone can easily converse. He was fascinated by different foods as much as we were with him. Referred to as the “India Dance Trail”, we are referring to the young and charismatic Jothi Viknesh, who has started an unconventional expedition journey across the length and breadth of the nation. Jothi has been travelling all his life, and his expeditions have always been bizarre, to say the least. So you might ask what the stand-out feature in his journey this time is. This expedition is about a 30,000-km journey on his three-wheeler electric-powered e-rickshaw in an attempt to register his name in the Guinness Book of World Records for the longest distance travelled in an e-rickshaw. He has covered 21,000 km so far over 23 states in 9 months and is striving hard to reach 25,000 km in the next 4 months. Through his journey, he is also spreading awareness about causing zero pollution and travelling emission-free.

He is currently in Patna and was welcomed warmly by the people of the city. We were able to get a hold of him and ask him about the challenges on his journey. He informed us that he was Tamil and had been staying in Bangalore for the past 10 years. He was very candid and pointed out that he faced a lot of problems during his journey on the e-rickshaw as charging stations are very few and he would find it difficult to get his e-rickshaw charged, which had led to his journey getting elongated. The e-rickshaw can be charged over four hours and can provide an estimated 100-110km per full charge. He said that the motive of his trip was actually to enlighten people that electric vehicles are the future and that people should be ready to have a change in their mindset by moving to cleaner vehicles.

He informed us that he felt a connection towards the people from Bihar as they were very nice to him and provided him with the best hospitality. He further asserted that the most fascinating part of his journey was the colourful people and their diverse culture and food habits, which made him fall in love with the different parts of the country.

He has been to all the states in India and witnessed 30 different festivals. He loves to document the folk arts and festivals of India in his travels.
The following were a small sum of his travels:
-All India road trip solo in a Duke 390 for 2 months in 2016.
-Guinness record attempt: got the longest drive by car in Baleno for 8 months, covering 40,000 km with 2 friends in 2019 documenting various Indian folk art forms and unique festivals.

He also conducted workshops on
-dance and fitness in gyms
On culture through dance in schools, named “Know your roots
-on how to use and monetise your skills and travel for free in colleges

By knowing Jothi, we got to know that he was a dreamer and his dreams had no boundaries, just like in his travel diaries. He has a YouTube channel called India on 3 Wheels and is also a drone photographer. It is tough nowadays to meet people who are so passionate about their work and can don so many hats with equal ease. His idiosyncratic ways of changing modes of transport and meeting people all around the country made me reflect that life is much more than working at a desk and people should eke out time to travel whenever possible. It is not the place that is important, but rather the journey and the friends you make on that journey.

We sincerely hope that through the accounts of Jothi, we will have been able to ignite the traveller inside you. India is a wild place to go backpacking, and the sheer size and population of the country means that you can travel for months and barely even scratch the surface of what the country has to offer. The reward for those who take the back roads and are prepared to rough it is an experience that is impossible to forget. even if you wanted to. What you get is a real experience, an up-close and personal view of India and her people. We would end this blog with a beautiful quote that we read sometime back-“Jobs fill your pockets, adventures fill your soul.” 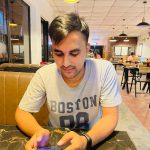