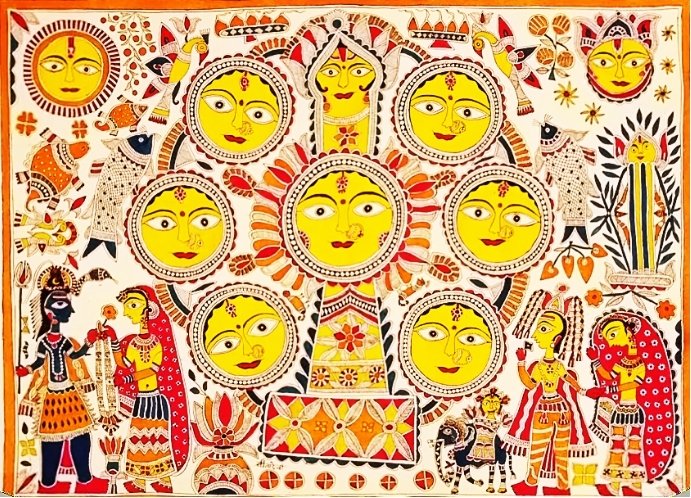 Recently, the Madhubani Railway Station has registered its global presence in terms of its beauty thanks to the Mithila Paintings all around the station. Bihar-bound trains like Rajdhani are well decorated with Mithila art. Moreover, even the capital city of Bihar, Patna, is now decorated with Mithila paintings more or less everywhere, inviting public view.

Last year, when PM Modi was on an overseas tour, during a meeting with the mayor Stefan Shostok of Hannover, Germany, he gifted him a Madhubani painting made by Boua Devi. The art was doing rounds on social media. The rise of Mithila paintings from the regional to global level has an interesting story.

So What Is This Art?

Madhubani is a folk art of Mithila that brings the cultural traits of Mithilanchal to the canvas. It is said that Madhubani has existed since the time of Ramayana. Legend has it that Ram and Sita saw each other for the first time in the forest of Madhuban. The word ‘Madhubani’ is a derivative of Madhu Van.

How Did The Madhubani Painting Begin?

As said earlier, Madhubani painting has its roots in the Ramayana period. At that time Janak was the king of Mithila. After breaking Shiva’s bow, which was a condition for wedding, Janaka’s daughter Sita was married to Ram.

When the marriage ceremony of Ram and Sita was held, King Janaka wanted to use the auspicious occasion to create an indelible impression on the guests who had come from Ayodhya. He ordered all his people to draw paintings on the walls of their houses and courtyards. The art, he instructed, must have an explicit glimpse of Mithila culture so that the people of Ayodhya could get a first-hand experience of their rich culture.

Madhubani painting is the main folk painting of Mithilanchal. Initially, these paintings were made on the courtyard and walls like a Rangoli. Then gradually it came down to the clothes, walls and paper. Men also adopted these folk paintings introduced by the women of Mithila.

Initially, these paintings were made from clay in huts. But now, they are made on fabric or paper canvas. These paintings contain images of deities, nature, and the day-to-day life of the people. The Sun, moon, waterfalls, weddings, Gods-Goddesses are some of the common images that you will see in these paintings.

There are mainly two types of Madhubani painting—one is the “Bheet Painting” which is created on the walls of the house. ‘Bheet’ is a colloquial word meaning wall. The second is Aripan, also called Alpana, which is made in the courtyard.

There are plenty of bright colours used, such as deep red, green, blue and black. Different flowers and leaves for different colours are broken and then grounded, and after that, they are mixed with acacia glue and milk. Paintings also use some mild colours, such as yellow, pink and lemon. The special thing is that even these colours are made from turmeric, banana leaves and cow dung in the house itself. Pepper bark is used for red colour.

Generally, these paintings are made at ‘Kohbar’, a room for a newly married couple. On auspicious occasions, walls of the house inside as well as outside depict such paintings. The artists of the day have now begun to experiment with artificial paints.

Bharni, Kachani, Tantric, Godna and Kohbar are the five styles of Madhubani paintings. Bharni, Kachani and Tantric paintings are the religious types of the style of Madhubani Paintings. It was started by women of Brahmin and Kayastha society of Madhubani. In the 1960s, Dalit women of the Dusadh community started making these paintings in new quarters. Their paintings show a glimpse of King Salhes.

The people of the Dusadh society consider King Salhes as their God. However, today, Madhubani paintings are roaming around the world and have transcended beyond the boundary of caste. Artists are now doing diverse experiments—considering their robust demand in the international market. Its positive results have started coming out. This author has quietly observed all these sorts of paintings well displayed in his village Sijoul, staying there for 16 years of his formative life.

Thousands Of Years Of Tradition

Madhubani paintings are integral to the tradition of Mithila for thousand of years—as it began in the Treta Yuga (epoch). However, it was just a folk art of the villages till 1934. In that year, there was a major earthquake in Mithilanchal, which caused heavy destruction and damage. When William Archer, the then British officer, went to take stock of situation, and he was highly impressed to see these paintings lying in the debris.

Quote of the day- “Life is what happens to you while you’re busy making other plans.”- 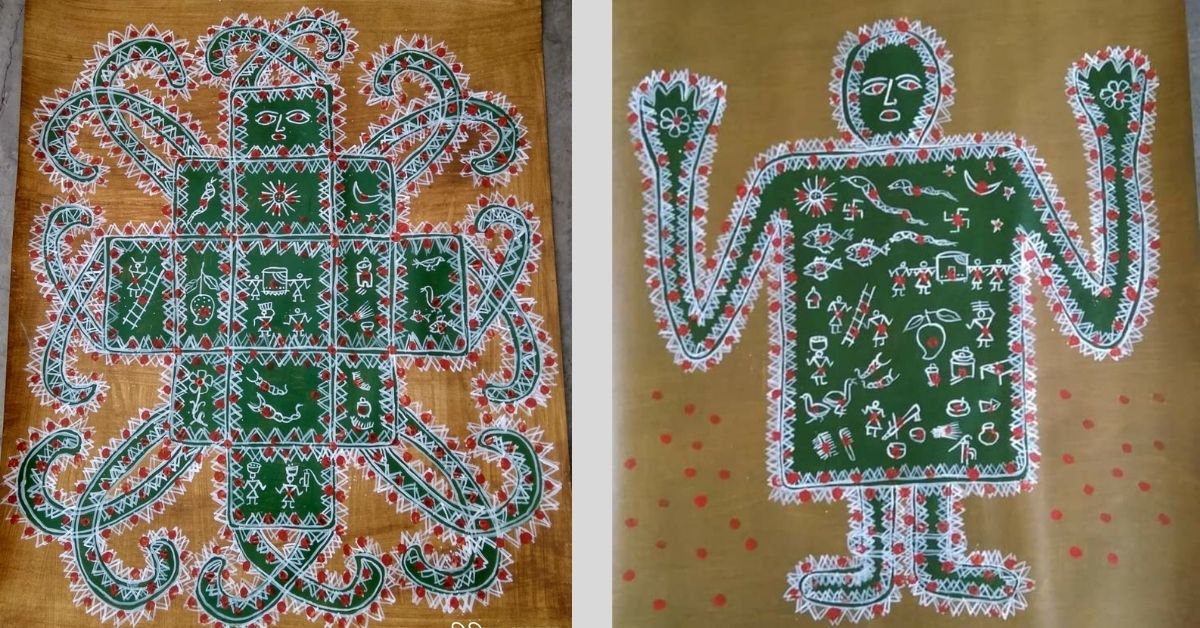