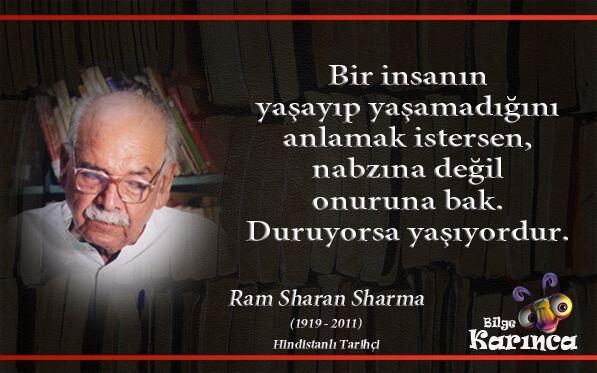 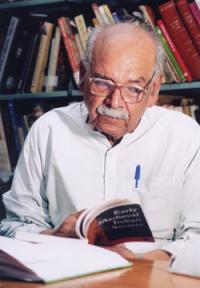 Professor Ram Saran Sharma was an acclaimed historian and authoritative figure on ancient and early medieval Indian history. In many sense he was the pioneer in the ancient Indian history, often regarded as the greatest Indian historian after D D Kosambi.
Dr. Sharma was born on 26th November 1919 in Barauni village, Begusarai district, Bihar. He completed his elementary education from local village school going through a lot of tough period in between. After completing his matriculation in 1937, he joined Patna University and completed his bachelors and masters degree there.  He did his PhD from the School of Oriental and African Studies, University of London under Professor A. L. Basham. After completing his studies, he briefly taught at colleges in Arrah and Bhagalpur. Dr. Sharma joined Patna University in 1946 where he continued till 1973. During this period he undertook various designations and responsibilities. He became a university professor in 1958. He also served as professor and Dean of the History Department at Delhi University from 1973–1978. Prof Sharma received various rewards and recognition during his long, esteemed career. He received the Jawaharlal Nehru Fellowship in 1969. He served as the founding Chairperson of Indian Council of Historical Research from 1972–1977, visiting fellow at the School of Oriental and African Studies, University of London(1959–64), University Grants Commission National Fellow (1958–81), visiting Professor of History in University of Toronto (1965–66), President of Indian History Congress in 1975 and Jawaharlal Nehru Award in 1989. He also became the deputy-chairperson of UNESCO’s International Association for Study of Central Asia from 1973–1978. He also served as an important member of the National Commission of History of Sciences in India and was also a member of the University Grants Commission. He received Campbell Memorial gold medal in 1983 and H. K. Barpujari Biennial National Award in 1992. Some of the other acclaimed honours under his belt are National Fellow of the Indian Council of Historical Research (1988–91), K. P. Jayaswal Fellowship of the K. P. Jayaswal Research Institute, Patna (1992–94), Hem Chandra Raychaudhuri Birth Centenary Gold Medal for outstanding historian from Asiatic Society in August 2001 and Vishwanath Kashinath Rajwade Award for his lifelong service and contribution to Indian history in 2002.He also received  D.Litt from The University of Burdwan and Central Institute of Higher Tibetan Studies, Sarnath, Varanasi.
Prof Sharma wrote 115 books in his lifetime and many more research papers, journals, and newspaper and magazine articles. In his writings Prof Sharma has focussed on early Indian social structure, material and economic life, state formation and political ideas and the social context of religious ideologies. He worked on the historical processes which shaped Indian culture and civilisation. He mainly wrote in Hindi and English but his works have been translated into many Indian languages. Apart from Indian languages many of his works have been translated into many foreign languages as well including Japanese, French, German and Russian. Prof. Sharma had a unique style of working. His mastery of epigraphic, literary and archaeological texts enabled him to demolish many myths created by imperialist-colonialist historiography as well as by the cultural chauvinists of more recent times; he always gave importance to scientific methods while observing any fact or literature. Because of this nature, he often had to face challenges imposed by illogical, radical and anti-social individuals and institutions. While at the Patna University, he introduced many changes in the syllabi to make the subject of history learning accurate on the litmus of scientific temper, logically discarding common and communal beliefs. To his credit, he has improved the standards of academic programmes at the History department of Patna University bringing the secular and scientific historiography into mainstream learning. He worked in a similar fashion at his brief stint at Delhi University as well, where he worked once again on bringing scientific temperament to history learning and raised issues related to communal dominance on the subject. Some of his major works include Aspects of Political Ideas and Institutions in Ancient India, Sudras in Ancient India, India’s Ancient Past, Looking for the Aryans, Indian Feudalism, Early Medieval Indian Society: A Study in Feudalisation, Perspectives in Social and Economic History of Ancient India and Urban Decay in India c. 300- c. 1000. Out of these, I believe most of our readers must be familiar with India’s Ancient Past, which was in the NCERT school curriculum for class XI until a few years ago. While the historians before him were more focused on studying elite class, he focused his studies on peasants and lower strata of society during Vedic and Gupta period in his famous and widely respected book Sudras in Ancient India.
Prof Sharma was committed to high-quality historical research on ancient India. He also gave equal commitment to high-quality teaching and sharing of historical knowledge to forthcoming generations of students. He remained engaged for almost all his life nurturing and building institutions which taught history and promoted historical research. In this regard, his effort in the formation of Indian History Congress is highly notable.
Prof Sharma was popular for his simplistic lifestyle. He always used to guide and mentor students for even the smallest and insignificant tasks or mistakes. He had great urge to learn from everything and everyone. He was very open minded and ready to learn even from a new student in the discipline of history and acknowledge his/her work.
After his retirement Prof Sharma spent most of his time in Patna where he continued his favourite work of reading and writing. He was so dedicated to his work that he kept on writing till his last days. His last book got published just few months before his death. Prof Sharma died on 20th August, 2011 in Patna at the age of 91. On his death, at a function organised by the Indian Council of Historical Research and hosted by the Nehru Memorial Museum and Library, eminent historians Irfan Habib, Romila Thapar, D N Jha, Kesavan Veluthat, Satish Chandra and ICHR Chairperson Basudev Chatterji paid rich tributes to Sharma and emphasised his influence on their work and ideas.

-“After D.D. Kosambi, R.S. Sharma was the greatest historian of India.”- Bipin Chandra
-“R. S. Sharma, a perceptive historian of Ancient India, has too great a regard for the truth about the social evolution in India over a period of two thousand years, stretching from 1500 BC to 500 AD, to take refuge in a world of make-believe.” –  Sham Lal
“Indian historiography, starting with D. D. Kosambi in the 1950s, is acknowledged the world over – wherever South Asian history is taught or studied – as quite on a par with or even superior to all that is produced abroad. And that is why Irfan Habib or Romila Thapar or R. S. Sharma are figures respected even in the most diehard anti-Communist American universities. They cannot be ignored if you are studying South Asian history.”- Sumit Sarkar
“A man of courage, conviction, utter humility and a strong social commitment, Professor Sharma is as unassuming as indefatigable in his academic pursuits. Full of compassion, he has been a constant source of inspiration to his pupils and other younger scholars. While he has been all warmth to his friends, he is extremely decent and generous to his detractors. His qualities of head and heart make him a truly great man.” –  Dwijendra Narayan Jha 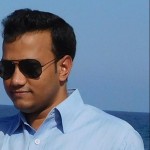 Trained Engineer| Passionate Writer| Avid Reader| Social Observer | Problem Solver That common guy you cannot distinguish in a crowd. That one person you remember once you meet. Love this Sanskrit quote: |तेजस्वीनावधीतमस्तु|