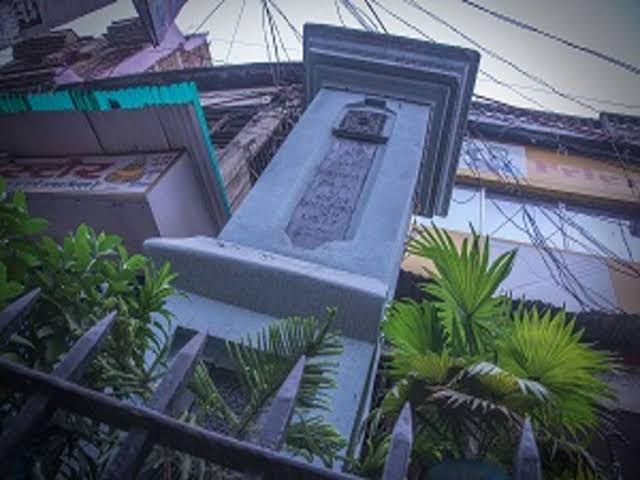 Paschim Darwaja which now stands as a landmark to locate nearby places and shelters several street food stalls was once a site of great historical importance. It stood tall spanning for a long period of time and witnessed the rise and fall of varied dynasties. The Paschim Darwaza present in Patna City holds history which dates back to the 16th century.
So the story goes like, Patligram was founded by Ajaatshatru, and later on his son, Udiyan made Patliputra the capital of Magadh. Paschim Darwaza was the entrance to the Royal capital of Magadh back in time. The area was guarded by high stone walls and huge wooden gates. It was one of the two huge wooden entrances erected, Paschim Darwaza as the name suggests was the West entrance to the city.

A ditch was dug alongside the walls which remain filled with water of river Son and holy Ganges. The city consisting of 570 Minars was guarded by 64 huge gates. A gate was erected at regular intervals of 500 meters. With time the enormous gates deteriorated owing to the climatic changes and destruction from war. Now it stands as a mere dumping ground for the locals.
During the 16th century, the area which falls under Patna and Hajipur was ruled by Daud Khan who was overthrown by Akbar of the Mughal Empire. Crowned in Delhi, Akbar sent Munin Khan to fight for him and asked Lahore’s King Raja Todarmal Khatri to accompany him on his quest. His order was followed and soon he heard from Munin Khan who requested him to come down to Patliputra with the Mughal Army.
Akbar started for Patna via waterways and reached on August 4, 1574. Army base camps were set near Golghar. The next day Akbar along with his force left for Panchpadri where they were attacked by the Karni Pathans. Akbar took over the Hajipur, the center of Karni Pathans after defeating them in the war, on August 8, 1574.
Daud Khan ran away to save his life after being defeated at the hands of Akbar the Great. On August 9, 1574, Akbar entered Patliputra through this very Paschim Darwaja which was also called ‘Dilli Darwaja’ as it gave way to the King of Delhi.
It’s heart-wrenching to see a place of such historical importance being forgotten by its people. The youth hardly knows that there’s history associated with this very place, which they might cross every day. Next time when you pass by this Great Entrance maybe you can stop for a bit and relish in the beauty of it’s past.