The Auspicious Festival of Our Country: Deepawali
Skip to content 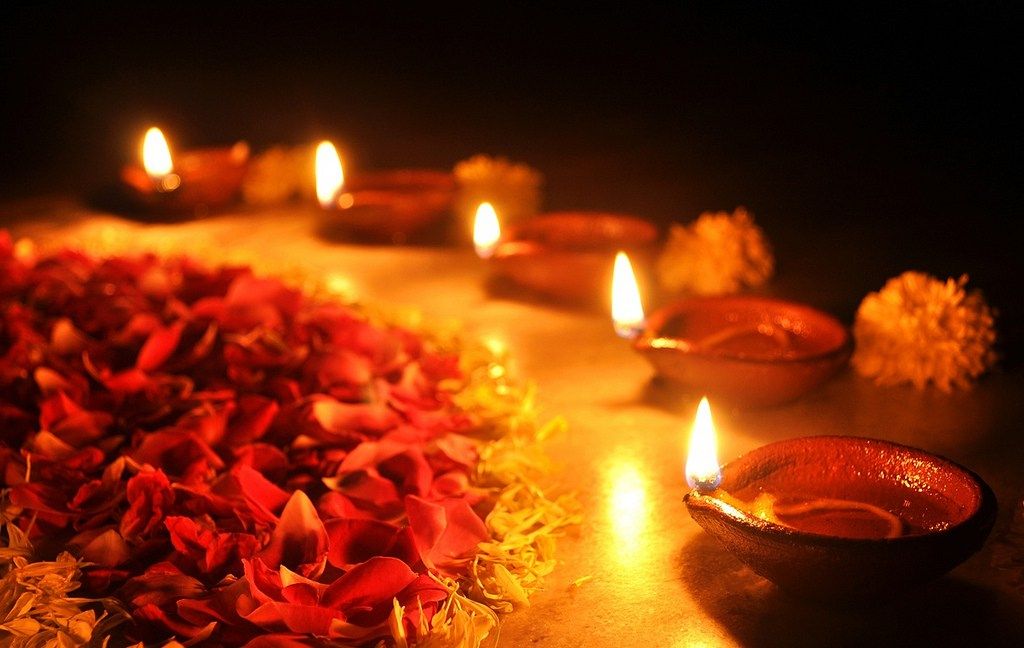 The glamour of light, the festival of joy. The enchantment of the sweets and the merriness of the relatives. Diwali is not just a festival in India but a joyous occasion. The victory of lights to vanquish the darkness, the truth over evil, is what Diwali expresses to us. This festival which is a nation-wide celebration grams the emotions of happiness and love.
The celebration is the emblem of Lord Rama, Goddess Sita, and Lakshman on the arrival in Ayodhya after completing their ‘Vanvas’ for 14 years. The residents of Ayodhya had lit diyas filled with ghee. However, different religions hold different religious significance behind celebrating Diwali. The Jains celebrate Diwali in the observation of ‘Mahavir Nirvana Diwas’ while Sikhs celebrate it in the remembrance of the release of the Guru Hargobind who was prisoned in Gwalior Fort by the Mughal emperor Jehangir. Nonetheless, Lord Ganesha and Goddess Lakshmi are worship far and wide.
Celebrating in the month of Kartik, Deepawali is a five-day festival. It starts with Dhanteras, Dhan meaning wealth, and Teras means thirteen in Sanskrit that marks the thirteenth day of the dark fortnight and commencement of Diwali. People buy new utensils, new jewelry, home equipment, or anything new on this day. Kadamkuan, Boring Road, and major shopping arenas of Patna are filled with shoppers. Several Jhalars, lights, firecrackers shop are also jam-packed with people this very day.
Following this day comes the Chhoti Diwali or Narak Chaturdashi, the second day of the festival. The rituals followed on this day signifies the remembrance of the ancestors and free their souls from tribulations in Narak or hell. People purchase sweets or festive mithai as an offering for the deity. Diwali is not just a festival of lights but also a festival of flavor. The various foods add zing to this festival.

On the Lakshmi Puja or the main day of the Diwali festival, people lit diyas, candles and brighten their homes. Moreover, the decoration of the houses with pretty flowers, jhalars, and rangoli captivates this day. At dusk, the family members worship the lords and ensure prosperity for the family and themselves. The echoes of firecrackers are far and wide while illuminating the sky. The people keep their windows and doors wide open so that Goddess Lakshmi finds her way to every home and brings along with her wealth and good luck.

The shopkeepers worship their shop and also some of them regard this day as the closing of the financial year. The city dazzles with light and beams with affections. The tradition is of gifting sweets or some money from the elderly to the children or relatives . Wearing new clothes, Feasting over delicacies makes this festival most awaited among children as well as elders.

The fourth day constitutes the Gowardhan Puja followed by Bhai Dhooj on the fifth day. The worshipping of cows is in the former one while the latter celebrates the bond of brother and sister. During the five-day festival, some parts of the state host several meals. Although this festival is very prestigious, it comes with a lot of hazardous pollutions. The firecrackers bursted on this pollutes the air with a lot of chemical particles harmful to the environment as well as the living beings.

Nevertheless, while being aware of society and towards the animals, this festival does bring happiness and joy to our lives. This festival teaches us about the importance of brightness in our lives and the knowledge that victory prevails over evil.