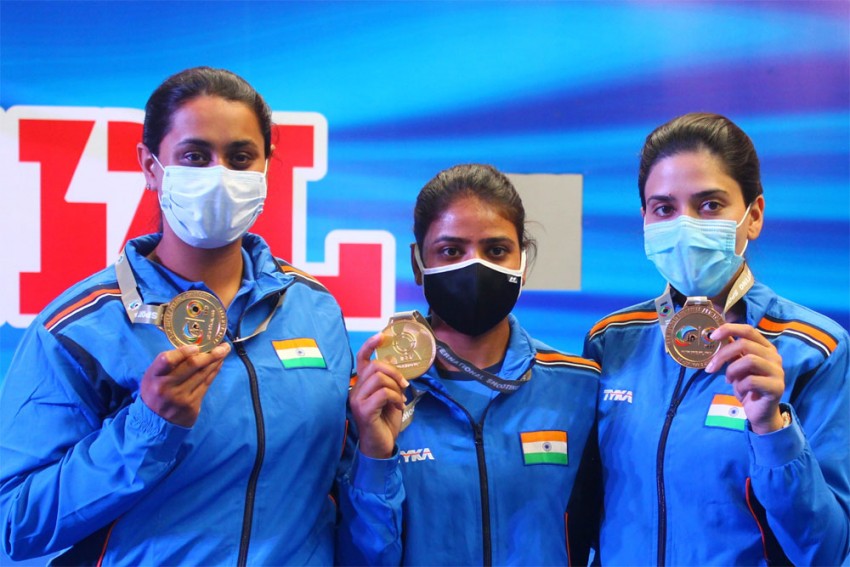 Shreyasi Singh, BJP MLA from Jamui district in Bihar, has won the gold medal in the women’s trap team event of International Shooting Sport Federation (IISF) World Cup.
IISF world cup of Rifle, Pistol and shotgun was held at the Dr. Karni Singh Shooting Range in New Delhi from March 18 to March 29.
Second time gold medal winner has bought laurel to the state by defeating Kazakhstan with 6–0 score in the final of the women’s trap event. Shreyasi Singh played along with Rajeshwari Kumari and Manisha Keer in the world cup.
Singh started her career in sports in 2010 with commonwealth Games held in Delhi, where she competed in the singles and pair trap events. She joined the Indian team at the 2013 Trap Shooting World Cup held in Acapulco, Mexico, where she won the 15th position. She went on to win the silver medal in the singles double trap event at the 2014 Commonwealth Games in Glasgow. In the same year, she won the bronze medal at the 2014 Asian Games in Incheon in the Double trap team event. She won the gold medal in 61st National Shooting Championship while representing Bihar, in 2017. With this medal, India’s tally of gold medals goes up to 14.