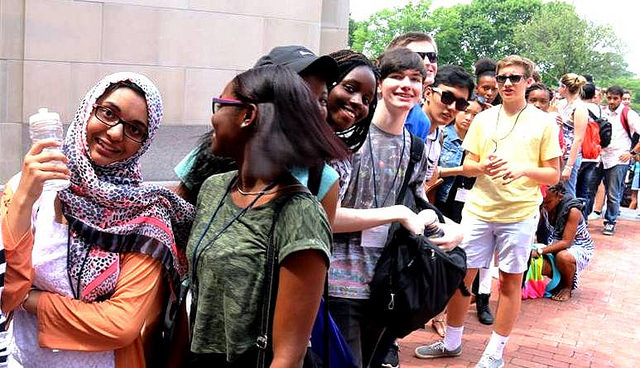 New Delhi: Shireen Rahmani, a student of Grade XI, Al Majid International School, Dammam, KSA, recently attended the prestigious educational Global Young Leaders Conference (GYLC) in the USA. Joining other outstanding high school students from around the world, Shireen Rahmani took part in the extraordinary leadership development experience representing the Kingdom of Saudi Arabia. An Indian expatriate, Shireen has spent all her life in the Middle-East (Abu Dhabi, Dubai, Jeddah and Dammam). Originally she belongs to village Raksia, with a base in Muzaffarpur, Bihar. 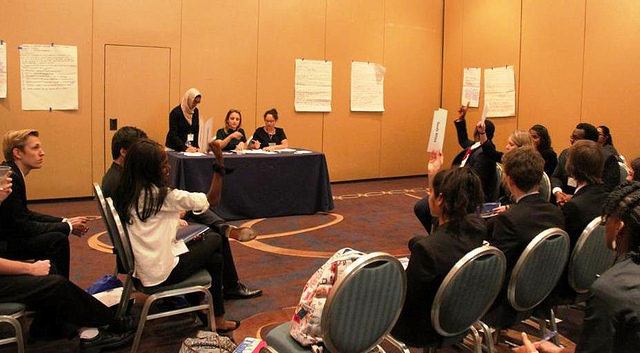 The 10-day conference, based in Washington DC and New York, was an initiative to promote today’s youth to realize their full potential. The Global Young Leaders Conference provides a historical view of leadership and encourages 16-19 year old students to develop their own leadership skills and strategies for success in the 21st century.

At the conference, 215 teenagers were divided into eight groups nominally representing eight of the world’s leading nations: the United States of America, the United Kingdom, the Russian Federation, Turkey, Republic of China, South Africa, France and India. The scholars took part in two simulations, voicing their representative country’s stance on the issue at hand. The first was the United Nations- Security Council, which discussed the ongoing situation border divide in the country Cyprus. Each country had to draft a resolution that would attempt to peacefully resolve the rift in the country, keeping in mind the interests of their own country. It was here that Shireen joined the leadership committee, playing the role of Recorder and chaired the council along with the Chair and Vice Chair.

The second simulation, namely the Global Summit, was on a much larger scale and took place in the headquarters of the United Nations, New York. Various commissions were set up including Free Trade, Science and Technology, Health, Food and Hunger and Economic Divide. Each commission had to draft a resolution while forming coalitions, in order to better the situation pertaining to their area on a global scale.

Shireen Rahmani was nominated for GYLC in Grade 11 at Al Waha International School, Jeddah, by her teachers based on her stellar academic achievements, achieving A*’s in all eight subjects in her IGCSE’s Top in Country award: First Language English and overall band of 8.5 in IELTS. 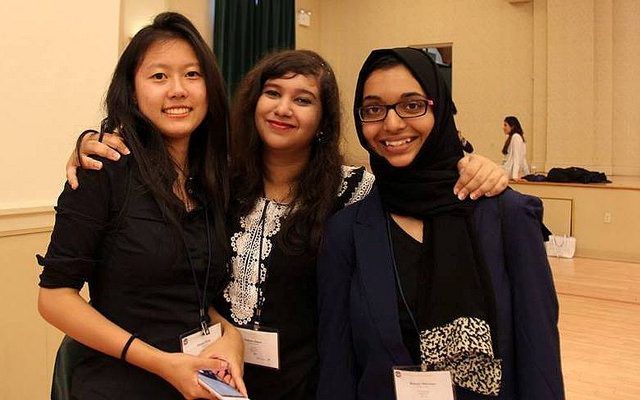 Shireen Rahmani recently received 3 A’s in Physics, Chemistry and Biology in A/S Level Exams. On the basis of her IGCSE result, predicted AS Level result and extra-curricular activities, she secured an offer of admission with a scholarship of $140,000 over 4 years (Appx. 1 crore Indian Rupees) from four US universities for admission in undergraduate course: Denison University, Ohio; St. Lawrence University, New York; DePauw University, Indiana and Ohio Wesleyan University, Ohio. She was also waitlisted on the prestigious University of Chicago and Washington and Lee University. She will be joining one of them after completing her A levels in 2017.

With regards to her future, Shireen states, “I think it would be wonderful to go to university in a new country and experience a diverse culture. Studying in the United States would be an amazing opportunity, so that later I can come back to serve the community that helped me reach there.” She is interested in pursuing a career in the medical field, to come back and practice in Bihar.