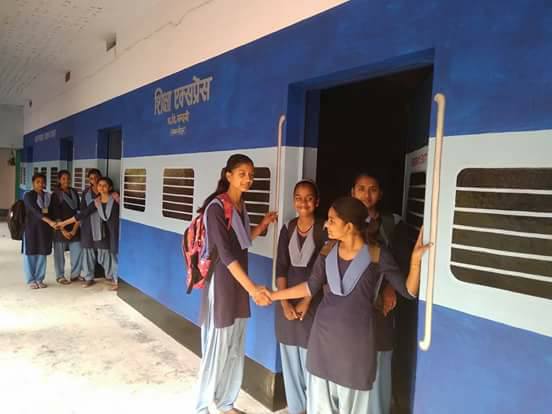 Authorities in Bihar have designed the classrooms of a government school to look like train compartments with the objective of attracting children to school and introducing them to the “pleasure of learning”.

Government Middle School, Mohiuddinagar, located in Samastipyur district, some 120 kilometres east of Patna, has turned into the centre of attention for its design, with children only too interested in grabbing seats in various compartments in the “Education Express”. Although the school has a total of 27 classrooms, eight of them have been given the shape of  train compartments; they have been nicknamed “child-friendly compartments”.

Curiosity among the children of the school, which spans grade one to eight, must be seen to be believed. School teachers said since the classrooms were painted in the shape of the train bogies, students work hard to reach school on time and grab the seats in the classroom.

“We find the children coming to school happier than before and that’s what we wanted,” said school principal Ram Pravesh Thakur, whose brainchild the initiative is.

“Just as travelling is a pleasure, we wanted the students to experience the same delight while learning as well, and hence adopted the idea,” he explained, adding there has been remarked improvement in the attendance of students since he got the school’s classrooms painted like a train. 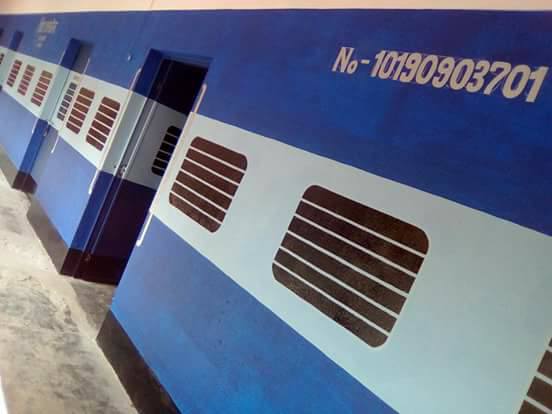 The principal said he discussed the idea with various artists before giving it  concrete shape. Currently, there are 400 boys and 350 girls enrolled in the school running since 1925.

The school administration had the institute painted in winter; spending around Rs10,000 (Dh571) for the project. 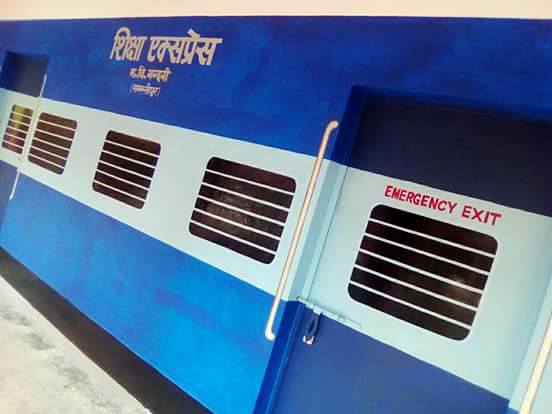 Despite various efforts launched by the state government in the past, poor attendance and dropout rates remain a matter of serious concern in Bihar. As per reports, more than 200,000 children are not enrolled in school.

Recently, the police department launched an initiative that saw more than a million children working in roadside hotels, shops or employed as child labourers admitted to the schools.

Another project to lure children to school was launched earlier by the state government that saw  poor children going to school receive a one-rupee coin for each day of attendance.

The initiative was launched in 2009 while Jitan Ram Manjhi served as the tribal welfare minister before being promoted to chief minister of Bihar in 2014. However, the initiative has not done as well as hoped.