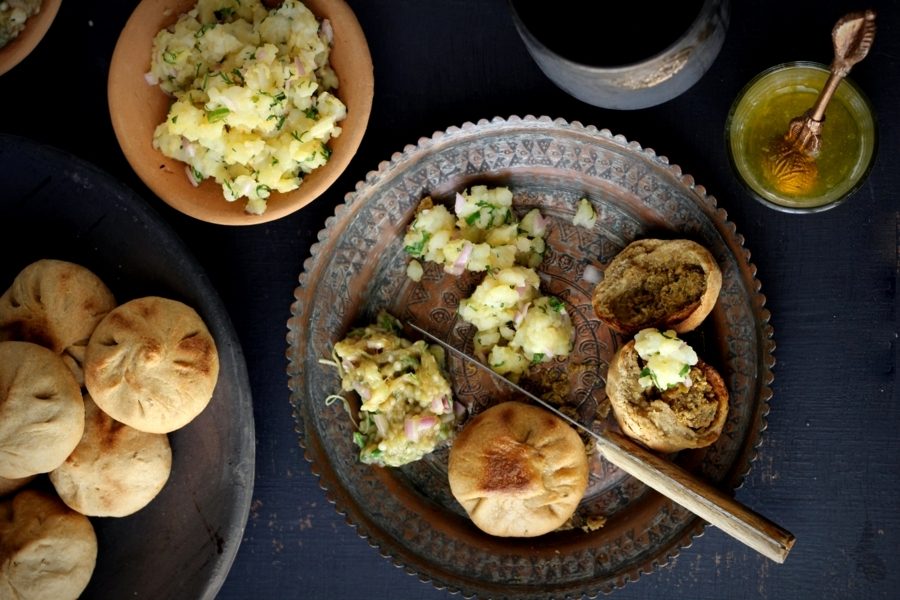 From a travel food, to the staple meal of revolutionary armies, to the plates in contemporary dining — here is the story of the ubiquitous, but not famous, sattu.

If you haven’t had a litti-chokha, there is a good likelihood that ‘Sattu’ may have the same sense of familiarity as berma (a kind of dry fish in Tripura). But in no way does the lack of stardom of this ancient instant food deride the role this first Indian Horlicks played in history— and the making of it.

Take the case of the 1999 Kargil War in the Batalik Sector. While the heroic win is a legend today, not many know that the win initially was achieved courtesy Ladakh Scouts. Raised in 1963, in the wake of the 1962 debacle against the Chinese forces, this hardly written about unit was instrumental in ensuring that not only the little battalion posted up there got their ammunition and information supply, but food as well— especially sattu.

For ages, this instant food made of roasted barley— with absolutely no expiry date—has been the secret behind this battle-worthy team. Also called ‘tsampa’— another form of sattu that is popular in north India, including Punjab— it is said to come from Tibet. For thousands of years, it has been the staple food for warriors and monks alike who had to go without proper food for a long time because they were either guarding the monastery or walking treacherous pathways.

A wholesome meal, sattu—especially the barley sattu— has been among the pious foods in Quran and goes by the name ‘saweeq’. Legend has it that Prophet Muhammad, on his way from Khyber (at Sadd-al-Rohaa’), rested in a village. In the morning, he said to one of his followers: “Whatever food a person has, he should bring it to us.” What came to the prophet’s table was ‘hais’— a delicious, filling, nourishing concoction made of dates and ‘saweeq’. It was an instant hit and soon became a blessed sweet to be offered during weddings and a part of the ration carried by Arab traders. Barley-based sattu is still a traditional breakfast in the interiors of Punjab, much like the roasted gram variety found in Bihar and Odisha.

Also Read : From litti to sharbat : Sattu recipes you must try

In Bihar, sattu— much like smoked meat in North-East and pickled vegetables in the West— is considered a rainy day buffer purely because of its impressively long shelf life and, of course, the versatility. The beauty of sattu, says chef Manish Mehrotra (Indian Accent), “is that you can use it to make a variety of dishes- both cooked and uncooked- with incredible deliciousness.”An excellent example of this is the chef’s special sattu ka paratha— a traditional gourmet dish that he serves with katti dal and chokha. Another beautiful example of sattu is a cooling drink that can help you survive the killing summers of this region. Made with salt, sattu and a dash of lemon, this is thicker than shikanji and is the best coolant and digestive after a heavy Bundeli meal. Or, adds chef Mehrotra, “can substitute a good meal when you have little time and need all the nourishment”. 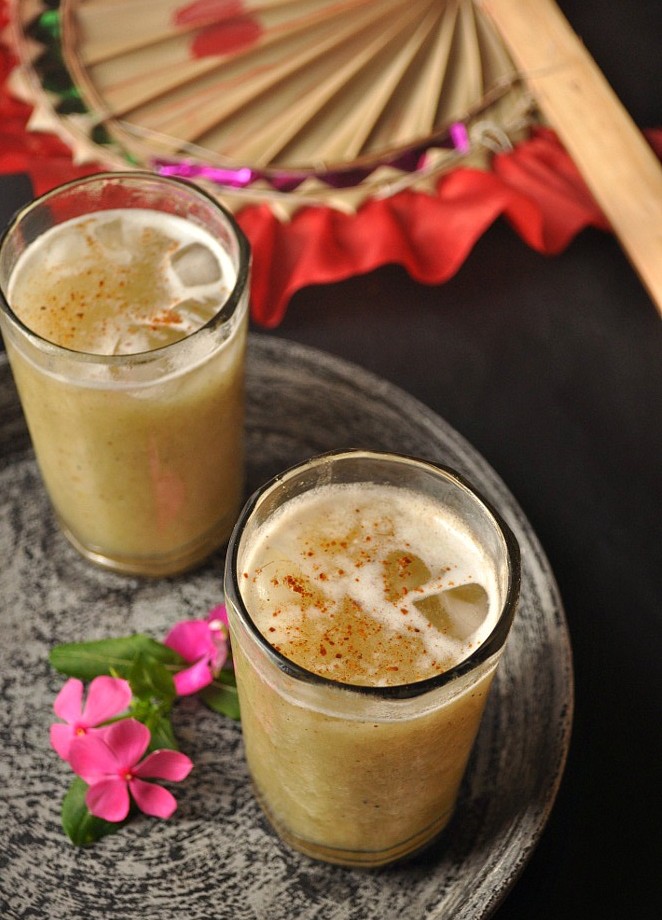 In 2002, it was no surprise then that a conference attended by physicians, held in Delhi, concluded that sattu is ideal for diabetic patients as it holds its own on what is called the ‘glycemic index’. The glycemic index ranks foods on how they affect our blood sugar levels. This index measures how much your blood sugar increases in the two to three hours after eating. If food containing lesser carbohydrates and higher levels of protein and fat are considered to be good for diabetic patients, sattu seems to possess the right combination.

In fact, our ancestors were already aware of this nugget since sattu was a staple untill the end of the Kushan Empire. It is said, that during that time, Kalinga sailors and soldiers would carry sacks of sattu (and chuda) to sustain their long maritime trips. In Mauryan times, sattu was part of the payment for in-war battalions much like chicken soup was for those employed in the Tang Dynasty army. Given its interesting mix of nutrients, sattu became the choice for Shivaji when he was engaged in full-scale guerrilla warfare against the Mughals and its allies. One of the reasons for this was because sattu— which is essentially powdered sand-roasted gram— didn’t have to be cooked.

In fact, many believe that the invention of sattu was more so it could be used as a travel food for the working class (read: farmers, brahmins and the ilk) rather than as a morning breakfast. What gave it the initial popularity, of course, was the Brahmin class taking a liking to it. Back then, ‘sarai’ and ‘araam ghar’ were common place, but far and few in between. Add to that the fact that few couldn’t afford a rest house (especially the poor) and others didn’t eat at these places because of their religious beliefs. This made sattu a travel essential that not only satiated the stomach but the mind too. All you needed to add was water – and it was considered pure, no matter where it came from.

But it was sattu’s nourishing quality that eventually made it a favourite of monks who would carry out impossible travel missions, carrying a small sack of sattu. And likewise for messengers and soldiers.

By medieval times, this ancient instant food had evolved and the simple mixture now had an addition of wheat, lentils and chickpeas. Today, it is available in both sweetened and unsweetened varieties. It was also the time when‘sauviraka’, barley wine made with clarified butter and mashed vegetables also made its presence as a celebratory drink in the army. 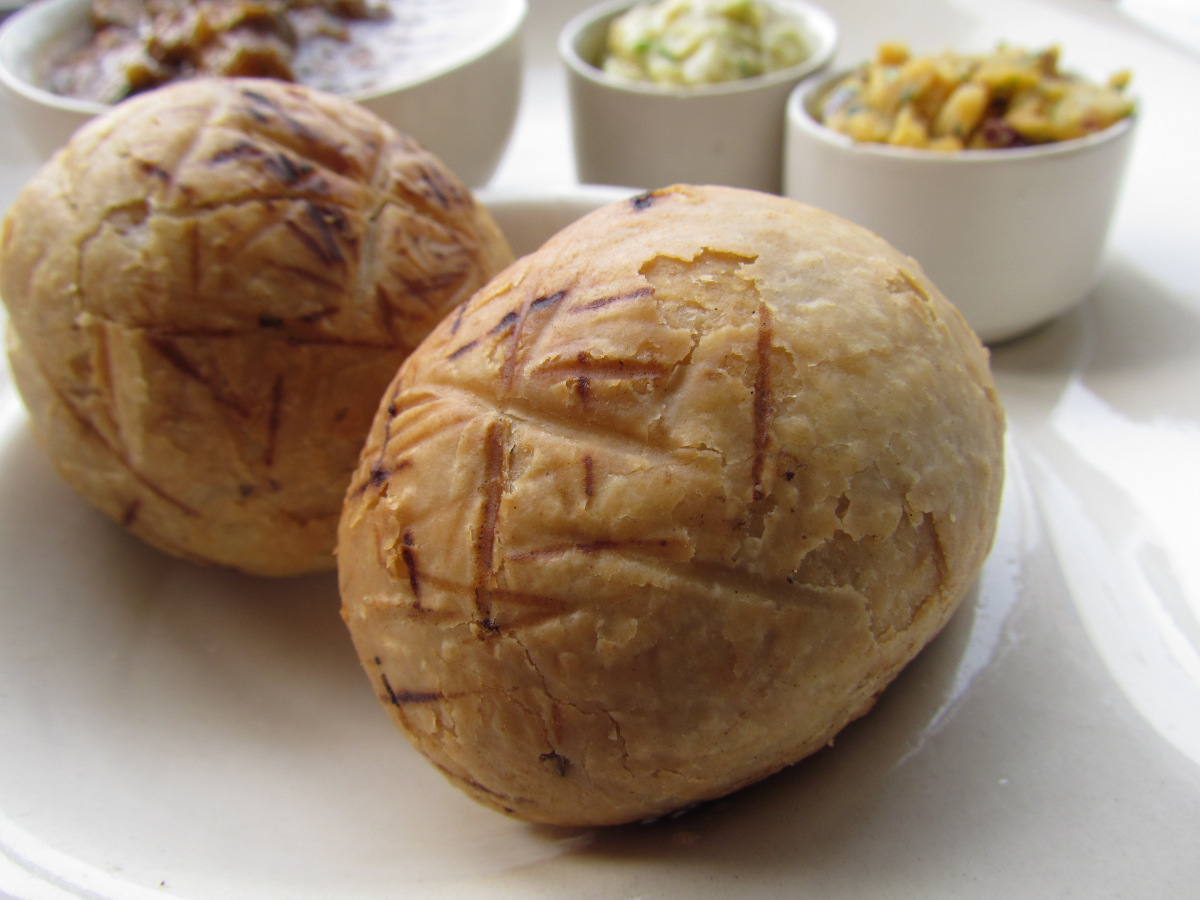 Sattu and litti were the major weapon that helped Veer Kunwar Singh, zamindar of Jagdishpur near Arrah (Bihar), sustain his fight against Major Vincent Eyre and Captain Le Grand for a considerable time. Sattu saw a revival, once again, during the famines in the 19th century. This poor man’s porridge took on the dual role of a meal and antidote to save those suffering and dying of malnutrition, and the apathy of the state’s political class. The ease of transporting it and its edibility made sattu a prime tool for the revolutionary as well, who called it their “powerfood.” Folklore has it that, much like soldiers and outlaws back in time, revolutionaries, too, had to go without a proper meal for months in a row. That’s when this interesting premix (sattu now was prepared with gram, wheat and rice) would give them the strength to continue.

So how did such a vital piece of food history disappear into darkness? Part of the reason for this was the ever-evolving food scene that gave newer generations more options to choose from; and second was the lack of patronisation. Unlike dal bati, which graduated to the royal corridors and eventually became an iconic dish of Rajasthan; litti—which is considered to be the father of bati and bafla— isn’t only a harder dish to master, but also to take a liking to, vis-à-vis the paratha. The result: sattu, the main filling, suffered too.

Of course, now, with its virtues rediscovered, sattu is once again a food lifeline— this time, for good health and weight loss.

But the culinary world isn’t far behind either at popularising sattu. For example, the eye-pleasing litti chokha profiteroles served at the Masala Library by Jiggs Kalra. A contemporary take on the traditional breakfast, here the shell of the litti is made of sattu batter, which is baked into mini profiteroles that are then filled with the aloo chokha and served topped with aubergine caviar. But what makes it special, says Head Chef Saurabh Udinia, is “that in spite of the modern presentation, the taste is still what a palate will associate with the real litti chokha.” 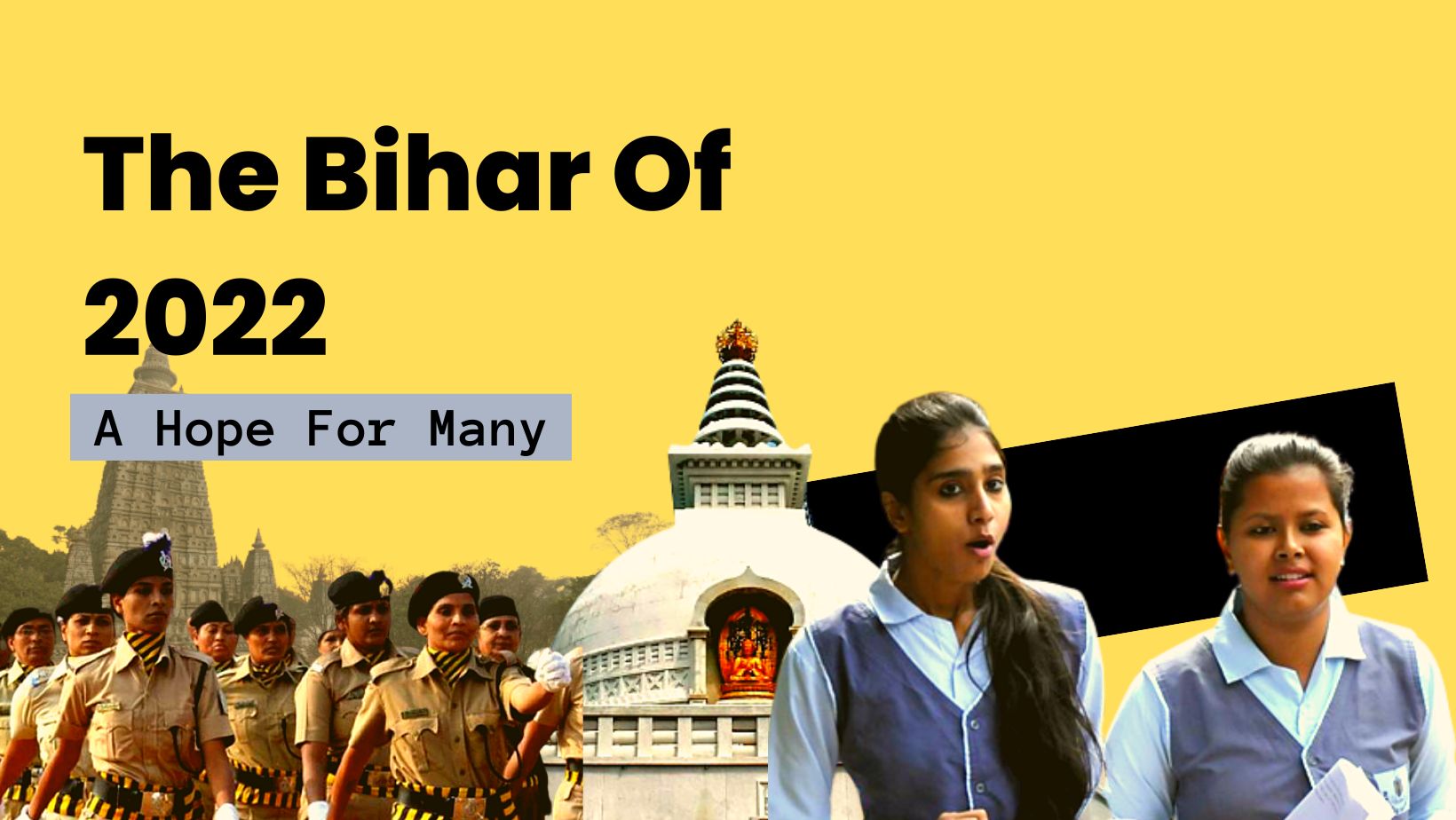 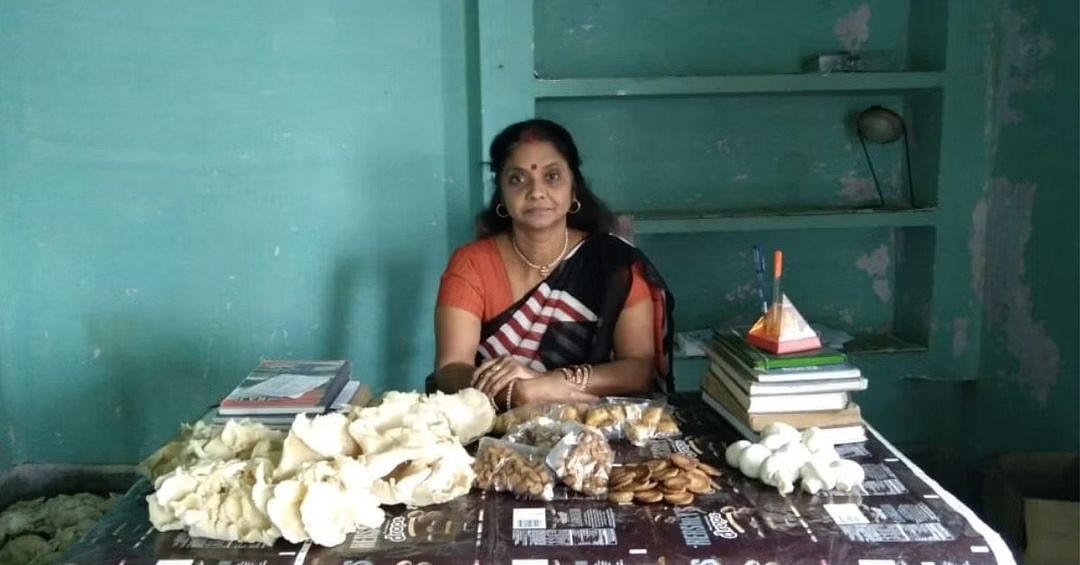 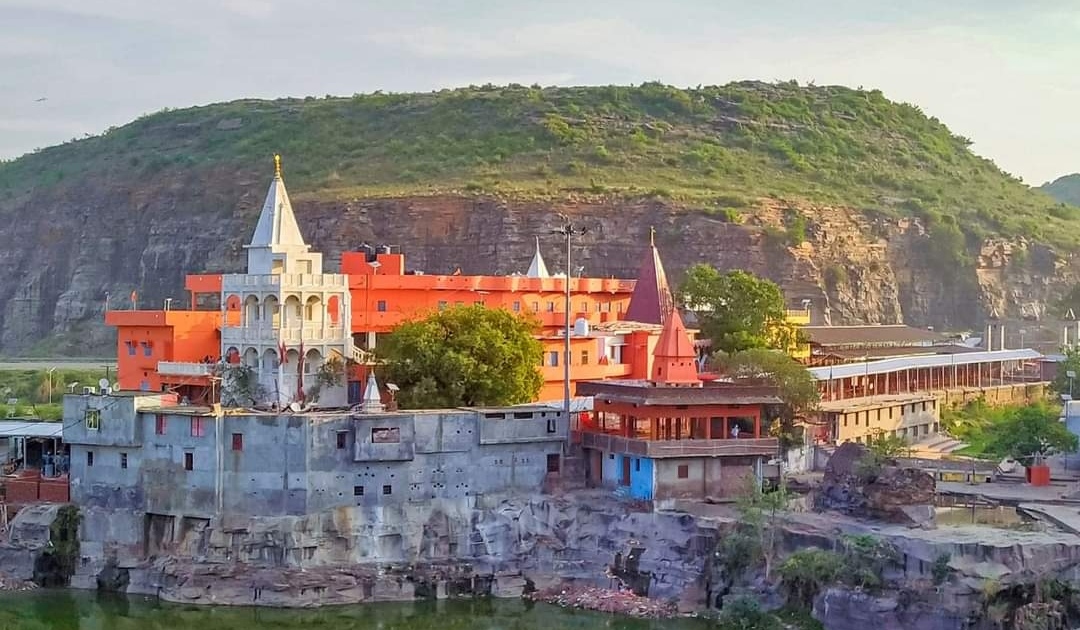