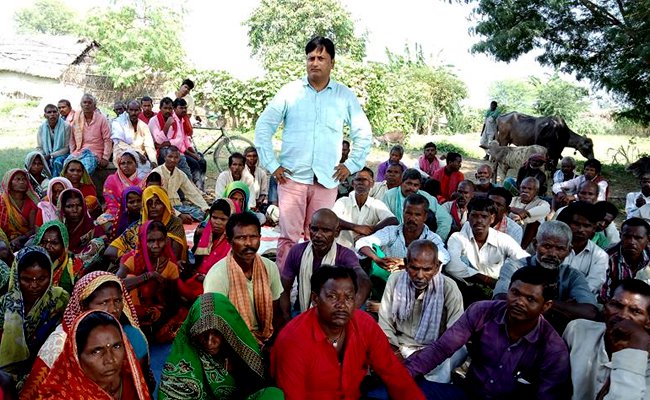 Untouchability and caste based discrimination have become incurable diseases for the society and even after 72 years of independence, we are still not able to abolish it completely. On one hand we are singing songs of developments in the country and living a comfortable life,  whereas there is a large number of people who are still considered to be untouchables. People avoid going near them, let alone touching them. They’re not allowed to fetch water from the common ponds, neither can they eat with people from higher castes. Many such horrible traditions are still being practiced and these people are accustomed to it. But a ray of hope is still alive as people like Sanjeev Kumar are doing their level best to tackle it. 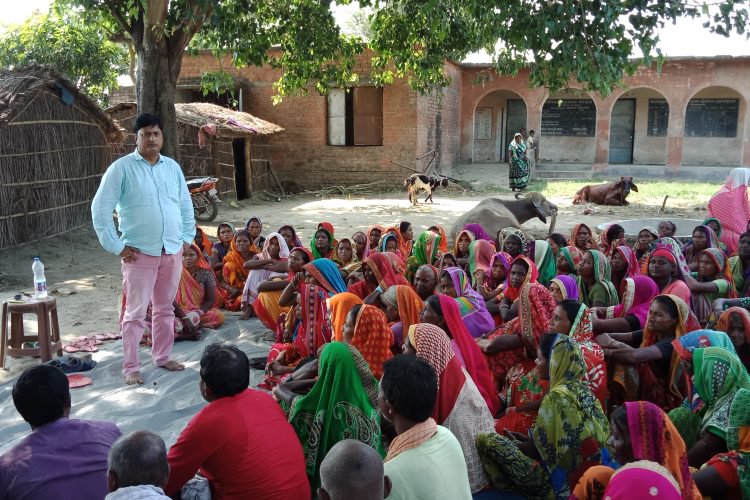 Sanjeev Kumar is the man who’s fighting from this horrendous custom since 14 years in the villages of Bihar. Sanjeev did his MBA from Delhi and was pursuing modelling before starting this noble mission. His story behind leaving the luxury of a metropolitan city and coming to the village of Bihar is really very inspiring.

He was living a comfortable life in Delhi with his parents until he got a message about his sister’s mother-in-law’s demise. Because of the gathering in her memory, Sanjeev, with his parents, had to visit a small village in Khagariya district. After the gathering, a Banquet or “Bhoj” (as called in Bihar) was arranged for the guests. After eating, he saw that a lot of food was left and was being thrown into the dustbins. After a while he noticed that few people were peering into dustbins and eating those leftovers. He wondered about it and then asked his sister and his father-in-law and the answer left him shell shocked. They belonged to the Dom community and they were considered untouchables. They were also not allowed to sit and eat with other people.

Before this incident he didn’t even know that such customs exist. That was the very first day when he realised that how discrimination is deep rooted in our society. Where on one hand we are wasting food and on the other, some people have no other choice but to eat the thrown-away leftovers only. But as he was there for an occasion, he soon had to leave for Delhi.

In Delhi, he couldn’t help but keep on thinking about that incident. He was so disturbed and when he couldn’t resist the urge to do something about it, he packed his bag with only couple of pair of clothes and left for Bihar. He said that he’s going at his sister’s place. He told his parents about his motive that he’s going to do something for them but didn’t tell his sister and her family about this. His family advised him about the dangerous consequences he would face but it took him one year to convince his parents and he finally left in 2006.

Once reached, he started visiting areas of lower community every morning and started observing the daily routine of those people. He witnessed that huge gap between communities because of caste based discrimination which was needed to be bridged as soon as possible. He started talking to them, teaching them, spending them and empowering them.

We all know how news spreads like fire in small towns and villages. People got to know about him and told her sister’s family. He had to leave the house because of that. Then he went to a nearby village where his uncle and a cousin used to live. He stayed there for a while and then same issues emerged but more vigorously. The villagers laid a trap where they poisoned the food and planned to make his cousin eat that. The plan was to get him arrested in the case of murder of his cousin. Somehow a Block Development Officer pulled him out of it. He, then rented a room nearby and that too was in a very poor condition. But till then, Sanjeev Kumar was one of the Dom community. He used eat with them, bathe with them and teach them. He was now a part of family. 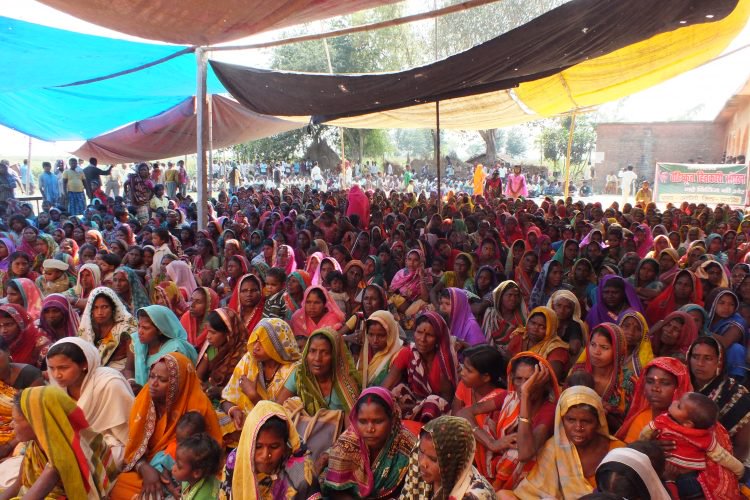 He took many initiatives for their elevation and strongest of them was forming this group called Bahishkrit Hitkari Sangathan. Other than Dom community, people from other untouchable communities like Chamar, Mushar joined him.

His daily routine was to walk at least 16 kilometers to go around 40 villages, talking to them, observing their issues and empowering them. He created their own Panchayats which had people from backward castes only. Their own people became the Sarpanch and other posts. They held meetings, and talked about resolving their issues.

Also Watch: This Bihari is teaching the world, how to live with nature

He challenged many old practices which the people were accustomed of. The untouchables were not allowed to touch the water of Ganga so and Sanjeev, with 400-500 people, having musical instruments and horses, went to bathe in the Ganga. People were scared at the sight of them, and hence did not dare to stop. Finally, the women filled their matkas with water from the Ganga, and the rule was broken.

But while during all these, he encountered many dangerous incidents. He was threatened by political figures of the area, carried away by goons and almost killed. These incidents happened multiple times, and made him much stronger. In between all these, Sanjeev got married but her wife left him when she was pregnant. Now he knows that he has a son but he is unaware of their location. 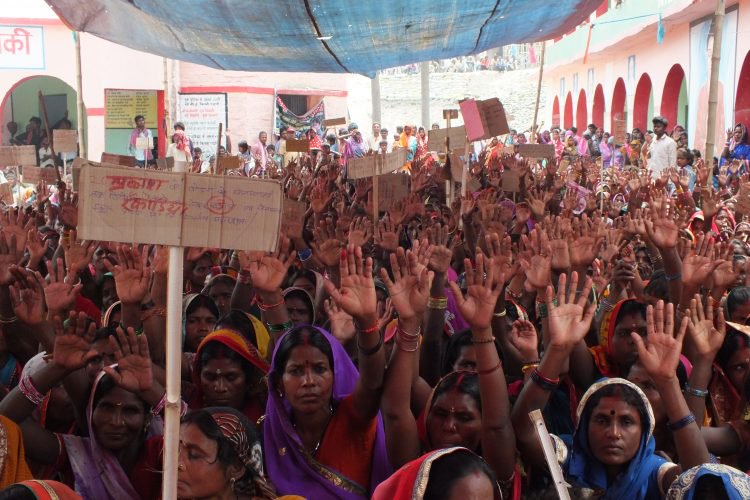 But then there were also people who supported him with funds. Aamir Khan has extended his support to them. The government has arranged them proper land and homes to live in. But the best part of this revolution is that now there are people visit them and shake hands with them. People are hugging these people who once accepted their fate as “Untouchables”. A lot has changed in last 14 years but there’s a lot which still needs to be. Now that these “Untouchables” know their rights and how to fight for it, there’s a long way to go for them.

“I don’t regret the fact that I left modelling, my city and my family. The urge and the passion to change the world came very naturally to me, and I have followed my heart. We sure are free from the British rule, but are we really free as long as we are not equal? Everybody is born the same from their mother’s womb, and their castes are decided only by us. We do not have the right to label a human being as anything other than a human being,” as he said to The Logical Indian.

Sanjeev Kumar is a ray of hope, not only for Untouchables but also for the ideas of Baba Ambedkar, who once dreamed of a society without any caste barrier. People like them keeps us realizing that two India exists in this country. The first India comprises of us, privileged enough to fight for our future but the other India doesn’t know what future is and is completely detached from the outer world. They have accepted this marginalization as their fate and living with it.

PatnaBeats wishes more power to Sanjeev Kumar and pray for his well being.