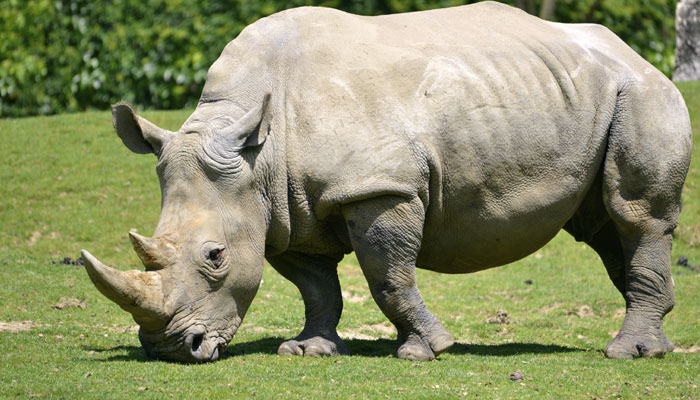 For Sanjay Gandhi zoological garden, popularly known as Patna zoo, September 22, celebrated the world over as World Rhino Day, was special this year. On this day, it earned the distinction of becoming the ‘leading captive-breeding centre for rhinos’ not only in the country, but in the entire world!

In keeping with the ‘feat’, deputy chief minister Sushil Kumar Modi, who also holds the charge of environment and forest department, laid the foundation stone for setting up a rhino breeding centre at the zoo, to encourage it climb to greater heights in its bid to increase the rhino population.

As the rate of breeding of rhinos has been quite good at patna zoo, the central zoo authority, New Delhi, has sanctioned a rhino breeding centre at a cost of Rs 387,79-lakh. The central government will bear 60% of the cost, while the state will give the rest 40%.

At present, the Patna zoo has 12 rhinos – six male and six female. It has made rhinos available to many zoos across the country, including, those in Delhi, Kanpur, Ranchi and Hyderabad, besides zoos in the United States of America.

Speaking on the occasion, Modi said that with successful breeding of rhinos, Patna zoo would now be able to offer rhinos in exchange to other zoos for getting other rare animal species here.

On the occasion, Modi also named two rhinos,Shakti and Raen, names suggested by school children. Modi also released a brochure and a booklet on rhinos.

He also assured his audience that the popular toy train ride in the zoo, which had been discontinued, would be started again and online ticket booking through an ‘app’ would also be started soon.

“I owe a lot to the Patna zoo. If I am deputy CM again, I owe it to this institution”, he said, without elaborating. But he appeared to be alluding to the alleged sale to the zoo of soil excavated for a mall being built on land owned by family members of RJD chief Lalu Prasad.

This was among several alleged irregularities exposed by Modi, in which Lalu’s family members were involved, and which led to the fall of the grand alliance government in July and formation of a new JD (U)-BJP government headed by chief minister Nitish Kumar in which Modi is deputy CM.

Vivek Kumar Singh, principal secretary, department of environment and forests, zoo director Kamaljeet Singh and range officer KK Himanshu, who is in-charge of breeding, were among those present on the occasion. The students of Kilkari presented a play on rhino conservation, during the function.