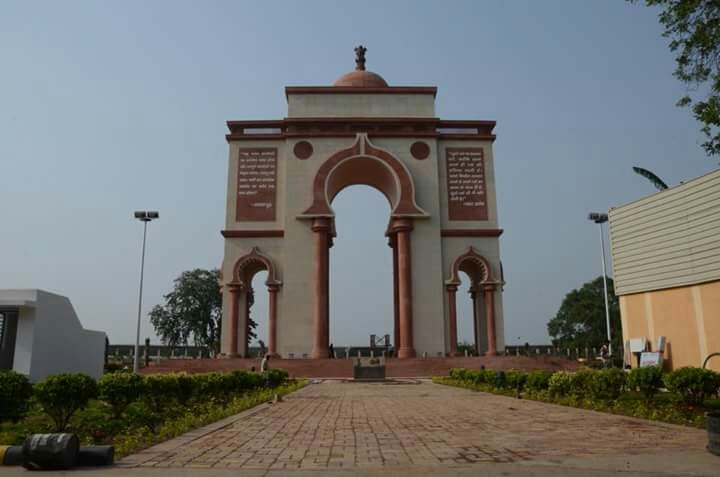 Bihar is the holy land where Lord Buddha lived and addressed his ideas of enlightenment that involve a significant place on a tourism map of India. During ancient time Bihar was regarded as Patliputra and Patna as its capital. Patna is known for its tourist destination and people across the city and state love to visit Patna to explore more about it.
The Sabhyata Dwar or civilization gate is placed at the banks of river Ganga in the metropolis of Patna in the Indian state of Bihar. The Sabhyata Dwar is sandstone arch monument constructed with Mauryan style architecture to highlight the historical glory of Patliputra, its tradition and subculture of the nation Bihar. 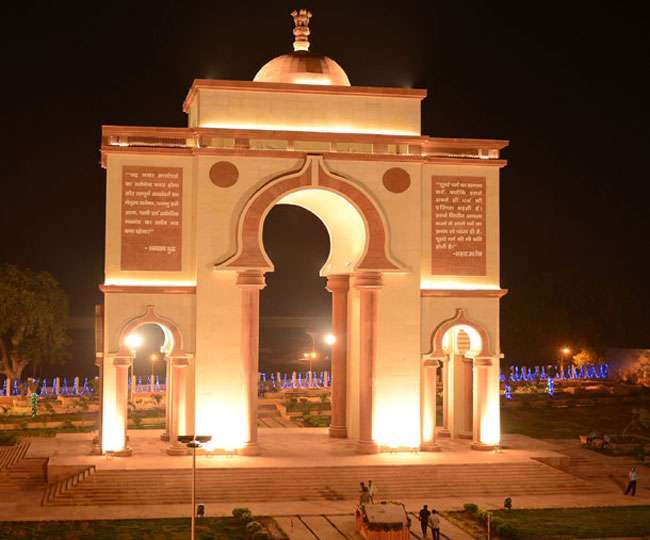 FEW FACTS ABOUT SABHYATA DWAR OR CIVILIZATION GATE :-
1. The Sabhaya Dwar, a ceremonial gateway is built in one acre of land in the campus of Samrat Ashok International Convention Centre, north of Gandhi Maidan and faces Ganga on its northern side that constructed at five Crore. It was inaugurated on 21 May 2018 by Bihar’s Chief Minister Shri Nitish Kumar.

2.The Dwar is 32 metres (105 ft) high that is taller than Gateway of India (26 metres or 85 ft) and Golghar (29 metres or 95 ft) and consist of two arches constructed with Mauryan architecture with smaller arch on one side. It was constructed with the motto of making people understand the heritage of “Sher Shah Suri”.

3. The monument is constructed with red and white sandstones and it has an arch monument of the small stupa on which Ashoka’s four-sided lion capital and made with alloyed metal while its northern and southern face of arches contains engraving imputed to Megasthenes, Ashoka, Buddha and Lord Mahavira. 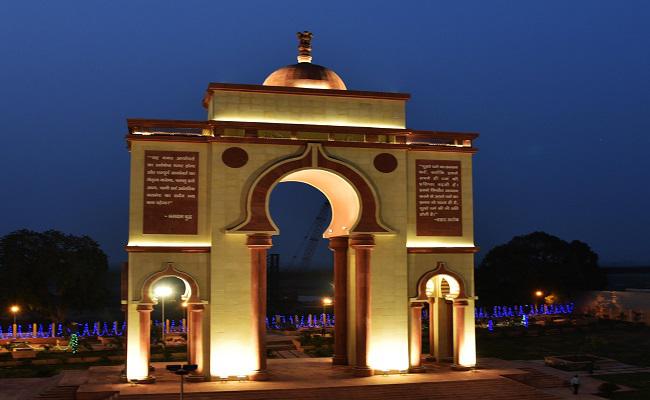 4. The idea of building a monument like Gateway of India was pitched by the former Jammu and Kashmir’s retired Governor Lieutenant General Srinivas Kumar Sinha in 2010. Shri Sinha recommended a concept to construct The Sabhyata Dwar close to the residence of City Superintendent of Police to show how the river port of Patliputra attracted people from the world.

5.The Dwar is surrounded by beautiful Garden that is illuminated by six post-top lantern lights of 70 watts each. The structure consists of twenty-eight white sodium vapour lamps and four golden sodium vapour lamps that highlight the beauty of the Dwar.