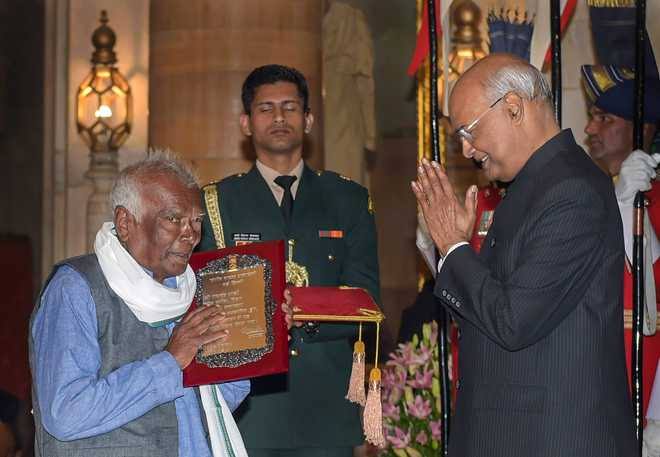 Ramchandra Manjhi has been performing Launda Naach for 84 years. He dresses up as a woman and performs on songs and plays written by Bhikhari Thakur. He recently received the Padma Shree Award. For some, receiving a Padma Shree Award may be the biggest achievement. But for him, it was something else! His dream was to make this art reach its height and he is successful in achieving it.

The most significant thing about him is that he is still full of zeal and energy when he is on stage. Even though his eye-sight has weakened and age-related ailments, his passion is still his top priority.

Ramchandra Manjhi, a famous artist of Bihar’s Launda Naach, hails from Nagra, Tuzarpur in the Saran district. He has also been awarded the Sangeet Natak Akademi Award in 2017. The artist, even after turning 94, still dances and acts fiercely on the stage. His journey started at the age of 10 when he had set foot on the stage with Guru Bhikhari Thakur. After this, he continued to perform under the shadow of Bhikhari Thakur till 1971.

His parents were happy with the name and fame that he brought to the family. But unfortunately, this naach was not perceived with much respect by the common people. He received backlashes but continued to chase his dream. He knew that his efforts might bring a change in society. And eventually, it did!

After the death of Bhojpuri’s Shakespeare, Ramchandra Manjhi worked under the leadership of Gaurishankar Thakur, Shatrughan Thakur, Dinkar Thakur, Ramdas Rahi, and Prabhunath Thakur. After getting the Padma Shri at this stage of life, he hopes that now the art of Launda Naach will come to life again.

Launda naach is one of the ancient folk dances of Bihar. In this, the boy wears make-up like a girl and dances in the costume of a woman. However, art stands marginalized in society today. Now only a few such troupes are left which have kept this art alive. But even today people in Bihar love launda naach very much. Ramchandra Manjhi believes that he got so much recognition and great respect because of this art.

The art for which Ramchandra Manjhi is known once used to ring in Bihar. With the changing times, DJs and Orchestras may have carved a niche for themselves, but even today there are millions of art contributions. Even at the age of 94, his feet tremble like they were at the age of 10. Ramchandra, who specializes in this form of drama on theatre, is the master of artists today. There was great happiness among folk artists, Saran residents, and his family members on knowing about him getting the Padma Shri award.

Ramchandra Manjhi has also been selected for the Lok Theatre Award by the Kendriya Sangeet Natak Akademi. This Academy Award is given every year since 1954 for theatre, dance, folk music, tribal music, and many other fields and genres. For this, artists are selected from all over the country every year.

There are very few artists left in the dance troupe. Even today, Ramchandra Manjhi is seen performing in many events in the theatre set up by Jainendra Dost, the convener of Bhikhari Thakur Theater. Artists like Ramchandra Manjhi is an inspiration to the young folk artists and a hope that our cultural symbols will be intact and continue to hold a valuable status in our society. 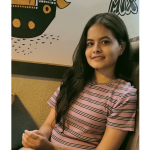