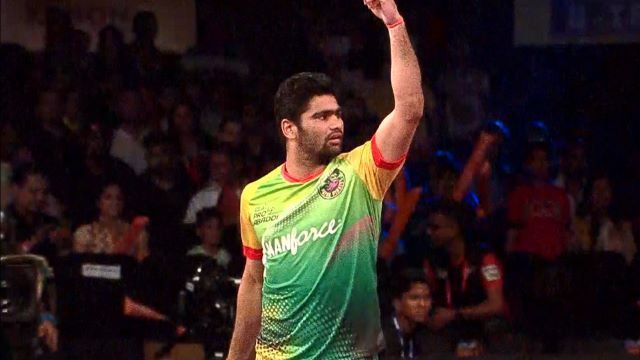 The new Pro Kabaddi League season starts later this week on July 28 and is sure to be a truly historic one. It will feature a total of 12 teams for the very first time, after the addition of four new ones. The teams have been divided into two zones of six each over a period of three months, they will face off in nearly 140 matches across 11 states in India.

Ahead of the start of the new season, the player auctions were held in the month of May, which saw the 12 teams build their squads for the campaign ahead. Out of those, the eight old teams were allowed to retain one player each, with the others all going into the auction pool.

Double defending champions Patna Pirates, who won the league in Season 3 and 4, opted to keep star raider Pardeep Narwal in their squad for the new season. The youngster had been their lynchpin in attack over the last two seasons and is only expect better and terrorise defences even more once the new edition gets underway.

The side from Patna, after a lot of deliberation, have opted to select Pardeep Narwal as their captain. It will be fascinating to see how the young raider will fare in this new role and whether he will be able to balance the weight of captaincy with his displays on the mat. Former U Mumba man and star defender Vishal Mane will be his deputy.

“He showed some great leadership qualities in the nationals,” explained the Patna team manager when asked about why the youngster was chosen. He added, “Another reason was that he is a huge fan favourite, which was also another major factor for us.”

The Pirates have a strong squad built up ahead of the new season. Along with Pardeep, the raiding duties will be shared by Services man Monu Goyat, who was bought for a hefty sum of Rs 44.50 lakh at the auction.

In defence, the Pirates have two strong men from Maharashtra in the form of former U Mumba man and PKL champion Vishal Mane and cover defender Sachin Shingade. They also spent big on another defender Jaideep, who is certainly going to be one player to watch out for once the new season starts.

Here is their squad in full: