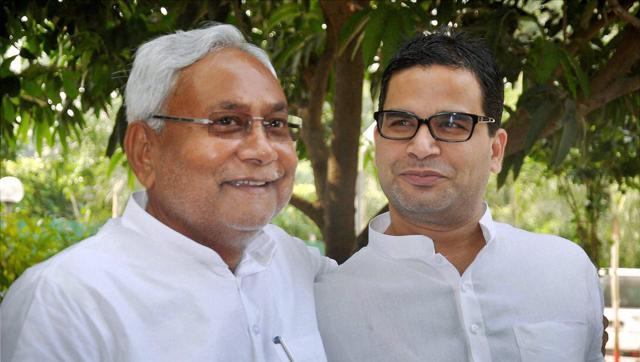 Prashant Kishor, the political campaign strategist for Nitish Kumar in the Bihar elections, has been appointed advisor on policy and programme implementation in the chief minister’s office. He will hold cabinet rank.

Before the end of January, the Bihar government is likely to announce the creation of Bihar Vikas Mission, a new body to help deliver governance and development. A Prashant Kishor brainchild, this body will be headed by the chief minister and its board will include all cabinet ministers.

The Bihar Vikas Mission will hire over 1,200 private sector consultants, researchers and professionals, injecting them at all levels of government from CM to DM, the chief minister’s office to that of the district magistrate. These professionals will “strengthen the system” and make it deliver.

“This will give lateral entry to youth in the administration, without disturbing it in any way,” said a source in Kishor’s team, the Indian Political Action Committee, or I-PAC. “The same model that we have implemented with electon campaigning, of an outside professional team working with the party, we are hoping to make it work in governance,” he added.

The idea is similar to the one Kishor had proposed to prime minister Narendra Modi in 2014. After crafting the Modi campaign through his Citizens for Accountable Governance, Kishor had proposed a similar body to work with the central government bureaucracy. After some thinking, prime minister Modi, sources say, came under pressure from finance minister Arun Jaitley and BJP president Amit Shah to not do so.

Sources in Kishor’s team say the idea is not to create a parallel infrastructure but strengthen the bureaucratic machinery, showing its value to bureaucrats and politicians alike. “After 68 years of independence there is only 3% piped water connectivity. The Bihar government has to make it reach 100% by the next assembly election. That’s the sort of task the Bihar Vikas Mission will help achieve.”

The Bihar government has held consultations with top bureaucrats about the plan. The Bihar Vikas Mission’s mandate will be three-fold: to find solutions to problems, to find the resources to implement them, particularly domain experts, and finally to ensure timely execution. “Even the worst politician likes to deliver governance so he can win the next election. But in the Indian bureaucracy, it can take months to bring out a tender. The Bihar Vikas Mission will ensure the speed of implementation is not held back,” the source said.

Nitish Kumar in his election campaign had made 7 promises, called “Nitish Nischay – Vikas ki Guarantee”. Apart from drinking water through taps in every house, the promises included employment for youth, uninterrupted electricity supply to every house, building of toilets, higher education, roads and drainage up to every doorstep and reservations for women in government jobs. The last of these has already been implemented, with the Bihar government’s recent announcement that women will have 35% reservations.

The Bihar government is also likely to earmark most of its forthcoming budget to deliver on these seven promises.