From Pinjar to Padmashree, Manoj Bajpayee is ruling our hearts
Skip to content 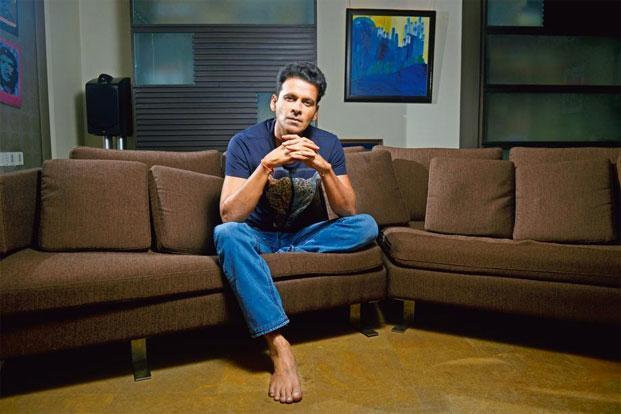 At Durbar hall of Rashtrapati Bhawan, a prolific Bollywood actor from Bihar, Manoj Bajpayee received Padma Shri from the President of India, Ram Nath Kovind. The awards were presented in two ceremonies at Delhi. On Twitter, Manoj Bajpayee was congratulated by his co-stars Taapsee Pannu, Bhumi Pednekar and Randeep Hooda and filmmakers Hansal Mehta and Anurag Kashyap and others. 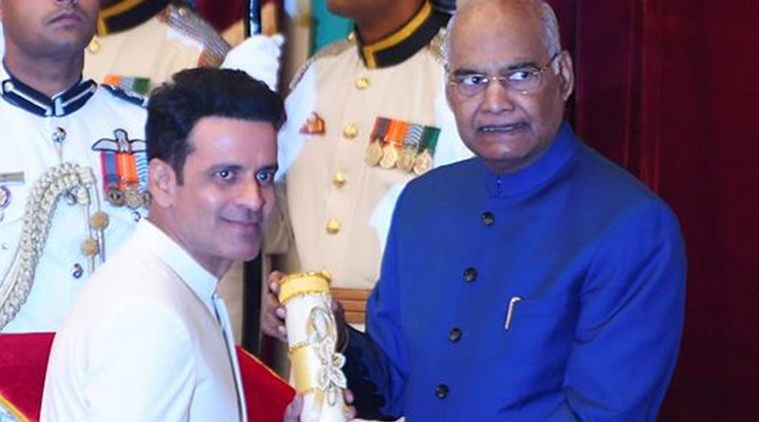 Manoj Bajpayee is known for his outstanding performance in Pinjar, Gangs of Wasseypur Series, Rajneeti, etc. He is often regarded as a method actor and a director’s actor and is known for his unconventional roles in films. Born in Belwa, a small village in Narkatiaganj, Bihar, Manoj Bajpayee aspired to become an actor since childhood. One of his younger sister- Poonam Dubey, is a fashion designer in the film industry.

[divider]Also Read : Meet Kisan Chachi, who has been awarded with Padma Shri this year[/divider]

Coming from a weak economical background, Manoj Bajpayee studied in a school which used to run inside a hut, till  fourth standard. Later he did his basic schooling in Bettiah district of Bihar. Manoj Bajpayee shifted to Delhi at the age of seventeen. He heard about the National School of Drama from actors such as Om Puri and Naseeruddin Shah and he was eager to join the institution. For that he applied thrice and failed thoroughly. He continued to do theater while studying in the college. He then joined the acting workshop of Barry Jones and started learning acting. Jones liked his work and employed him as his assistant. Manoj Bajpayee again applied for National School of Drama and this time he got a green signal to join, not as a student but as an acting teacher. Manoj Bajpayee was married to a girl from Delhi but got divorced during his period of struggle. Later he met actress Shabana Raza, who is also known as Neha, right after her debut film Kareeb (1998). The couple married in 2006 and  have a daughter. 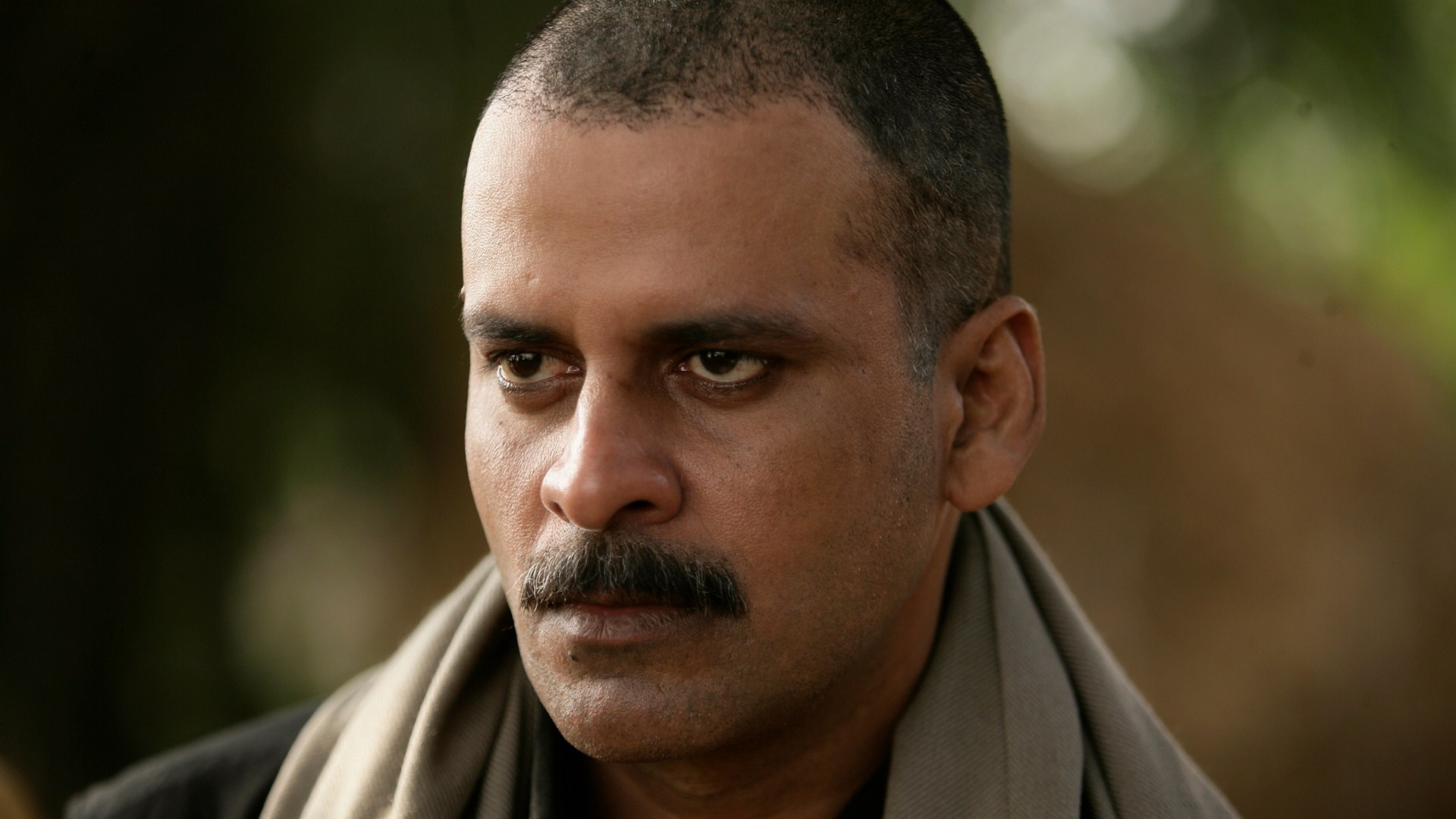 Manoj Bajpayee did his feature film debut with the minor role in Drohkaal (1994), and a small role of a dacoit in film Bandit Queen (1994) of the director Shekhar Kapur. After few unnoticed roles, he played the role of gangster Bhiku Mhatre in Ram Gopal Varma’s 1998 crime drama Satya, which proved to be the milepost of his Bollywood Career. He
won the Special Jury National Award for Pinjar in the year 2003.
Director of Bandit Queen, Shekhar Kapur once said

“Manoj had the ability to portray a lot just by doing little. He never tried to overplay a scene and seemed totally comfortable with a minimalist statement.”

According to director Hansal Mehta,

“Manoj has the ability to transform himself like few others.”

In an interview with Hindustan Times, when Bajpayee was asked about his feelings regarding this award, he said.

“You feel happy when you get it, but at the end of the day, it’s an honor being given to you and an award is completely different. Padma Shri is different. An award is given for a particular performance, but Padma Shri is for your contribution to an only cinema but also the society through your profession. It’s also for the manner in which one has conducted himself. This is the highest honor, and when everyone is feeling it was long overdue, I am feeling all the more happy that they wanted this to happen for me.” 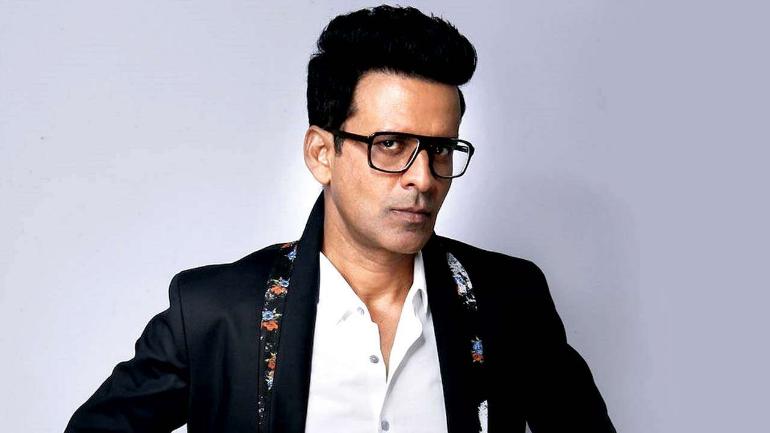 His recent film Sonchiraiya based on dacoits are being appreciated by national as well as international critics. This Bihar actor is an inspiration for many aspiring actors from all over the country and we wish him more success ahead.