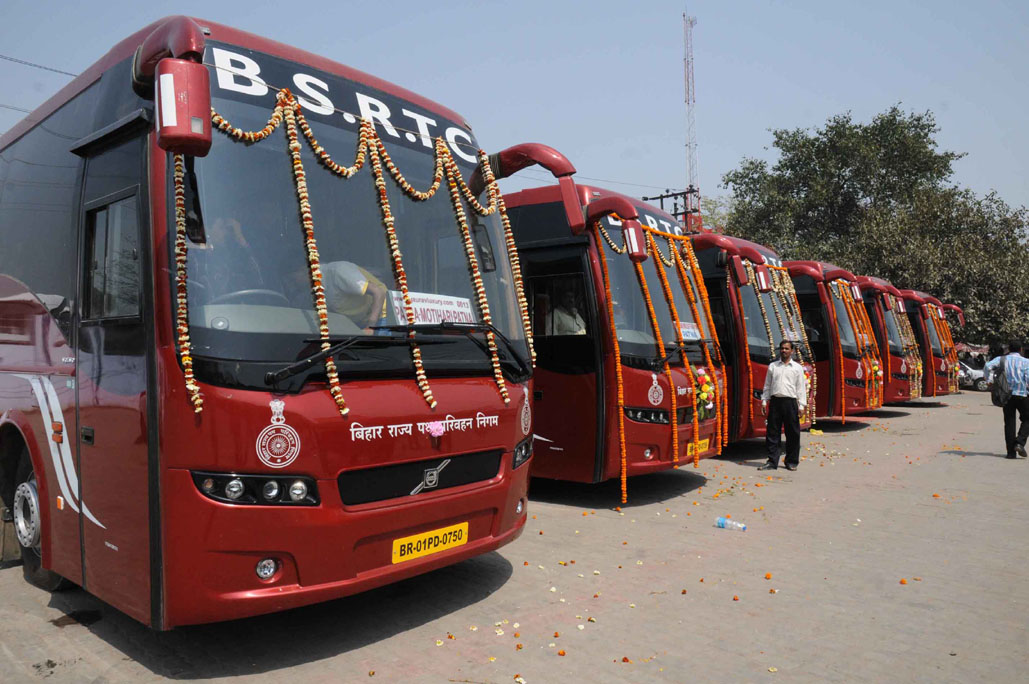 City bus service across the state is all set to get a major boost with Bihar Urban Infrastructure Development Corporation (Buidco) procuring 100 new buses to cater to the demands of various cities. The buses are expected to be rolled out prior to commencement of Prakashotsava to ensure smooth communication for lakhs of devotees, who would be coming to the city for the five-day grand event starting from January 1.

“The buses would be initially used to ply Sikh devotees from Patna Junction and airport to Takht Shri Harmandir Saheb Gurudwara during Prakashotsava celebrations. Later, these buses would be inducted into the fleet of city buses in different districts,” urban development and housing department minister Maheshwar Hazari told.

Sources in Buidco said the buses have been purchased from Eicher Motors and are presently being given third-party inspection at its factory in Indore. “There are 32 seats in each bus and two gates – one at the front and another in the centre. Besides, the buses would also have electronic destination display panels,” they said.

“We have been asked to run these buses during Prakashotsava. Expect the buses to hit the streets in the city by December 25. The buses would be handed over to Bihar State Road Transport Corporation (BSRTC) after the conclusion of Prakashotsava. The BSRTC would run these buses under city ride service in various districts,” said a senior Buidco official.

The BSRTC is currently operating 70 city buses in Patna. These buses were launched by chief minister Nitish Kumar on February 24. Forty out of the 70 buses launched by the CM were already being operated by Buidco under Jawaharlal Nehru National Urban Renewal Mission (JNNURM), but went off streets in November last year.

The buses were withdrawn over the issue of non-payment. A B Grain Spirits, the transport wing of Adie Broswon and Buidco were running the buses. Following the withdrawal of services by Adie Browson, Buidco handed over the buses to BSRTC.

It was in acknowledgement of the need of augmentation of the public transport in Patna that Central Sanctioning and Monitoring Committee had approved the purchase of 260 buses worth Rs 45 crore in its 69th meeting held on February 20 and 21, 2009.

Though the central government had sanctioned funds for the project, it took nearly six years for the state government to actually procure the buses. The first lot of 20 buses equipped with closed circuit television cameras and global positioning system were flagged by former urban development and housing department minister Samrat Choudhary on August 15, 2014.
Source: TOI