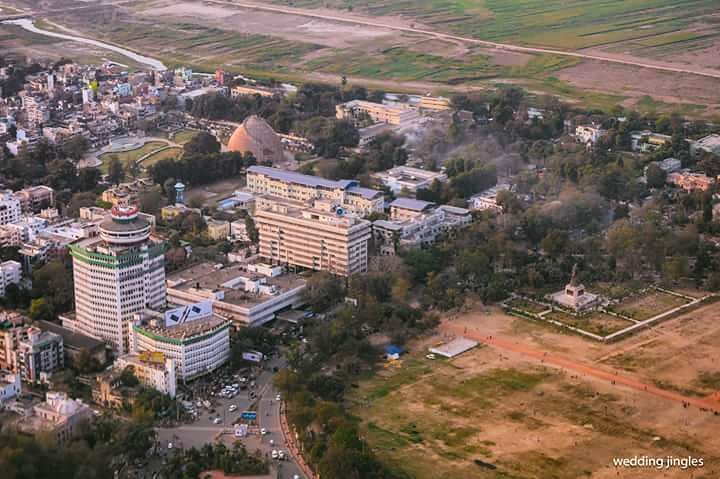 Holiday seasons may be over, but there’s hope yet for the last minute Indian flyers looking to steal some deals. According to travel website Kayak, which put together travel trends on the basis of searches conducted on the website between January 2016 to December 2017, Srinagar and Port Blair have registered the steepest drop in prices of flight tickets.

While travel costs for the Top 10 wallet-friendly destinations have seen a significant average flight price decrease of 20% year-on-year, Srinagar and Jammu, saw a sharp decline in airfare — possible due to the prevailing troubled conditions in the hilly state — with the average flight price dropping by 24% and 23% respectively. Port Blair saw an equal decline in flight prices, while other destinations like Muscatand Kochi saw airfares drop by 22% and 19%, respectively.

The list has its share of surprises too. While global tourism spots are still sought after, Patna is second among the Top 10 trending destinations after Cairo. Patna, according to Kayak’s survey, saw a 125% year-on-year surge in online searches.

The data, the website clarified, was based on travel dates between January 1, 2017 and December 31, 2017 and search dates in the 12-month period preceding the travel dates. The guide also showed that Bangkok has replaced Dubai as the top trending holiday destination amongst Indian travellers, while New York retains its spot at number two on the list. Dubai, which was the most popular tourist destination last year, has dropped two places to the third position. Goa follows closely in the fourth place, up three spots in comparison to its popularity last year. 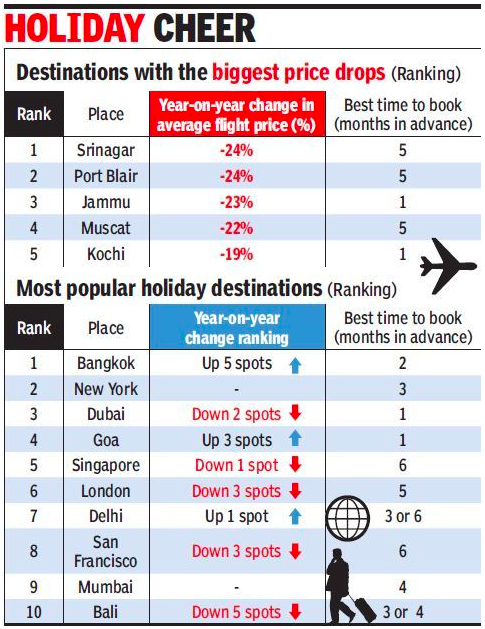 The guide has ranked holiday spots on the basis of the largest number of searches through 2017.