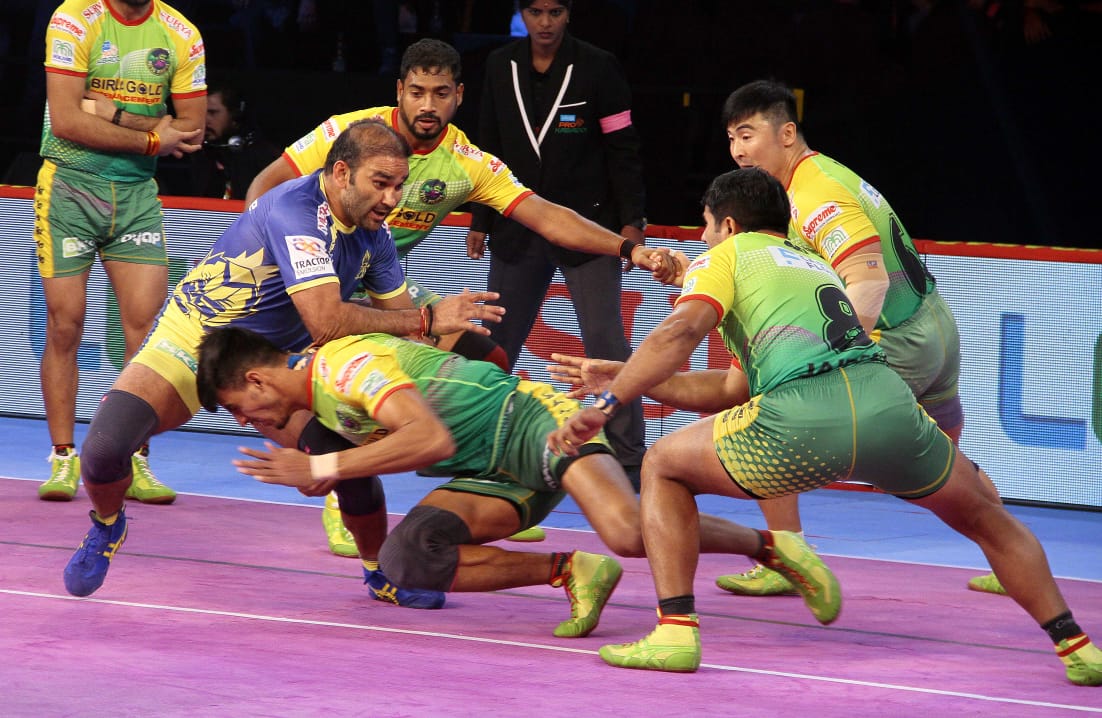 Riding on a strong performance by its raiders, Patna Pirates extracted revenge on Tamil Thalaivas with a thumping 45-27 in a Zone B encounter of Vivo Pro Kabaddi Season 6. Pardeep Narwal(13 points), Deepak Narwal (10 points) and Manjeet (8 points) combined to score over 20 points to lead their team to victory. Tamil Thalaivas defence had a night to forget as they scored just four tackle points. Ajay Thakur chipped in with 8 points for Tamil Thalaivas. Pardeep Narwal achieved his ninth super 10 of the season.

Patna Pirates are now second in Zone B with 38 points after 13 matches whereas Tamil Thalaivas are bottom of the table with 25 points from 13 matches.

Pardeep Narwal got Patna Pirates up and running with two raids in the first minute. Tamil Thalaivas were slow to get out of the blocks as they scored just one point in five minutes to trail 1-6. They suffered an all out as Patna asserted their dominance to lead 10-1.

Ajay Thakur put points on the board for Thaliavas as he made two successful raids. After 10 minutes of play, Patna Pirates held an eight-point advantage as they led 12-4. Thakur came up with a two-point raid in the 13th minute to cut the deficit to five points for Thalaivas. Tamil Thalaivas came back strongly before the end of the half as they inflicted an all out to trail 11-14. Deepak Narwal’s two-point raid in the 20th minute meant that Patna Pirates led 16-13 at the break.

Tamil Thalaivas started the second half strongly with Surjeet making a two-point raid but Deepak Narwal responded for Patna Pirates with a raid of his own. Patna Pirates led 20-15 after 25 minutes of play and were looking in control of the match. 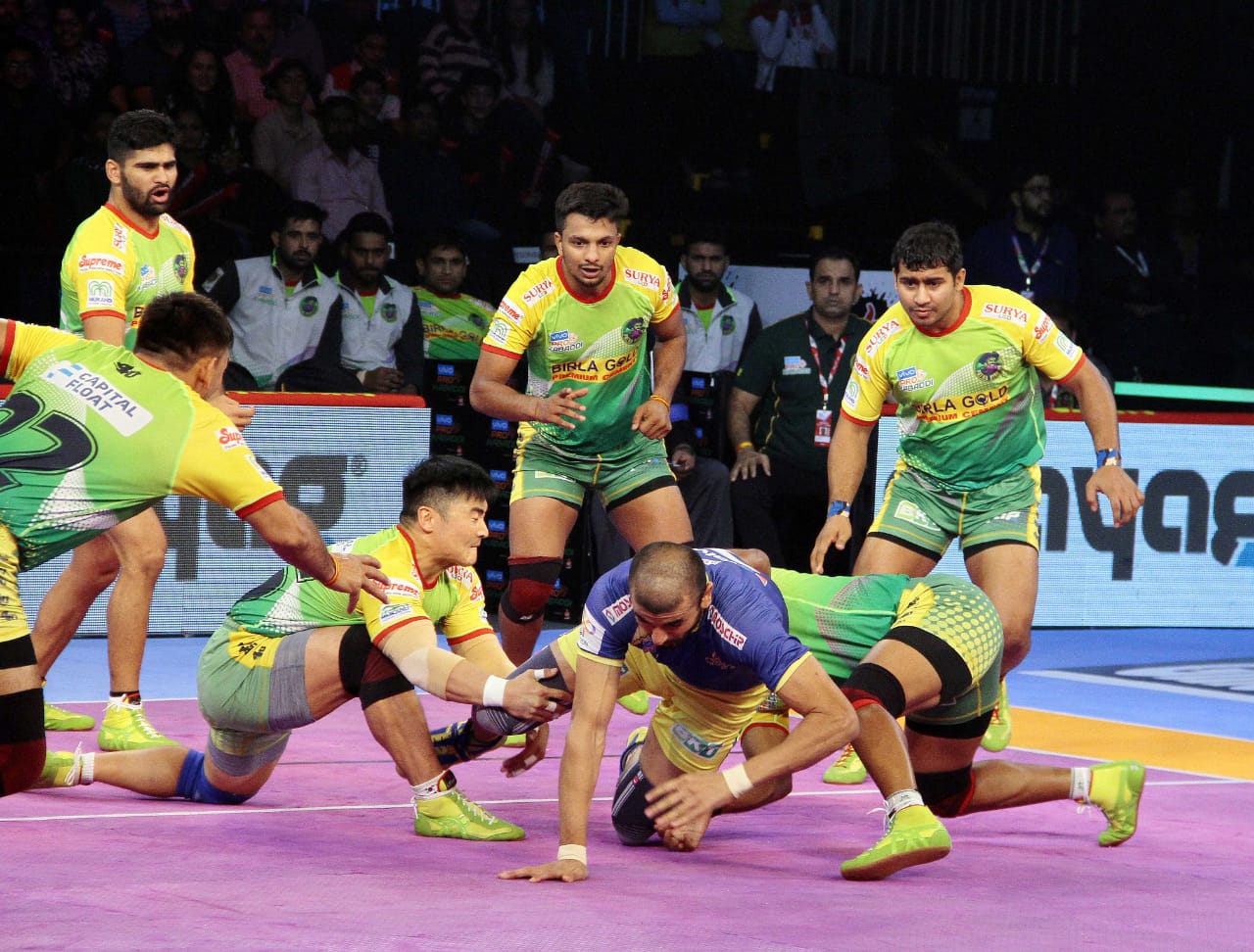 Pardeep Narwal made a two-point raid with his trademark ‘dubki’ in the 37th minute to give Patna Pirates 37-23 lead. Manjeet Chhillar averted an all out for Tamil Thalaivas with a quick raid. Patna Pirates inflicted another all out in the 40th minute as they won 45-27.