Bihar’s Syed Hasan Askari, one of the country’s greatest historians and recipient of Padmashree
Skip to content 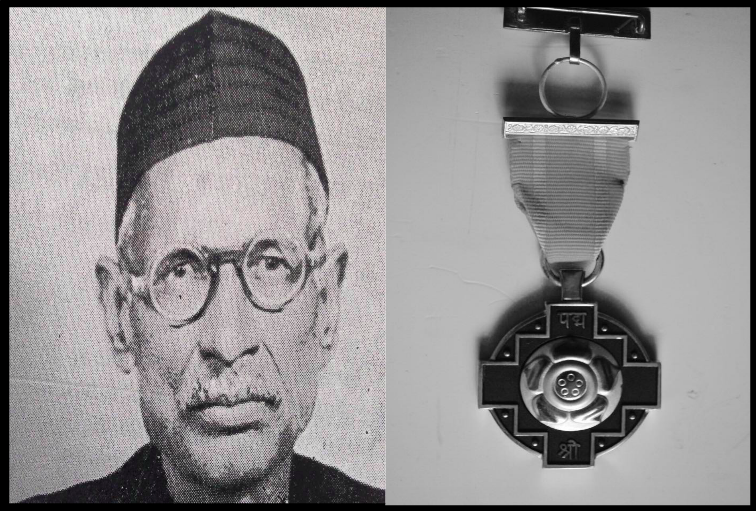 Professor Syed Hasan Askari is known for is renowned work in medieval history of Bihar. He was an exceptional researcher and has more than 1500 research papers under his name. Along with being a researcher, Prof. Askari was a scholar, explorer and teacher.

He was born in Khujwa, Siwan/Saran District, State of Bihar, India, (April 10th, 1901). He spent his early days in Khujwa and then moved to Muzaffarpur for his graduation. He graduated in 1922 from G.B.B. college, now known as L.S. college. In 1924, he got his M.A. (History) and in 1925 got his B.L. from Patna University. In 1967, Magadh University conferred upon him the degree of D. LITT (HONORIS CAUSA). 17 years later, in 1984 Patna University conferred the same to him in recognition of his valuable contribution to Medieval Indian History and Culture.

Prof. Askari had an exceptional knowledge of original Persian sources and was responsible for many Persian translations and collections.

Some of his work

• Aspects of the Cultural History of Medieval Bihar by Prof. Syed Hasan Askari.

His Excellency Gyani Zail Singh, the then President of India has conferred upon Prof. Askari “PADMASHREE AWARD” in 1985. Padma Shri (also Padmashree) is one of the highest civilian awards in the Republic of India.

His Excellency Neelam Sanjeeva Reddy, the then President of India had given Prof. Askari President Certificate of honour in 1978.

Prof. Askari was presented the GHALIB Award in 1975 by his Excellency Fakhruhddin Ali Ahmad, the then President of India.

Other Coveted Awards, Certificates and Honours

Bihar Ratna is the highest state civilian honor, awarded for exceptional service towards advancement of Literature in recognition of Public Service of the highest order to Prof Askari in 1987.

Prof Askari was honored by Bihar Urdu Academy in 1987.

The late Shah of Iran invited Prof. Askari and his wife Mrs. Salma Askari to attend the 2500th year of Persian Monarchy in 1971 but he could not attend due to illness.

The Bihar Research Society published a special volume in Prof. Askari’s honor in 1960 and 2001.

Prof. Askari was awarded by the Britishers with the title of “Khan Saheb“.

As someone said; “there are people in this world that make it a better place simply by being in it. They walk through this life touching the lives of all they meet”. Prof Askari was this kind of man. Till his last breath, he was an epitome of generosity, work ethic, humility and selflessness which are inspirational to all of us. We are so blessed and grateful to have known him. 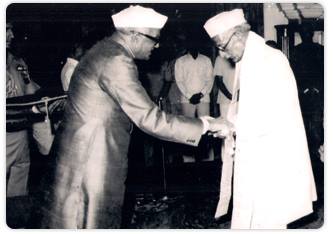 Professor Askari receiving Certificate Of Honour in 1979 by His Excellency Neelam Sanjeeva Reddy, the then President of India. 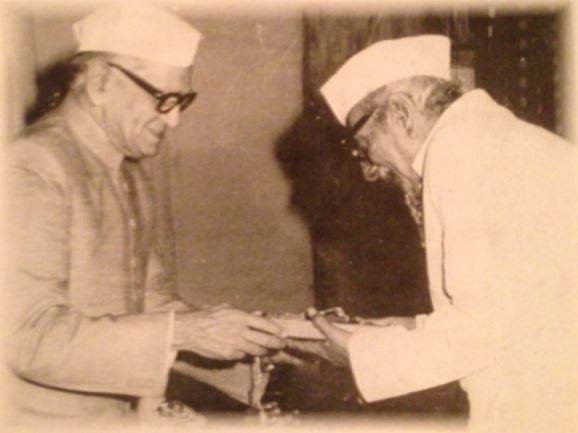 Above text and images have been taken from the readings available on a Facebook page created by Syed Ahmer Raza. Click on the link to know more. Professor Syed Hasan Askari