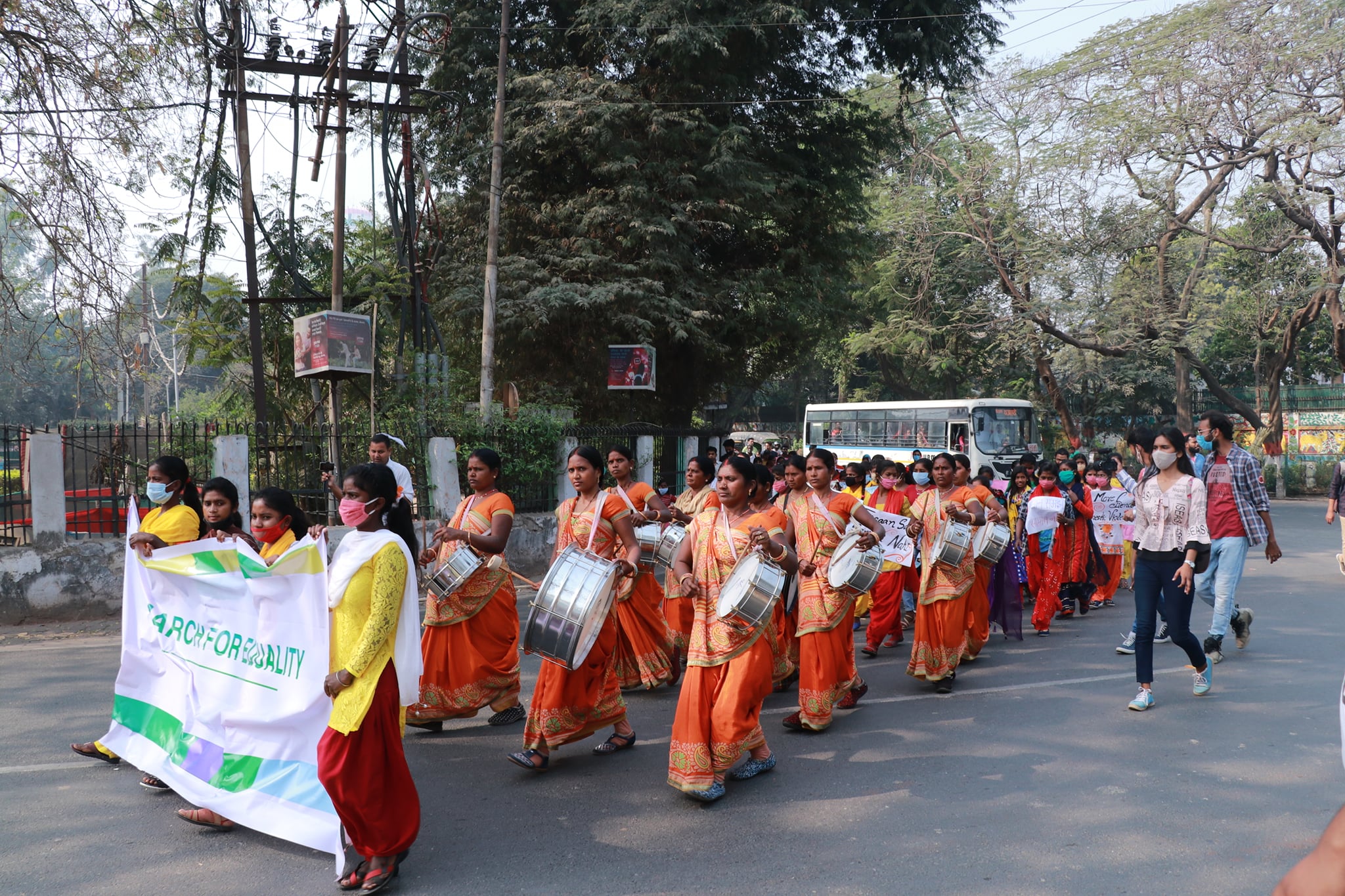 ‘March for equality’ parade was organized by Oxfam India, in coordination with PatnaBeats to celebrate Women’s Day on March 8. The event started with a signature campaign, which was signed by participants pledging towards making a society which provides equal opportunities to all.

The parade started from Bapu Sabhagar gate, with enthralling drum beats it took a forty minutes round of Gandhi Maidan.

Nari Gunjan band, an all women band from Dhibra village, lead the parade. Following them were one hundred participants who held banners and posters with messages of age of marriage for girls and women, Domestic violence, and social-gender norms around marriage.

‘Pyaar me Vaar nahi’, Stop! Forced marriages, don’t be silence on Domestic violence, ‘Hum Insaan hai, samaan mat samjhon’ etc were some of the slogans written on the banner.

The March For Equality was aimed at taking a step ahead in making a society which provides equal opportunities to all.