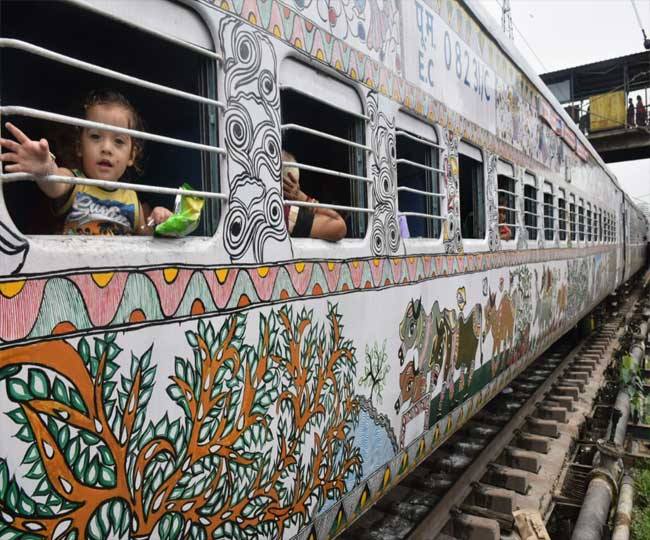 About one year ago, in October 2017, under the Swachh Bharat mission, walls of Madhubani Railway Station was painted with Madhubani Art. Making it the winner of a station beautification competition organised at Rail Bhavan and magnifying its beauty to a next level. After that, a series continued, resulted in the painting of Patna Junction and Danapur station. Other stations like Rajendra Nagar Terminal, Hajipur, Patliputra, Bapudham Motihari and Sonpur are also in the list.

The railway is consistently trying to revive the folk, art and culture through different means. Four months ago, Indian Railways has planned to revive 90 Indian railway stations with an aesthetic makeover. For example; Agra will have Tajmahal compositions, Aurangabad will be having Ajanta caves and Nagpur will have big orange in its premise. Besides this, 600 more stations are going to go through the process of redevelopment, keeping elements of their local heritage in the process. Bihar also has its perk as the process continues. 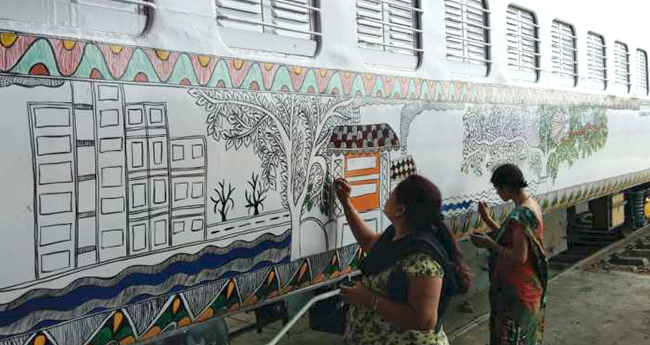 Two days before, a very exciting news came out. Nine coaches of Sampark Kranti Express , from Darbhanga to Delhi got painted with this ancient art (Madhubani painting). This newly painted train departed from Darbhanga on August 23, at 8:25 AM and reached New Delhi Railway Station on August 24 around 10:00 AM. 100 artists persistently worked for ten days to finish the work. It cost Indian Railways around Rs 1 lakh per coach to beautify these coaches. “There are a total of 100 coaches to be painted with Madhubani art,” Danapur Divisional Railway Manager (DRM) Ranjan Thakur told IANS. According to IANS, 22 coaches of the Patna Rajdhani Express will also be decorated with the same art. Jansadharan Express will too be painted with Madhubani Painting.

The three above mentioned projects are separate but still carry a connection in the sense that all of them are meant to revive and retreat the aesthetics of our fork arts. Making them part of our day to day life and increasing their presence in it. It is a great idea and golden days for vulnerable arts like Madhubani painting, which is losing its existence and value. And it also gives us a beautiful ambience to cherish. 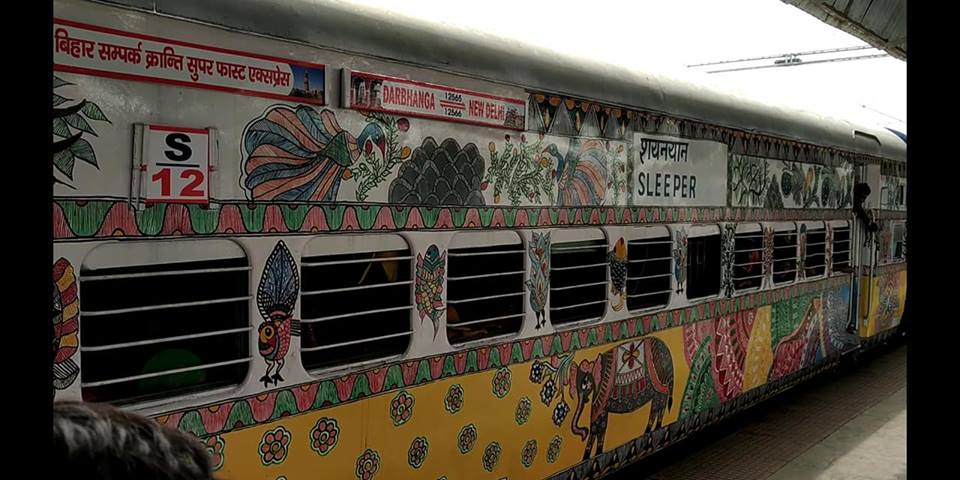 Be ready with your selfie stick, because you now have a great background to take a picture with!