Know Your Music | Folk Music of Bihar
Skip to content 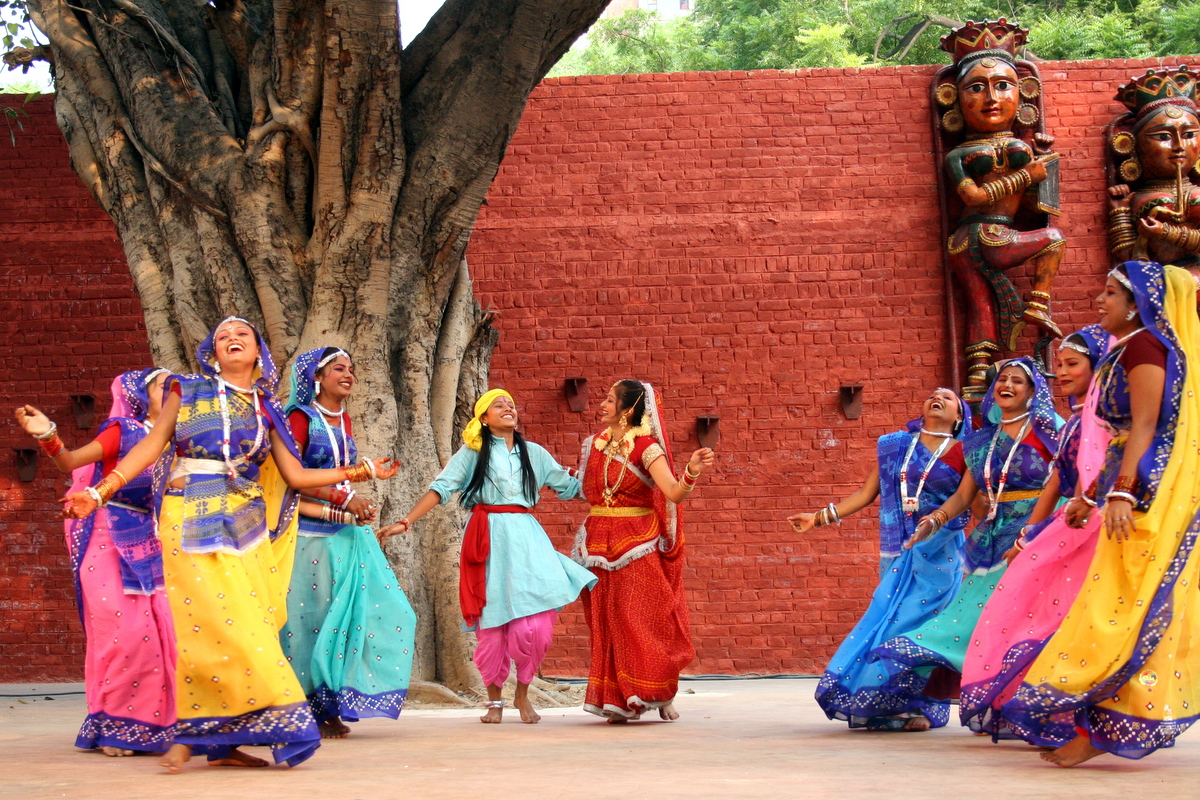 The folk music of Bihar has so deeply permeated in the life of the people that it is still alive. It has been preserved intact by the women folk of Mithila in particular and by the village folk, especially the devotees who still keep it alive. It is a pleasure to hear women sing the songs.
Bihar, in the ancient times has been an important place for dance and music. In places like Vaishali and Rajgir, in ancient Bihar, beautiful girls acted as Nagar Shobhinis or town ornaments (courtesans). Lord Buddha himself accepted this fact and he himself received an invitation from Amrapali, the chief courtesan of Vaishali. Theses girls were proficient in music and dancing and were part of processions of religious and social nature. It appears that singing and dancing were the chief amusements of that age.
The regular history of Mithila music dates back from Nanyadeva (1097-1133), a great patron of music and author of a treatise on this art. He developed the popular ragas on systematic lines. This Mithila music was carried to Nepal, Uttar Pradesh, Bengal, etc. Later during the Muslim period, music and dance met with many set-backs as these were tabooed for them. But the famous saint of Bihar, H.Sharif-ud-din Ahmed Maneri was not averse to music, vocal or instrumental.
Folk songs, folk dances and religious songs of the Vaishanavas were also popular in medieval period.
Chhath festival being celebrated on the banks of the Ganges at Patna, by an anonymous artist working in the Patna style, Dated,1795-1800 AD.

The varieties of folk ragas

During the famous chhath parva of Bihar, there is much music and a lot of singing of folk songs, both at home and on the river bank.The historical ballads dealing with the heroic deeds of the freedom fighter Kunwar Singh have also been immortalized through folk songs in the plain tracts of Bihar. The folk music of Bihar has survived all attacks of modernism. Some performers of Bihar’s traditions have achieved commercial success. For example, Sharda Sinha  sings Bihari language folk songs in concerts throughout the world and has released many recordings. Maithil musicians, who seem to have been more popular outside Bihar, enriched Nepalese music and carried the traditions of their Folk songs. Some of the ragas, which may be claimed as special to Bihar, are ‘Nachari‘, ‘Phag‘, ‘Chaita‘, ‘Purbi‘,’lagani raag’etc.In the religious-type of dance the gods and goddesses are invoked through dance accompanied by folk-songs and music.
Religiosity is the pivot around which the music and amusements of the village folk of Bihar revolve. This is common to both men and women. Here religious entertainment takes the form of amusement for the masses. At the slightest pretext, “Satyanarayana Katha” is held in all seasons of the year and some religious scriptures are read and devotional songs are sung. There are some religious songs in praise of Satyanarayana who is a convenient deity that could be worshiped at any time. 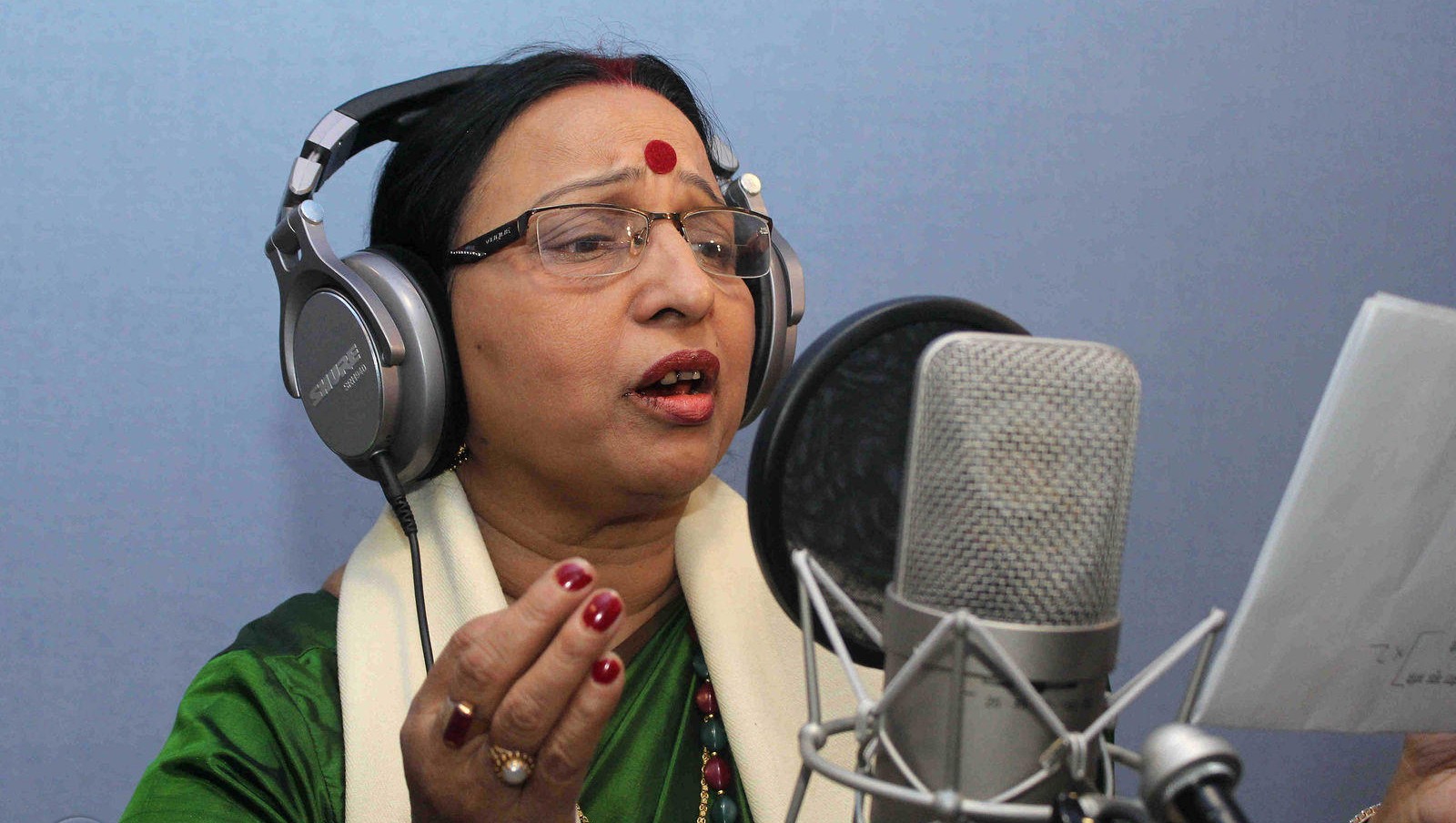 Reading of the Tulsidas Ramayana is another form of common religious entertainment which keeps the village folk enthralled.
Ramlila, Nautanki and the Bhikharia songs enthral thousands of men and women in the fairs and gatherings. Ramlila is essentially religious and based on active presentation of the story of Rama and Sita. Nautanki are social plays, where many social evils are caricatured and they have an educative value. Bhikharia songs have a wide range of themes and usually they aim at social inhibitions and drawbacks of the society.
Festival songs mark another important category of folk-song. Navaratra is religious and ritualistic to the core. People, especially women-folk, worship goddess Devi for nine days with proper rituals and observe fast. During the festivals, music conferences are arranged. There are certain rural centres where fine forms of music have been developed. Darbhanga, Panchgachia in Saharsa district, Ara and Jhabua towns have developed prolifically the music of various forms. There used to be a school of music where village girls and boys were being trained in playing of Mridanga.
Some of the rich local Zamindar families in different parts used to hold regular music conferences every year. This form of entertainment has become rare now.
Pastoral songs express the thoughts, aspirations and sorrows of the villagers. Kuvar-Vijay folk songs are historical while Sobhnaika is sung at the time of marriage. Folk songs are widely recited and appreciated on religious and social occasions like Nagpanchami, Janmasthami, Teej, Chauk Chanda, Anant, Chhath, karma etc.
The marriage ceremony holds an important place among the ceremonies prescribed by both shastras and folklore. This ceremony lasting for several days is equally important for folk-songs. For example, some songs are called nehchu songs, sung on the nail-cutting ceremony of the bridegroom. Jyonar is also a form of folk-song which is sung when the bride and the wedding party enjoy a feast. These jyonar songs enumerate the things which are being served in the feast. Marriage songs can be said to be of three categories. The first one is ritualistic and has an air of magical charm about it. Various spirits are involved by a song and imagining that the spirits are coming in they are shut up in the cap, which is pasted on the wall of a room, and which during these marriage days is called ‘Kohbar’. There are other songs imploring the presence and protection of various divinities and spirits.
Purely seasonal songs are those which are sung during raining season, specially in the month of Savan and Bhadon. A class of these songs is called malhar. These songs express the pleasure of ladies when they enjoy ‘rimjhim’ or light showers. They insist in swinging (jhula) while singing with their friends and relatives.
The Santals of Bihar are musical people. One of their favourite musical instruments being a flute with six holes for stops and another one for blowing.
A category of songs are those in which women are free to sing according to their own choice and pleasure, expressing feelings and emotions for different occasions. As this is a very important occasion in the family life, there are many glimpses of delicate family relationship and finer sentiments. 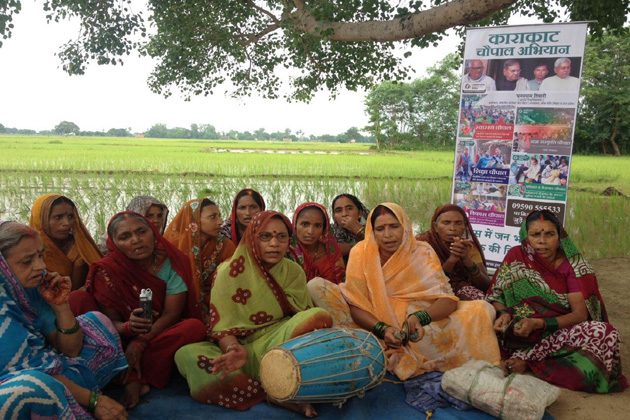 Folk-song (lok geet) is a very important form of folk literature. One of the categories of folk-songs is the ceremonial or sanskar songs. These songs form an essential part of rituals of various ceremonies relating to child- birth, initiation (yagyopavita or janeu) ,marriage and in some areas with rituals of death as well. Child-birth, initiation and marriage and other ceremonies are accessions of great happiness and joy. But on such occasions great care is taken to avoid any misfortune; hence the ceremonial songs and rituals are believed to have a magical potency.
There are some folk-tales and folk-songs where the impact of Hindu mythology is clearly seen. There are stories of Rama and Sita from the Ramayana.Fairs, festival and melas have also contributed a lot in preserving the folklore. Being great hubs of social life, these melas have kept up the traditions, stories, ballads and songs. When people attend the Ramnavami or the Janakpur Mela, they are all imbued with the immortal saga of Rama and Sita. Pastoral songs form another important element in Bihar’s folklore.

The tribal Folk songs of Bihar

The folk songs of the tribals have a strong ethical background. Just as in their dance there is no semblance of base. In spite of the absence of a script, many of the songs have been preserved. They have been handed down from generation to generation by the old men and women singing the songs to the younger generation and making them sing. The younger ones have the dancing floor to themselves. But the older generation, men and women, sit, watch and correct mistakes and provide guidance in music or rhythm. Purity and the primeval form in tribal poetry, songs or dance has been preserved wonderfully, although without any written literature.
In their social life there is no place for the individual and it is the community for which the individuals exits. So the tribal songs have a moral and cultural bearing which makes them the common property of the entire community and the world at large. The universal appeal is a remarkable feature of the tribal songs and music.

Songs, dances and dramas are accompanied by various musical instruments. Musical instruments of various kinds are common among various tribes and communities in this region. They comprise of the Dhol, Dhak, Dhanaka, Madal, Mandar or Madol, Nagara, flute, Pipahi (Shhehnai like), Jhanjh, clappers etc. Sometimes a C- shaped hom, Narsingha also called the Sakoa is used. Kandra and Banam are two uncommon instruments used by the Mundas and the Santhals respectively. Chatkola, cymbals of different sizes, flutes of different kinds, the popular among them being Tirio, and many types, shapes and sizes of percussion instruments are used. Tumdak and Tamak are two percussion instruments played together.

Folk-music is an integral part of daily life all over rural Bihar. The songs of shepherds grazing their herd, riders hauling produce or goods on their bullock-carts, or menfolk gathered under the shade of a banyan or peepal tree are amazing. Radio and television have added new dimensions to folk music, making different styles known outside their language area.There are a number of people,who earn their livelihood by means of folk music. 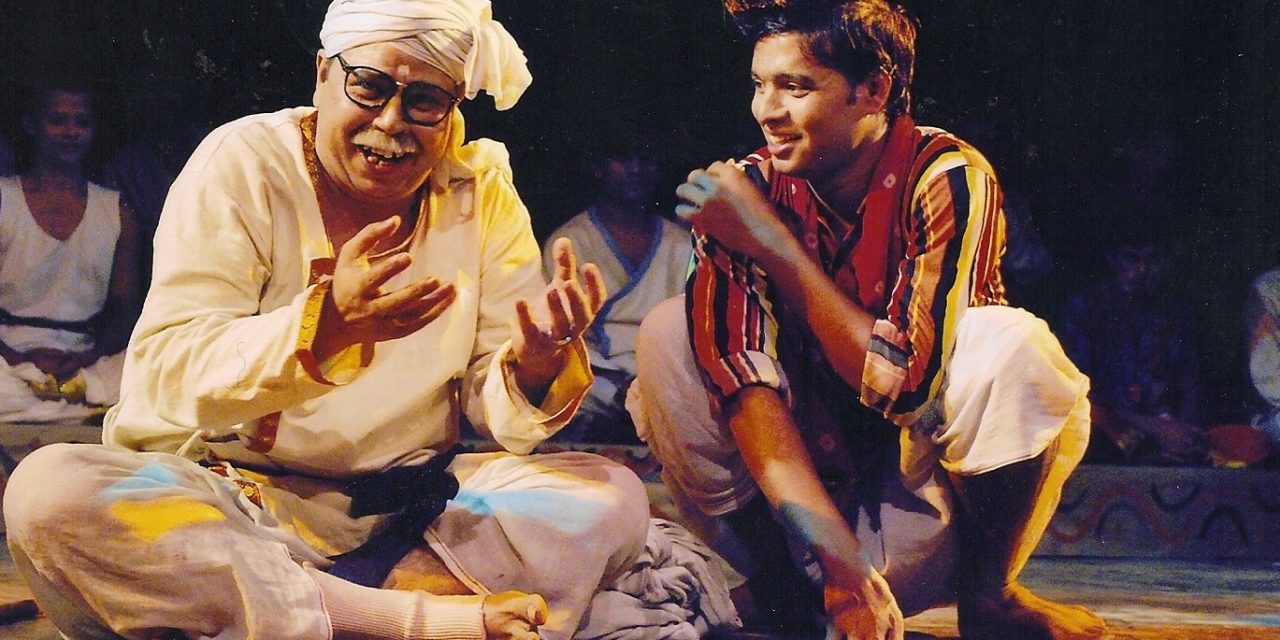