Ever wondered what connects the song ‘Hunter wala’ from Anurag Kashyap’s seminal flick Gangs of Wasseypur, Daniel Worm’s remix dedicated to its edible counterpart from Konstanz, Germany, and the indigenous music of the South Caribbean islands? If you guessed Chutney Music, you are right. This eclectic form of music is based in Indo-Caribbean Patois, which is a pliable dialect particular to the Caribbean region, amidst the Indian diaspora. Patois is a general term used to refer to locale-specific dialects, and fusion lingo is gaining traction in music, as instantiated by Sean Paul’s creole blend of reggae hip-hop. This fusion music infuses traditional Bihari folk songs with Afro-Caribbean beats, often contemporarily with Reggae influences. Although Bihari folk music came to the Caribbean islands with Indian migrant labour or coolies shipped off to work in cash crop fields of other colonies of the British Commonwealth, today the music has widespread appeal, beyond the Indian diaspora, and increasingly beyond the original countries as well.

The infectious music has engulfed nations in its vicinity, even those that have insignificant populace of Indian ethnicity. Although the music retains a firm anchorage in folk musical tradition, hailing from Central-East India, its character is increasingly gaining a proclivity towards robust, bold beats and one can frequently spot and encounter unmistakable party songs and disco beats in the genre.

Unlike Creole or Jamaican Patois however, Chutney music is not a product of Nativisation of a colonial language, at least not merely. A trijuncture of African, Bihari and later English styles, Chutney music is a distinctive true fusion.

Initially the music explored religious themes yet was never sombre, serene or lacklustre. Born within temples, sugarcane fields, and wedding-avenues, as they were (and in fact, persistently are) the cradles of spontaneous, rustic folk melodies back in their native state, the style gained a salient upbeat, sprightly nature and gradually took on a defining vivaciousness. This spirited, free-flowing and simpleton character, uncomplicated by musical intricacies has led it to become a party staple. The zestful serenades stand in testimony to solidarity between indentured and quasi-enslaved labours from two continents: Asia and Africa, as they worked and sung in solidarity, to acclimatise to the new land, and forge a familiar semblance. The mutualism ran more than skin-deep and today has thus resulted in a nigh-indistinguishable, irresolvable, self-distinguished, coherent form of music.

The music is prevalent in Trinidad and Tobago, Guyana, Suriname, Jamaica, and other parts of the Caribbean, Fiji, Mauritius, and South Africa, all sites of transmigratory servitude, as part of the colonial legacy. While, original language of the immigrants is diverging and declining in all these nations, the music solidly rooted in Bihari nativity, is thriving and booming.

Chutney music arose in the 1940s and reached the pinnacle of its popularity during the 1980s, roughly the same time as Reggae swept the world. The lyrics were said to be religious in nature and typically sung by females (a rarity amongst musical genres to be so, in the formative phase), often reminiscing rural rhythms and idyllic ritual ceremonies. Numerous sub-genres have since proliferated and developed in their own right.

Chutney music’s primary instrumentation includes the dholak, dhantal and harmonium. The former provides the rhythm, while the latter provides melody. Bhojpuri traditional percussion instruments are used to generate flavourful and flamboyant West African-Caribbean beats. The integral music has its components serve both mutually complementary as well as supplementary. As of late, automated holistic multi piece drum machines playing tassa (Taash) have been incorporated into it as well. Taash are the drumming performed in the Islamic Hosay festival, and also played during Hindu celebrations, particularly weddings. All these testify towards, and further bolster the eclectic, all-absorbing nature of this lively, alive and growing genre.

Indeed, Chutney music is the most syncretic and animated classes of music in the world. It is flavorful, adaptable, all-embracing yet always standing out with its distinct and buoyant salience. From the pell-mell dilapidated animal-hide diaphragms in the cane fields to electronic drum-sets incorporating pan-European tones, Chutney music is indeed a worthy namesake of its eponymous culinary item – the chutney – vigorous, dashing and dynamic. 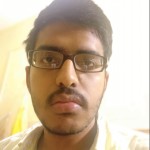