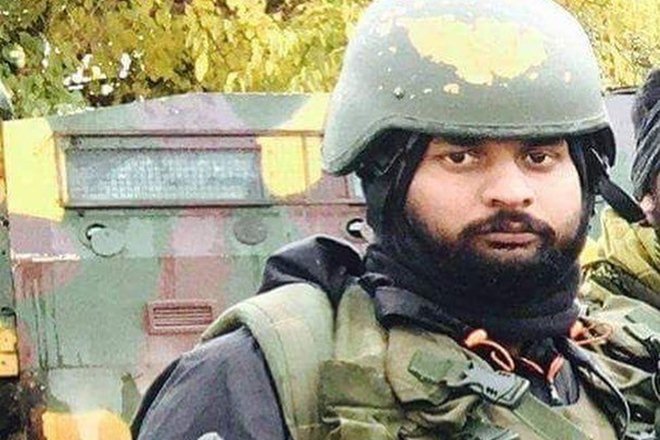 In a first, Jyoti Prakash Nirala, a Garud Commando of Indian Air Force, will be honoured with Ashok Chakra posthumously, a number of news reports have said. Nirala, who attained martyrdom on November 18 last year, is credited for single-handedly eliminating top leadership of Lashkar-e-Toiba (LeT) in Hajin area of Jammu and Kashmir. The IAF Jawan’s story is nothing less than an inspiration. Nirala, a Corporal rank officer in IAF’s elite Garud force, had gone for search and cordon operation with army personnel on Saturday 19th November 2017. The force received a tip-off that six terrorists had taken shelter in a house located at Chandergeer in Hajin area of North Kashmir’s Bandipora district. Soon, Nirala along with his fellow armymen started searching the hiding terrorists. Reports say that Nirala led from front during the operation – touted to be one of the most successful operations of 2017. Five out of six militants, including the nephew of Pakistan-based LeT operational chief Zaki-ur-Rahman, were eliminated in the operation. However, Nirala was severely injured in the gun battle and made supreme sacrifice for the nation by laying down his life.

Reports say that Nirala was shot thrice by terrorists during the encounter. Despite sustaining bullet injuries, he continued with the operation. Nirala was a resident of Badladih area in Bihar’s Rohtas district. Bihar Chief Minister Nitish Kumar on Sunday expressed grief over the death of Indian Air Force (IAF) commando Jyoti Prakash Nirala. The chief minister also announced an ex-gratia of Rs 11 lakh for his family. Nirala is survived by his wife and a four-year-old daughter.

The Ashoka Chakra is awarded for most conspicuous bravery or some act of daring or pre-eminent act of valour or self-sacrifice otherwise than in the face of the enemy.

Following categories of persons are eligible for the Ashoka Chakra:
a. Officers and men and women of all ranks of the Army, the Navy and the Air Force, of any of the Reserve Forces, of the Territorial Army, Militia and of any other lawfully constituted forces.
b. Members of the Nursing Services of the Armed Forces.
c. Civilian citizens of either sex in all walks of life and members of Police Forces including Central Para-Military Forces and Railway Protection Force.

Nirala was the third IAF’s Garud force personnel who was martyred during security operations in north Kashmir. A Times of India report says that small units of Garud commandos are undergoing “battle-inoculation” “live situational training”. In October, two other Garud commandos were martyred in an operation in Hajin. According to officials, foreign militants sneaking across the border from Gurez and Nowgam have been using Hajin as a transit point before moving to south Kashmir.