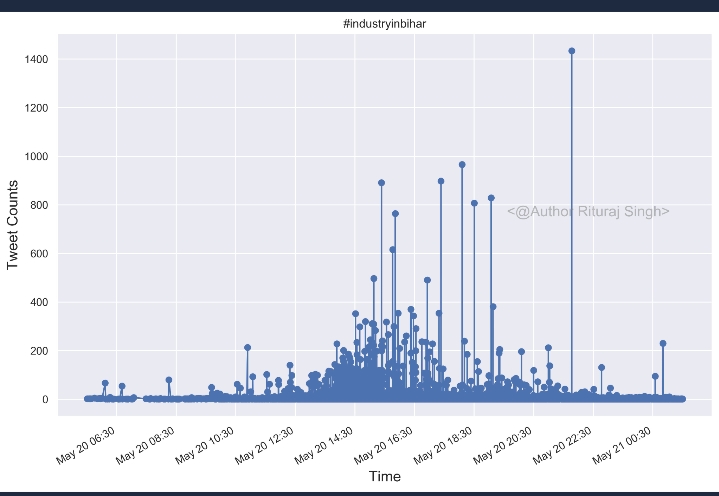 A few days back Twitter was taken over by #industryinbihar. Twitter brimmed with the demands to open up factories in Bihar making it the No. 1 trend on Twitter. On 20th May 2020 at around 10:30 there were some 1,400 tweets tagging #industryinbihar. Just in case if you failed to catch the trend you must be wondering what is #industryinbihar and why is everyone talking about it? As the tweet suggests, people urged the government to carry out Industrialisation lockdown Bihar can offer employment to all its citizens and they do not have to move out in search of jobs for earning a livelihood. 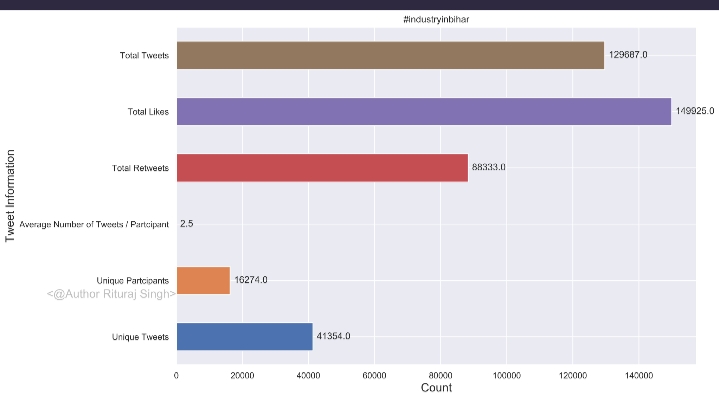 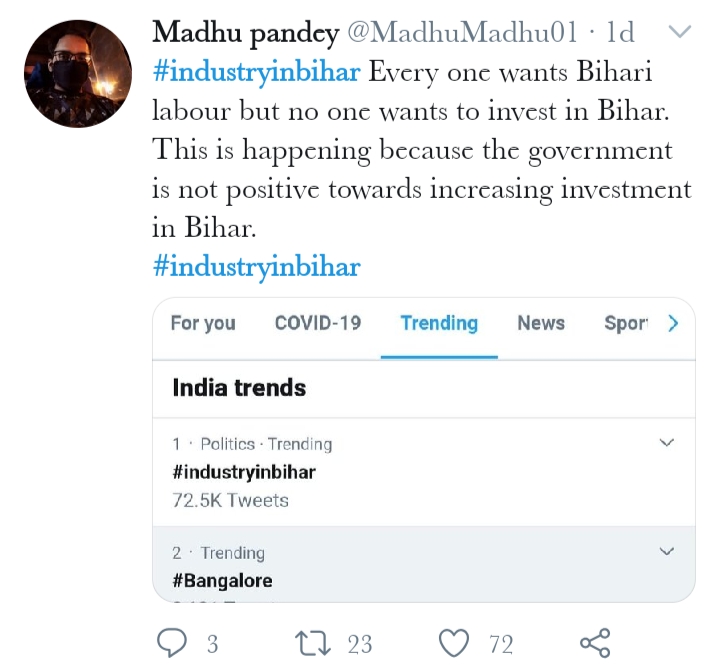 The Nationwide lockdown imposed due to COVID-19 forced thousands of migrant workers to return to their home state. Many of them hailed from Bihar. The virus which has become a threat to mankind has also brought us face to face with our shortcomings. The return of thousands of migrant workers forced the masses to ponder over the fact that why they had to move out in the first place?
The question gave birth to the most trending topic #industryinbihar. Twitter flooded with the views and demands of people. While some felt that it’s high time to lift the three-decades-long lockdown from the industries in Bihar, others were of the opinion that this is the best time to revive the industrialization by providing the migrant workers employment in Bihar. 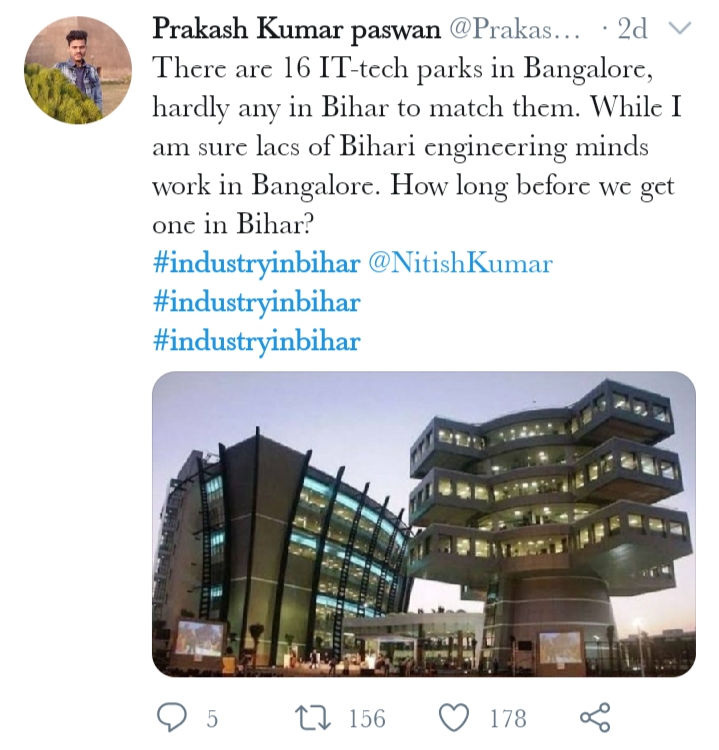 History of Industrialization in Bihar

Why no major company is investing in Bihar? Why the factories were shutdown? These are a few questions that scream the lack of employment in Bihar.In order to understand this better let’s dive into the History! Agriculture has always been the backbone of the Bihar’s economy right from the Mauryan Age. Back in the mid-fifties, Bihar was and a powerhouse of the nation responsible for the growth of 50% of horticulture products, 25% of sugar, and 29% of rice and wheat output. Dalmia Nagar was once a large Agro-Industrial.

Back in time Industrialization of Bihar was carried out in two segments. There have been attempts to industrialize the northern half of the state between 1950 and 1980 by setting up an oil refinery in Barauni, Barauni Fertiliser Plant, Barauni Thermal Power Station, a motor scooter plant at Fatuha, and a power plant at Muzaffarpur, Bharat Wagon, and Engineering at Muzaffarpur and Mokama.

Between 1947 and 2000, the industrialization of the southern half of the state commenced which also resulted in shifting the focus from North Bihar. The undivided Bihar government developed important industrial cities like Bokaro, Jamshedpur, Dhanbad, and Ranchi in the south. The north remained the agricultural heart of the undivided state. The two regions complemented each other.

The factories which were once the heart of Northern Bihar dwindled gradually. People have come up with numerous theories for this decline. Many in Bihar blame the freight equalization scheme, poor political vision, criminal advancements, under-investments in the key sectors of agriculture, infrastructure, and education. Others view cultural and political factors as reasons behind the economic drop. Whatever be the case, we do need to curb the plight of these migrant workers. Do you have a different opinion? Share it with us and let your voice be heard!

Quote of the day-“ The purpose of our lives is to be happy.” — Dalai Lama.