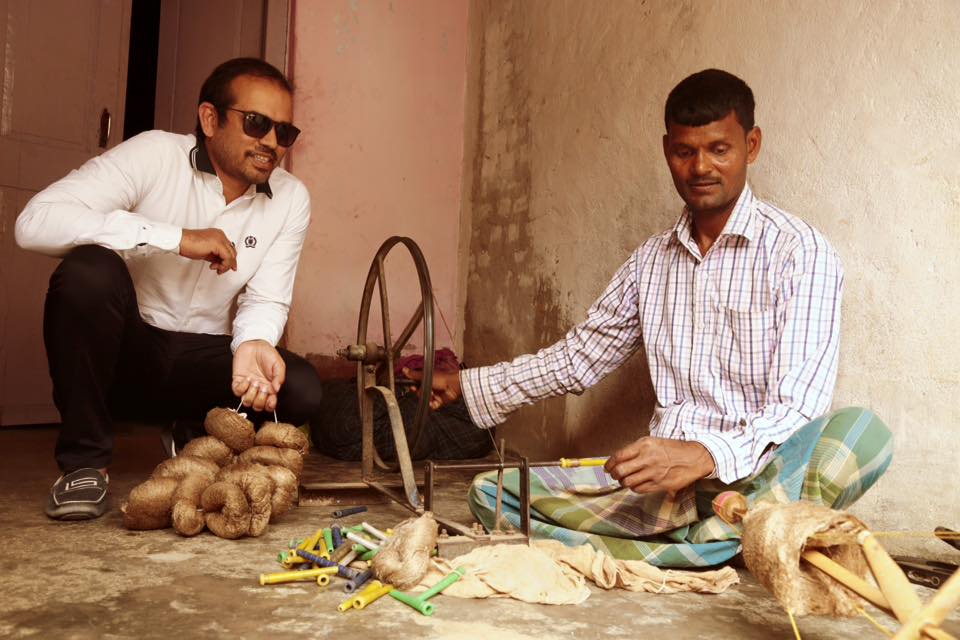 Article by: Athira A Nair

This story unfolds in Bihar’s Banka district, one of the poorest districts in the country. A recipient of the Backward Regions Grant Fund Programme, the main source of income here is agriculture. There is a small-scale weaving industry as well, and the average daily income of a weaver Rs. 30 – or so it was till a few years ago.

The protagonist of the story is Udyan Singh, a Banka-based civil engineering diploma holder who served in the Railways for five years before turning to ad film making. His love of creativity took him to Delhi, where he created over 100 ad films, and a primetime television serial – Ek aangan ke ho gaye do – for Doordarshan with Lekh Tandon.

During his visits to his hometown, he could not help but notice the plight of the local weavers who were too poor to even send their children to school. In 2012, he came back to Banka with a plan. “I wanted to make a change to the lives of the hundreds of weavers in Banka. With more exposure through strategies like exhibitions, they could earn more for their hard work,” says Udyan Singh. And that’s how it began.

With the number of weavers declining in Banka due to the community’s declining financial situation, Udyan’s move encouraged more people to take up weaving as a profession and become part of the century-old legacy, whilst making a livelihood. 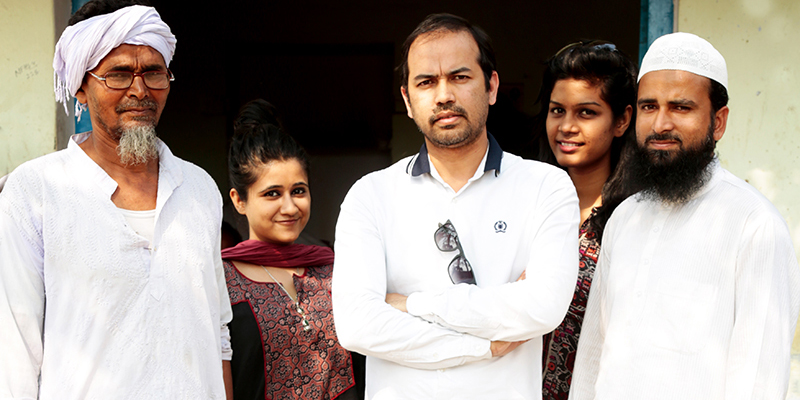 Banka Silk aims to not just impart skills to the weaver community, but also connect them with markets and help them become self-sustaining.  Udyan currently employs about 5,000 weavers. “We employ up to eight members in the same family, and ensure that their children go to school,” he says.

The weavers extract silk filaments from home-grown cocoons and the yarns are treated using age-old processes to produce various types of fabrics. The entire ecosystem is kept away from the effects of manufacturing equipment that uses non eco-friendly raw materials and processes. Even the dyes used are vegetable-based, which ensure a zero-carbon footprint.

Udyan brought designers from NIFT, trained the artisans in design and skills, and invested Rs 25 lakh to build the foundation for the company. Launched officially in July 2015, Banka Silks works directly with the weaver and artisan community without any middlemen, and provides silk, khadi, and linen fabric, as well as readymade dupattas, sarees, and stoles priced between Rs. 4,000-8,000. Targeting professional, upper class women, they conduct exhibitions in Patna and Delhi, in addition to selling online with indianroots.com, Indianartizans.com, sabsaman.com, and their own website. The retail business orders are worth above Rs 5 lakh per month. 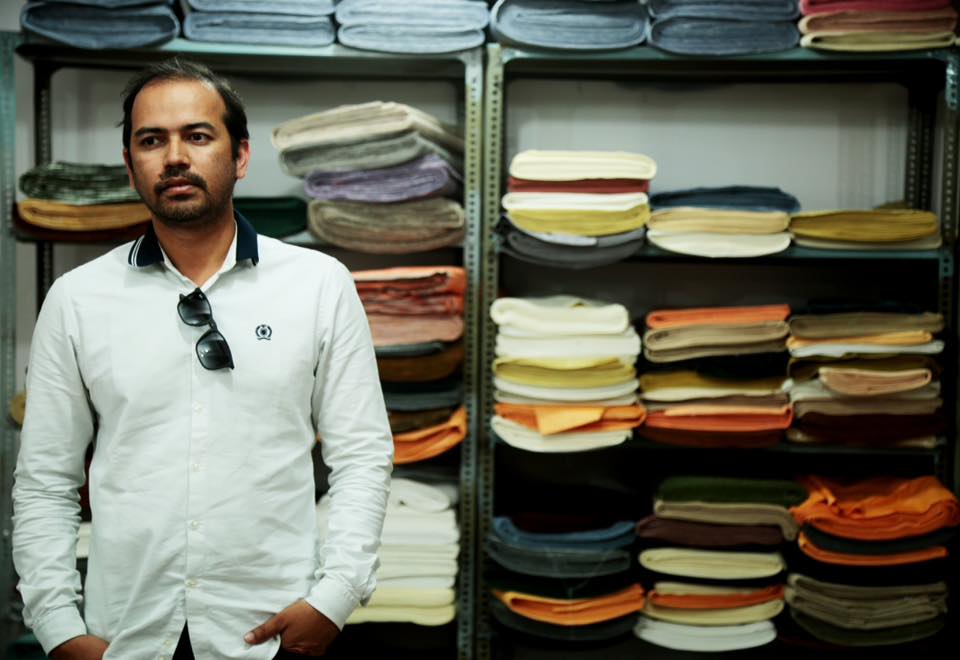 Handloom and ethnic products are not unpopular among the urban population. Data from the Association of Corporations and Apex Societies of Handlooms (ACASH), the nodal agency for supply of handloom goods, shows that executed orders were worth Rs. 68.25 crores for FY 2014-15, and during 2015-16 (till November 2015) it was worth Rs 62 crore.

Yet, poverty affects rural area artisans in most parts of India. Despite abundant schemes and subsidies, these weavers and artisans are not able to qualify for financial benefits. They can be empowered only when they get a standardised wage rate.

Udyan says that Banka Silks has not received any subsidies from government agencies like Khadi and Village Industries Board. “There should be cluster support from the government for artisans’ training programmes. Improved technology is essential for quality control and textile dyeing,” he adds. His weavers suffer losses if B2B clients complain of variations in colour and weave.

However, there might be a chance for revival of the handloom industry, which is believed to be the largest cottage industry in the world. The export of handloom products rose at a CAGR of 6.9 per cent to $ 368.0 million in 2014–15 from $ 264.2 million in 2009–10. More private players are finding opportunities for entrepreneurship in the weaver community. New entrants like Okhai and bigger players like Craftsvilla bring hope to the Indian handloom industry to grow through e-commerce as well.

“We have had about 200 per cent growth since inception, and we are aiming for Rs.50 lakh a month in revenue,” says Udyan. Along with the B2B tie-ups with brands such as Biba, Jeevika, and Avantika authentic, Banka Silks has witnessed a turnover of approximate of Rs.4 crore in the last quarter with Rs 25-30 lakh each month. Currently, with a team of 18, in addition to freelance designers, Banka Silks is targeting a turnover of Rs.5 crore for 2016. They are now in talks with Pantaloons and Fabindia.

With great momentum, Banka could be the role model for the rest of India and traditional beauty in textiles can be reborn and provide livelihood to thousands of weavers.

This article first appeared on YourStory.