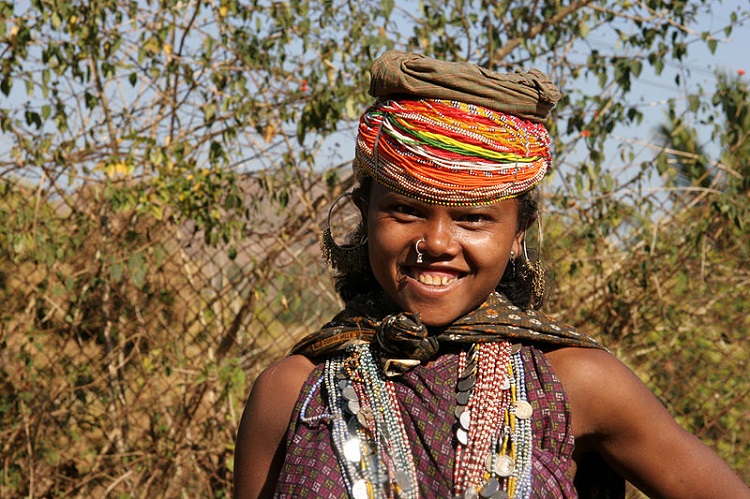 In Patnabeats’ journey to explore the tribes of Bihar, today our destination has reached a unique tribe named Gorait. This tribe is a part of the proto-australoid group and are of Austric racial group. In Bihar, Gorait tribes reside in the hilly areas, densely covered with forests and greenery. They are said to possess a very friendly and lovable nature which leads to them sharing a very good relationship with all the other tribal communities who live in their proximity.

Gorait tribes have a heritage of rich culture and tradition as reflected in various aspects like marriages, attires etc. According to anthropological evidence, most of these Gorait tribes have taken up the occupation of farming and irrigation. Some of them also work as weavers, drum players, village messengers and watchmen. It is natural that the economy of this Gorait society too is agrarian.

These Gorait tribes craft handmade items like baskets, mats, brooms, winnow trays etc so that they can carry grains and goods and also for restoring them. They are also involved in hunting and making various kinds of weapons like bow-arrow, Lathi, Ber, Barchha. Not just that, they also make musical instruments, like, Dhol, Manar, nagara, flute and others. There are numerous clans within the Goriat tribes based on ‘totemism’. A few significant ‘totemic’ Gorait clans are Indnar, Tudu, Khalkho, Toppo etc.

Although the authoritative power lies in the hand of the father or any other male because of the prevalent patriarchal system, the head of the family, takes into consideration the opinions of both of his wife and children especially those related to selling and purchase of commodities, marriage, invitation, dresses, worship, social relation, feast, cow, goat, chicks, ducks etc. This tribe celebrates festivals like Karma, Sarhul, Jitia, Sohrai, Nawakhani, Maghi and Phagu.