Gaya Gharana: Music from the courtyard of Bihar’s “Jaans and Khans”
Skip to content 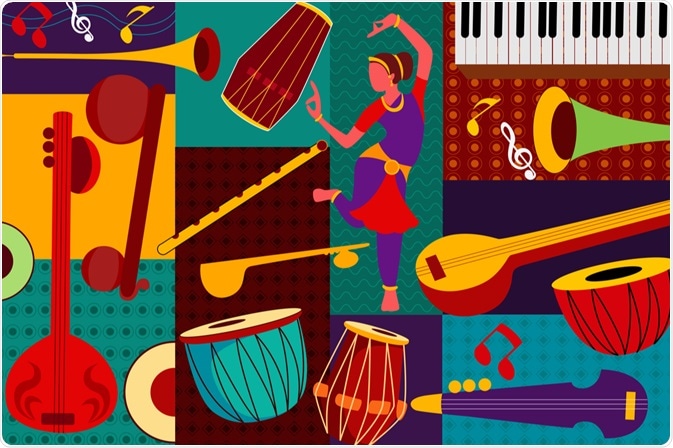 In today’s article, Patnabeats’ journey has reached Bihar’s ‘Gyan aur Moksh Ki Dharti’, Gaya. Apart from the rich and vivid culture that this land has, Gaya is also known for its school of music, ‘Gaya Gharana’. Bihar was the hub of classical music mainly due to the patronage of its princely estates where the landed Zamindars and similar estates often held concerts and mehfils. Khayal, Drupad, Thumri and instrumental music found patronage in these affluent Rajwadas.

From courtesans like ‘Dhela Bai’ to the Zamindars and Nawabs (Jaans and Khans), Gaya was the musical epicentre around the middle of the 19th century for stalwarts like Hanumandas Ji, Kanhai Lal Dhendhi, Soni Maharaj (son of Hanuman Das Ji) and Ramuji Mishra, the famous vocalist who had come from Banaras and settled down in Gaya, being excelled in Harmonium, Israj and Thumri respectively.

Nakphop Haji, one of the great patrons of music in Gaya, frequently organised night-long musical sessions in which great maestros like Gangubai Hangal, D V Pulaskar, Omkarnath Thakur, Alla Rakha, Begum Akhtar and Bade Ghulam Ali Khan participated. Jaddan Bai, an exponent of Indian classical music, was patronised by the Nawab of Gaya. During the olden days, Gaya developed as a centre of thumri. The Gaya Thumri was sung in a slow tempo but of 8 beat cycle “Keherwa taal” and came to be known as the “Thah Ki Thumri”. The greats of which were Soni Maharaj, Balram Singh, Ram Prasad Mishra and Jay Ram Tiwari.

The Gaya gharana included both vocalists and instrumental musicians, as it nurtured both the singing of kheyal and the playing of esraj introduced by Hari Singh and his son Hanuman Das around the middle of the 19th century. The Gaya Gharana singers also specialise in Tappa style of singing. Some were even Khayal singers but Tappa and Thumri were their forte. In fact, Padmashri Gajendra Narayan Singh of the Sangeet Natak Academy rates Pt Govardhan Mishra as the best Tappa singer in the country today.

With such a rich history and beautiful folk stories, Gaya Gharana is definitely one of those schools that have left a golden mark on the minds of musicians and music lovers that will also continue to inspire and captivate multiple generations ahead.