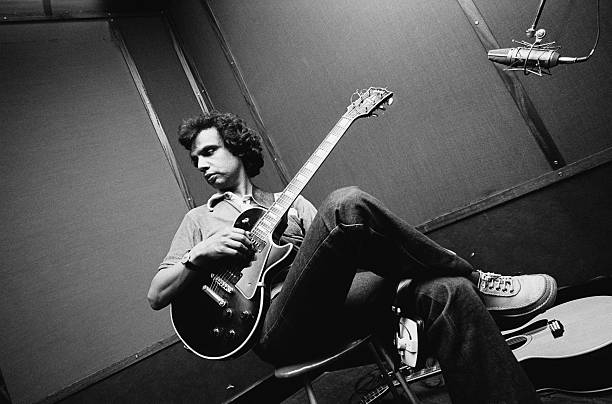 Western music has some legendary names whose origins trace back to India. Be it the great Freddy Mercury, or the pioneer of Indo-Jazz, John Mayer, they have close connection to India. One more star lies in that list and he’s more close to home for us Biharis and his name is Gary Boyle. Those of you who are die hard fans of Rock and Roll and Jazz music might be familiar with this British guitarist who is among the greats of his genre.

Gary Boyle was born in Patna on 24th November, 1941 which is considered to be the diminishing days of the British Empire. Boyle’s story of a childhood spent in Bihar’s railway towns to playing with the legends of jazz and rock such as Eddie Harris, Brian Auger, Dusty Springfield and Jimi Hendrix, is one of the most inconceivable story you’ll ever hear.

At present, Boyle, who is in his 70s, lives in Lancashire, a ceremonial county in North-West England. His father was a driver in Railways in Bihar during British rule while his maternal grandfather was an area boss and he calls himself an Anglo-Indian. Boyle’s great grandfather came to India from Ireland, as they were of an Irish descent, with the army while her grandmother was an Armenian.

Talking with Scroll.in about the memories he has of his first years in India, Boyle says,

“Dad was assigned to various places for periods and I remember some of those. Often, we lived in small villages with only a couple of other houses. Though I was too small to ride in the engines with dad, I remember trains coming in and going out. And there’s a weird memory of cows and getting milk off the train. And though I don’t really have memories of the big machines, I do recall daydreaming about cleaning the wheels when I got older.”

Boyle and his family then moved to London. It was really difficult for them in the first period of their stay. The whole family had to stay in one room. The winter of 1947-48 was worth remembering in the history of winters. They had no warm clothes but eventually they moved to South London and things started improving. His father got a job as an engineer at the General Post Office, where they had an underground railway and his father used to carry the mail around London.

In the mid-1950s when Boyle was around 15, the first youth-driven torrent of popular music broke out in gloomy, post-war England. Within months, thousands of teenage boys were in trance of it. Within a couple of years, around 30,000-50,000 skiffle groups were roaming in England.

Boyle was inspired by Lonnie Donegan and Chris Barber during his school days. His uncle gave him his first guitar lessons. He started playing in a youth club across the street.

In late 50s, bands like The Rolling Stones, The Who, The Beatles and The Yardbirds were invading America with their new sound. In order to get more exposure, Boyle and his bandmates moved to Hamburg, Germany. Like a lot of English groups, he played for a while in Hamburg. He still had two years of his school left when he asked his father about getting professional which was a big deal for working class people back then.

His father said, “Go for it. Take a chance. We’ve kept you for this long. See what you can do.” Around Christmas in 1962, Boyle and his band were in Hamburg playing in clubs on the Reeperbahn. The Top Ten Club and Star Club, where The Beatles were playing, were just down the road.

The English bands in Hamburg used to work really hard and lived in substandard conditions. By the time they got back to England they had recognition on their faces. In his final years in Hamburg, Boyle knew that he wanted to be a full-time musician. Music wasn’t considered as a career back then. He wanted to keep doing it as long as he can.

Boyle’s stature as one of the most accomplished and versatile players, equally light-footed in rock, jazz and acoustic, can be traced to the amazing and tumultuous work he did in the late 1960s and early 1970s.

He was playing rock but his record collection was full of Jazz. He started mixing both the genres and brought the unforgettable fusion to the musical world.

During his Trinity years, Boyle came in contact with Jimi Hendrix.

“He played with us from time to time, and then we had a residency at the Speak Easy, a real musician’s hangout. McCartney and everyone hung out there. Hendrix, who never brought his own guitar, took a shine to my white Stratocaster and played the gig.”

Boyle also took private lessons and studied music for a while.

Talking about Indian music and Sitar in the rock world Boyle says,

“That Indo-jazz thing does appeal to me. I’ve always had an interest in South Asian music. I remember seeing Ravi Shankar before The Beatles made him famous, at an afternoon concert, and also Nikhil Banerjee. I listen to a lot of it but don’t play it at all. I never studied Indian music properly, just informally.”

Isotope, Gary Boyle’s very own band was formed in 1972. Isotope released three albums but Boyle’s peak of fame, if not fortune, came when he started recording under his own name in the mid 1970s.

With the release of The Dancer in 1977, he was the third-most popular guitarist in the Melody Maker music polls, and the album itself was awarded the best jazz pop album of 1978 by the Montreux Jazz Festival.

After The Dancer, he didn’t have any management to help him with the business and his graph started going down. But the thing that bothered him was that there was no longer a chance to play with the guys he loved.

Gary Boyle taught for about 20 years in four different colleges.

Boyle still has a band. He says that he enjoys his recent gigs but he feels guilty about him not working harder.

In 80s, due to some issues in his plane he had to spend 48 hours in Bombay. About India, Boyle says,

“I see India chasing after money just like the West and that’s not good. But I definitely want to go back.”