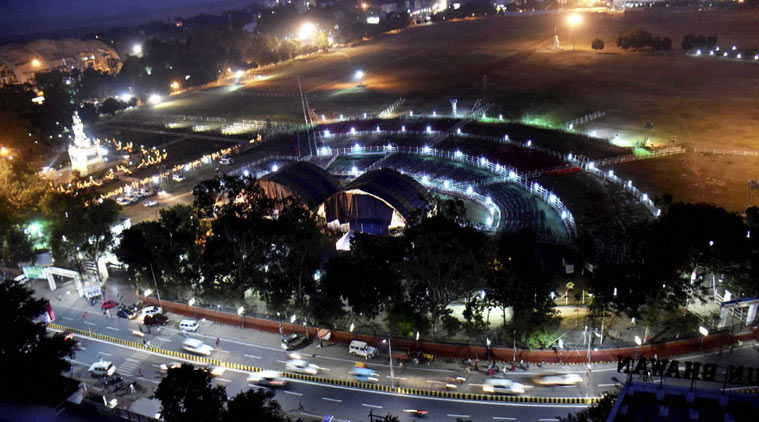 The Sri Krishna Smarak Vikas Samiti has zeroed in on Gandhi Maidan for an open theatre under the Patna Smart City Limited project after Patna Haat at the Maidan shut down.

An open theatre at the Maidan with a sound system worth Rs 4.5 crore is likely to open soon.

Samiti head and Patna divisional commissioner Anand Kishor said several firms have shown interest in the project and soon companies would be selected. “We are going to have a general body meeting of the samiti soon in which we will take a decision on how to utilise the space which was earlier given to Patna Haat. However, we are working on a plan of starting an open theatre at Gandhi Maidan,” Kishor said.

Fifty stalls of Patna Haat was shut down on April 19 this year and the space remains vacant. However, the committee has not yet decided on how to utilise the space because the ground also needs money to be maintained regularly.

Sooner or later, the committee would take a decision on the utilisation of space but as of now the focus is on the open theatre which will be the centre of attraction of the ground spread over 62 acres. Steps are being taken to convert the Gandhi Maidan into a city square.

Kishor did not reveal the name of the companies which have shown interest but said it would announce the names soon.

“The pre-bidding meeting with the interested firm has been done and many have showed interest in the proposal. Some even gave suggestions. However, we are in the process of shortlisting a firm which would be awarded the tender for the theatre,” Kishor said.

The concept of open theatre has been derived from the open driving theatre in Ahmedabad where people go and watch movies in their cars after purchasing tickets. However, the open theatre at Gandhi Maidan would be different and no resident would be charged.

Apart from films, residents can also watch light-and-sound shows. The open theatre would be available on all four sides of the ground in the form of a big screen or projector. The projector would be used for other programmes as well during an event on the ground.

As far as films are concerned, no new movies would be screened at the maidan theatre.