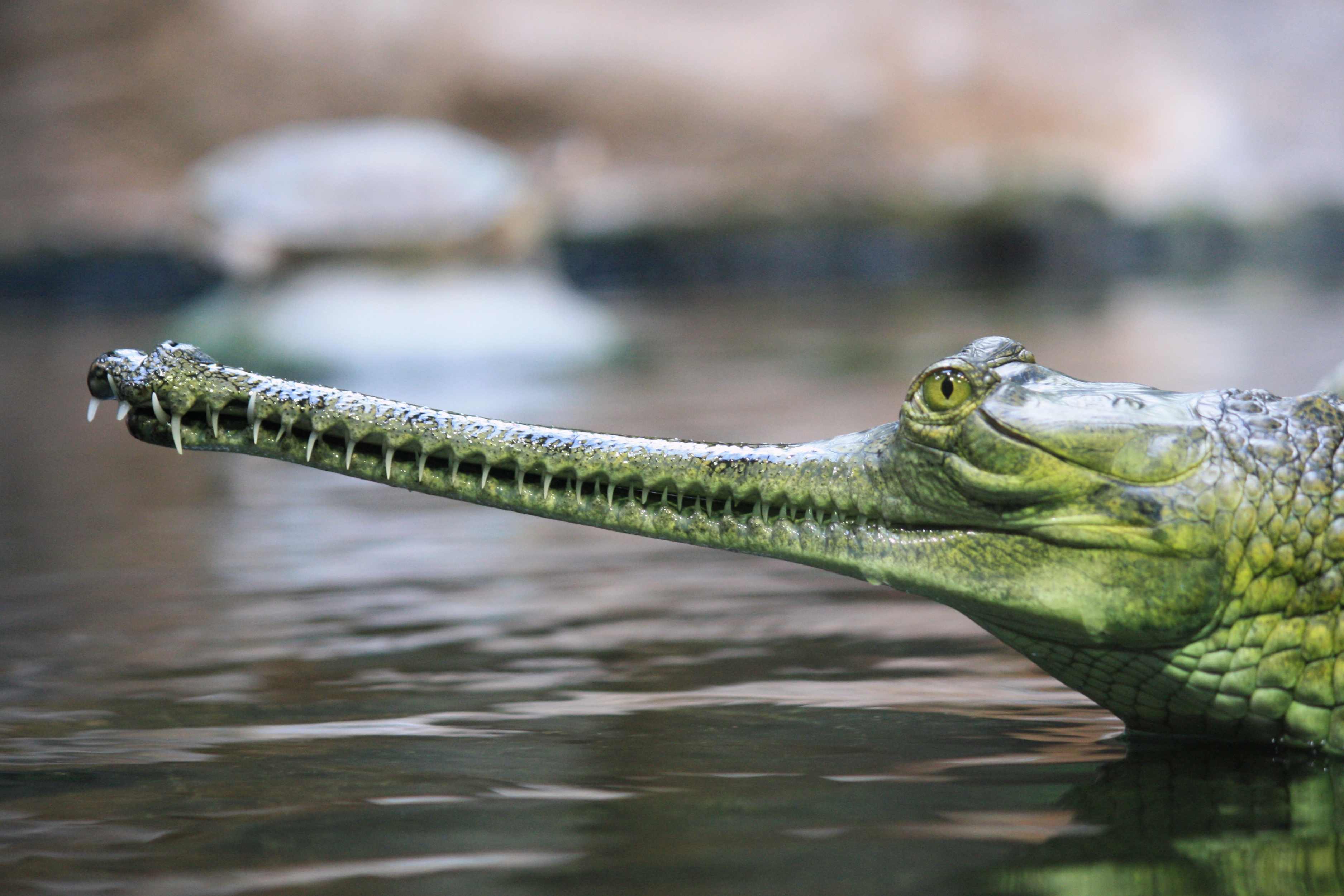 Gandak River in Bihar has established itself as the third breeding ground in the country for the critically-endangered gharials after the birth of 7-8 baby crocodiles near Valmiki Tiger Reserve on World Environment Day. As part of a Gharial conservation programme of the Bihar forest department and Wildlife Trust of India (WTI), a team of experts have been releasing captive-bred gharials in the wild and into river Gandak after which breeding in the wild began.

“This is the first record of wild bred gharials in the river. Decades ago there used to be a good number of gharials but gradually the number depleted. Now breeding has once again begun,” Samir Kumar Sinha, head of the Gharial conservation project told PTI from Patna.

He said they noticed six nests at a stretch of about 700 metres in April after which they formed a team to monitor it 24/7 along with two local villagers so that predators like jackals and raptors did not feed on the eggs.

“We are happy that on June 5 when we were celebrating the World Environment Day, 7-8 hatchlings came out from the eggs along the banks of the river after 59 days,” he said.

Renowned expert on crocodiles Dr B C Choudhury said this is the third breeding population of Gharials, endemic to the Indian sub-continent, in the country after Chambal and Girwa rivers. “The state government is committed to conserve gharials in the Gandak River and with discovery of breeding population and nesting sites we are encouraged to strengthen our commitments further,” U S Jha, Chief Wildlife Warden, Bihar, said.

A study in 2010 recorded 15 gharials in the river before the conservation project started but now a survey done by WTI in 2015 recorded a minimum of 54 gharials of which 26 were adults. The nests were protected throughout the incubation period by WTI field team with active supports of local farmers. Besides fending off predators and covering the nests with sand and iron mesh, they also guarded it with bamboo fences. Some of the nests had to be shifted due to floods. One such nest may contain anything between 20-40 eggs.

“We even assisted the hatchlings to come out of the nest as we removed the sand cover on the ground nest to check when they are ready to come out,” Sinha saidIn one of the cases, the mother gharial abandoned the eggs thinking they will sink in flood waters but were later recovered by the field staff. Barely 3-4 days old, the babies are now about 8 inches long and feed on their own in a small pool of water near the river.“When the monsoon comes they will be flown in the main river and will have to survive on their own in the wild,” Sinha said.