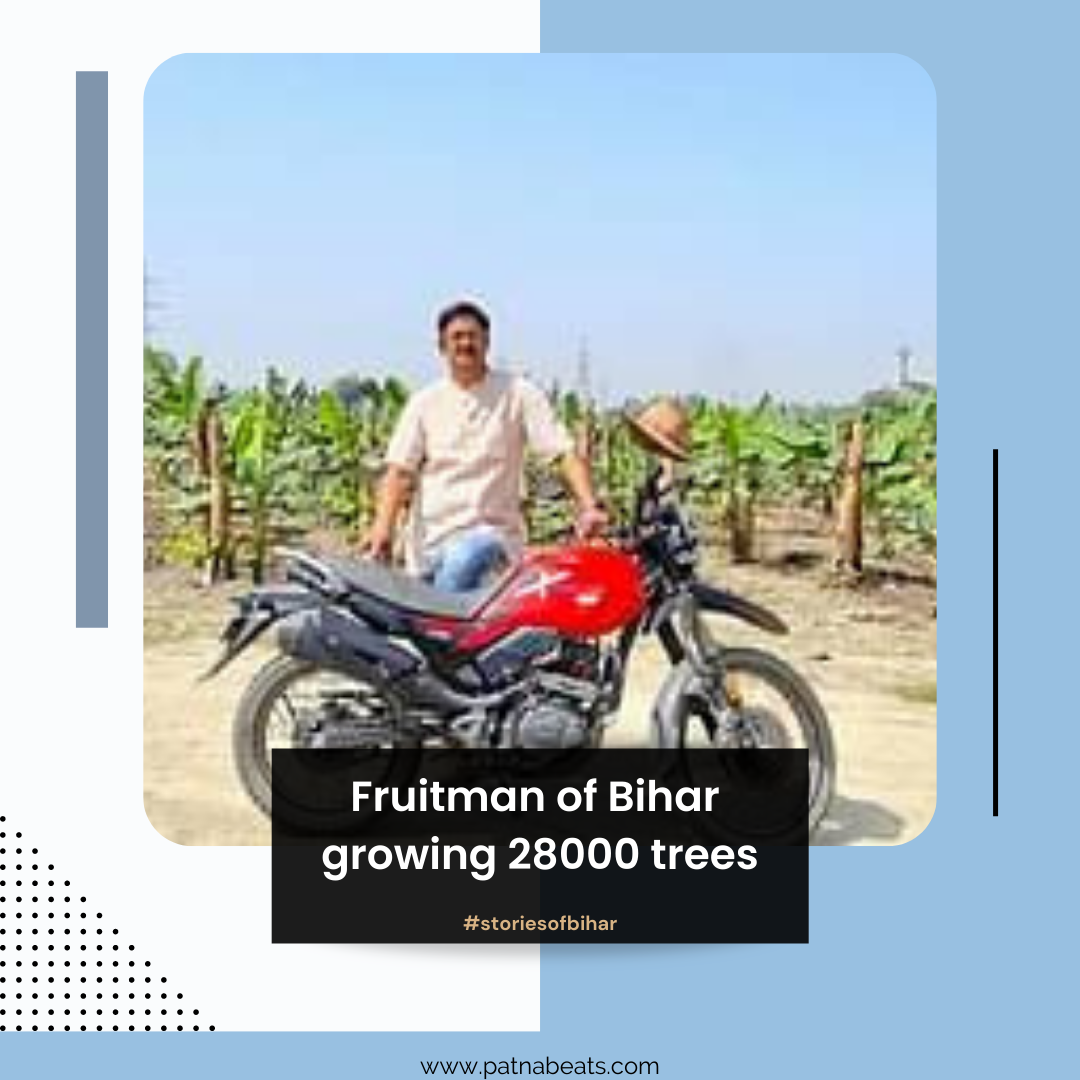 Everyone likes to eat seasonal fruits but only few people are aware of the efforts behind growing and nurturing these fruits from roots to shoot, the growth of an acorn to an oak tree doesn’t happen in one night it takes lot of time, efforts, resources and hardwork. Sudhanshu Kumar from Bihar has a fully automated farm with a wireless broadband connection, and incorporates scientific farming methods to grow a vast variety of fruit trees, including mangoes, lychees, jamuns, and dragon fruits. He earns around Rs 80 lakh a year.

Every morning Sudhanshu goes to his farm parks his bike under the shed goes to the control room chooses a movie to watch and once he is done with choosing the right movie he switches on the button in the control room and while he is over with his movies approximately after 2 hours the irrigation and sprinkling of fertilizers is also complete alongwith his movie and after finishing with everything he shuts down everything and heads out home.

Sudhanshu a farmer from Samastipur district of Bihar has very well mastered the art of growing fruits with minimum monitoring and no worries regarding the workforce. On his 60 acres farm he grows 28000 types of trees banana, lychee, dragon fruits etc and earns around 80 lakhs Rs per annum.

Sudhanshu has been practicing farming since 1990, and has always emphasized on the use of scientific techniques to increase yield and economic benefit. He shares, it all started when he turned down the offer of a job of an assistant manager at the Tata Tea Gardens in Munnar. The 58 year old says that his father and grandfather wanted him to pursue civil services, but after some convincing Sudhanshu says they agreed and gave him a 5 acres of uncultivable land to see his expertise as a farmer.

He adds he took advice on the technology and methods the he could adopt to rejuvenate the farm from scientists at Dr Rajendra Prasad Central Agricultural University in Pusa. After a year of hard work and spending Rs 25,000, he earned Rs 1.35 lakh. It was a big achievement, as the particular area had never earned them more than Rs 15,000.

The first purchase Sudhanshu made with this income was a tractor-mounted sprayer with the cost of Rs 40,000. From here, his journey towards automation and implementing technology in farming began. Today, the same five acres reaps Rs 13 lakh a year.

He says the market linkages have helped him get more customers over time. “However, there is a shortage of cold chain facilities that have not been developed or supported by the government. The infrastructure demands huge costs, and if the government facilitates, it will help farmers store, process and earn good returns,” Sudhanshu says.

His achievements were recognised and appreciated at various levels. He was conferred the Jagjivan Ram Abhinav Kisan Puruskar, an innovative farmer award in 2010, Best Mango Grower Award from Society for Development of Subtropical Horticulture, Role Model Award from The International Consortium of Contemporary Biologist & The Board of Trustees of Madhawi-Shyam Educational Trust (ICCD-MSET) in 2011 and Mahindra Samriddhi India Agri Awards in 2014.

He is also part of various farmer bodies at both national and international levels. Summarising his success, Sudhanshu says, his grandfather owned 2,700 acres of land at one point, and around 200 acres remain under my ownership today. Yet, he was able to grow four times more produce. This has only been possible with the use of technology and science.