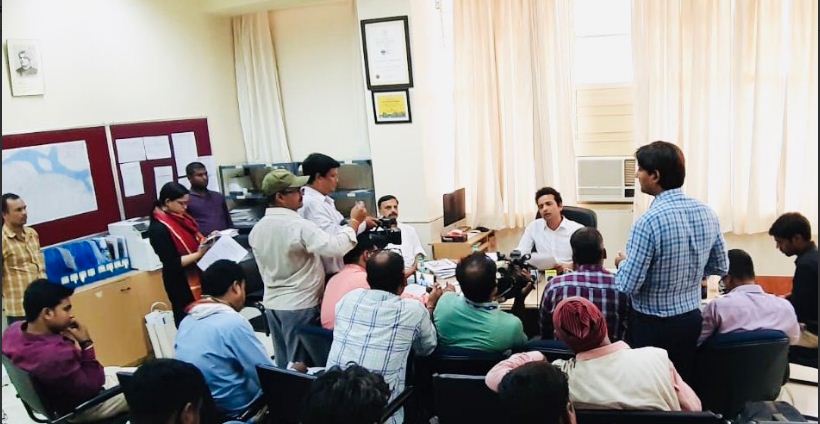 It’s been 4 years of smart city mission, but for Patna smart city limited it is only 2 years. Patna was selected in June 2017 and PSCl was founded in November 2017.

Some of the Smart city projects on work and proposed are as follows-
1. Integrated control and command centre: ICCC is a web-based solution project oriented to provide the network backbone to the whole city. The centre will be an epicenter for all the technology interventions like surveillance camera feeds, solid waste collection data, city utility maps, traffic statistics, parking availability, criminal tracking & crime detection, health and Ambulance services, fire fighting etc. The main components of the projects are wifi hotspots, 5000+ CCTV cameras, integrated traffic management system and e-governance services like issuing birth-death certificates etc.

2. Smart Road Network: Patna Smart City Limited wishes to redesign the physical features and functionality of the identified 16.5 km. the road network in ABD area as Smart Roads. The aim is to enhance the appearance and physical features, ensure space distribution and provisions, increase the green cover by adding plantation and incorporate smart road components as value addition. Roads will have on-street parking facility; all utility wires and materials undergrounded and improved night time visibility. 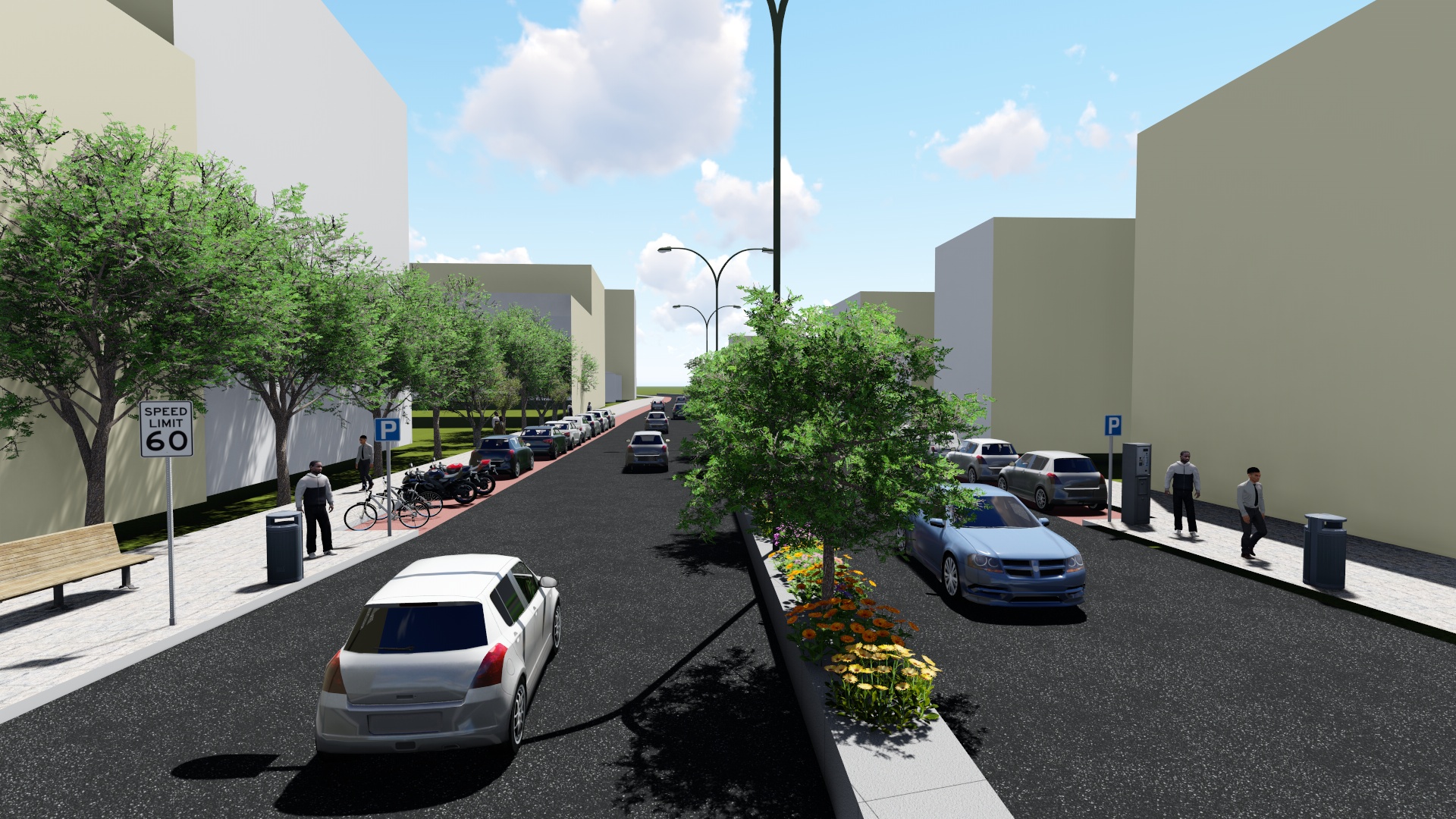 4. Mandiri Nala Redevelopment: Mandiri Nala is the main-city drainage line connecting the government administrative area and housing to the Ganga River with settlement on both sides of the drain. The drain carries discharge of Ward nos. 21, 24, 25, 26 and 27. Under the said project a box drain would be made. Two lane road of 1.2 km from Income tax till baans ghat would be made over the top slab of proposed box drain.

5. Development of Bakarganj Nala: This is 1.43-kilometre long drain stretching from Uma cinema till anta ghat is being restructured by Patna Smart City Limited. Deep cleaning the drain, constructing the box drain and laying the road on its top layer is the main scope of work. Width of length will vary from 3.5 t0 18 meters, depending upon the availability of land. 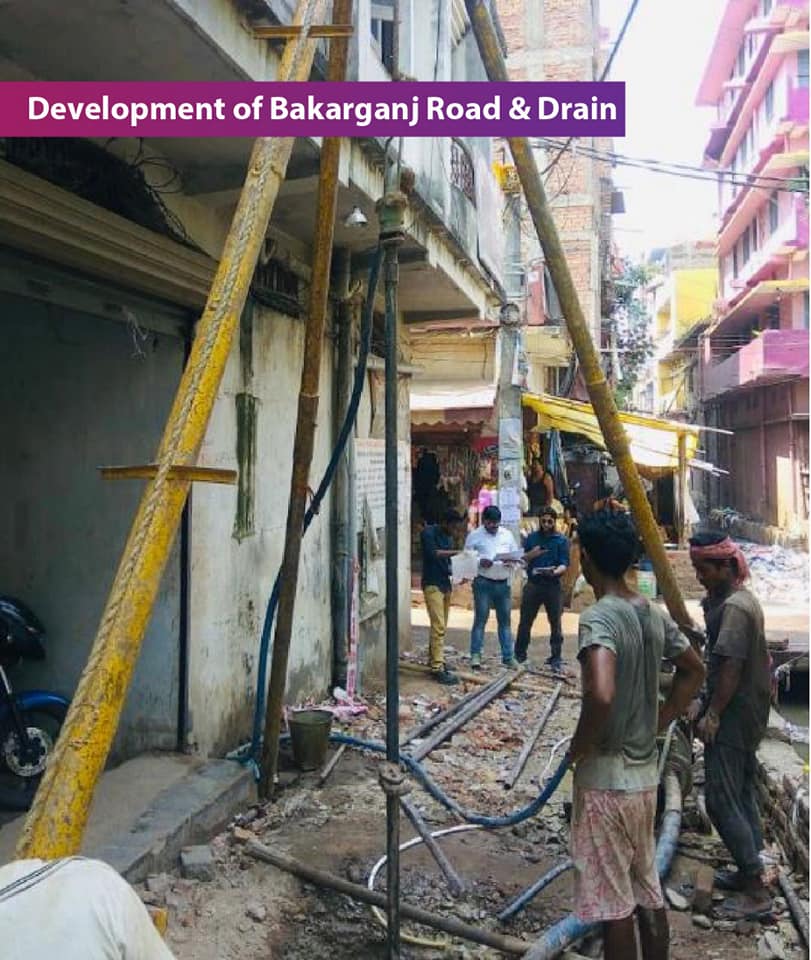 6. Jan Seva Kendra: In all 75 wards and Circle offices of Patna Municipal Corporation a G+2 building will be constructed. This will be the centre where the common public will be provided e-services such as birth-death certificate, land mutation, electricity bill payments etc. 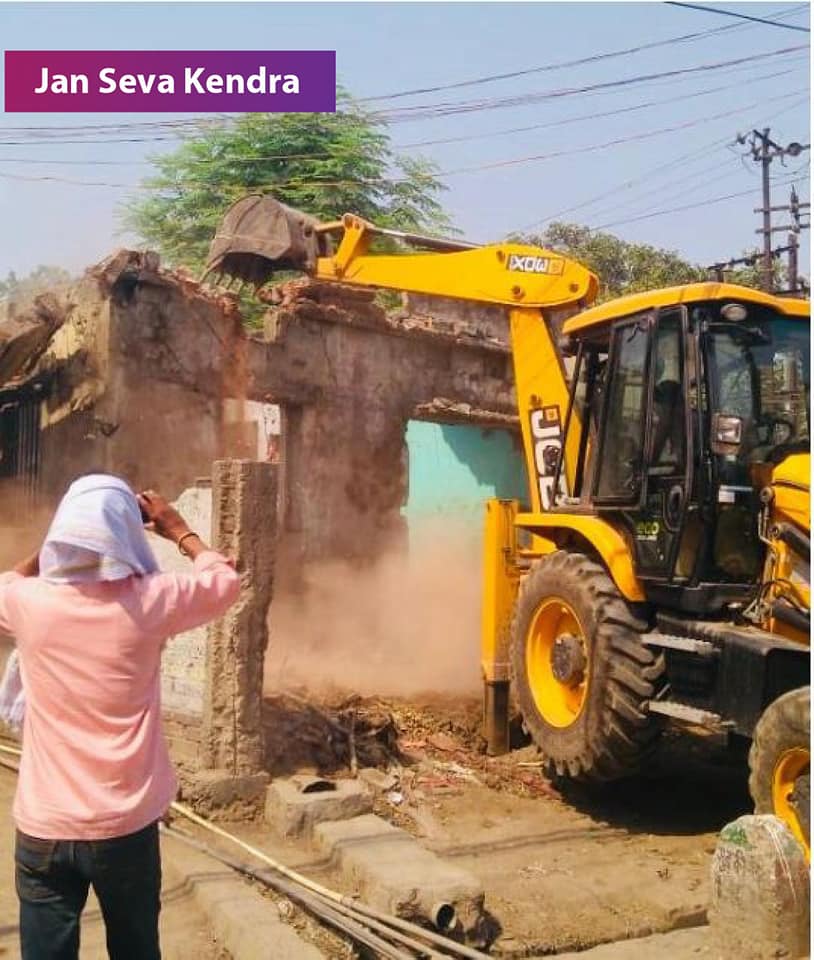 7. ICCC-PSCL building: A G+4 building would be constructed in SSP, Patna campus. This will be the data centre which will hub all the software, hardware and employees of Integrated Command and Control Center. On one of the floor’s offices of Patna, Smart City Limited will be established.

8. E-Rickshaw: Patna Smart City limited will procure and distribute 500 e -rickshaws across the city. The objective is to promote non-motorized vehicles, to reduce air pollution level, to reduce mixed traffic and to improve the living standard of manual rickshaw pullers. An implementing agency will be hired to survey the potential beneficiaries of the project.

9. Intermediate Public Transport Stand: Five locations in the ABD area will have electronic vehicle charging points along with parking stand for e-rickshaws. Under the project, 201 charging points will be made.

10. Solar Rooftop on Government Buildings: Under this project, solar panels will be planted on the rooftop of 17 Government buildings. The project will be covered by the Bihar Renewable Energy Development Authority (BERDA). 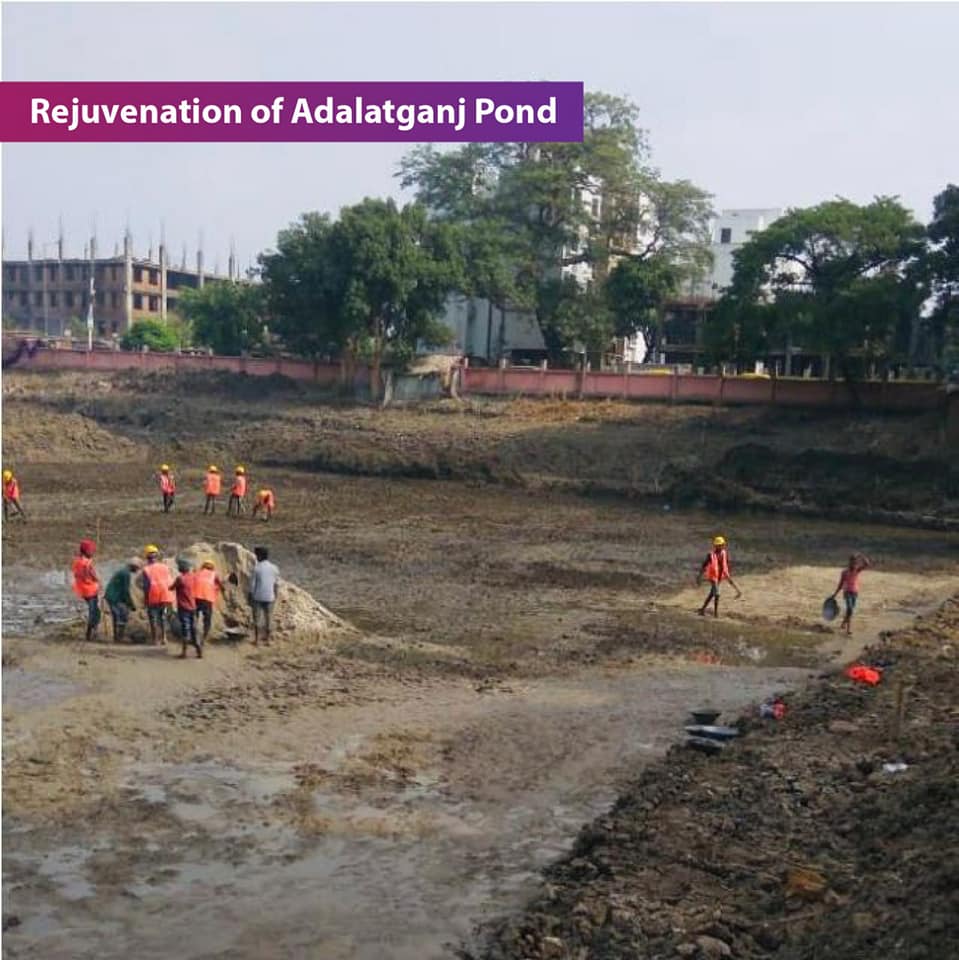 12. Mega size Screen at Gandhi Maidan: A screen size of 80’ X 40’ is proposed for viewing within an area of 100 to 150 meters. This screen is to be used for movies, drive-in theatres, and sports, social, fundraising and other events requiring outdoor projection. The design of the open-air theatre is totally flexible, portable and removable (when required) along with no major physical structure, hence all speakers & Projector will be mobile, within the tentative area identified by PSCL.

13. Gandhi Maidan Area Beautification: All buildings encircling Gandhi Maidan, including government, heritage, private and commercial will be illuminated through LED lighting as per the pre-decided theme. A video wall will be mounted on Biscomaun Bhawan under this project as well. This will improve the aesthetic value of the whole area.

14. Dutch Cafeteria: A cafeteria with a seating capacity of 50-55 persons will be made in Patna College Campus near the Ganga riverfront. This dutch styled architecture will have provision for indoor and outdoor seating both. 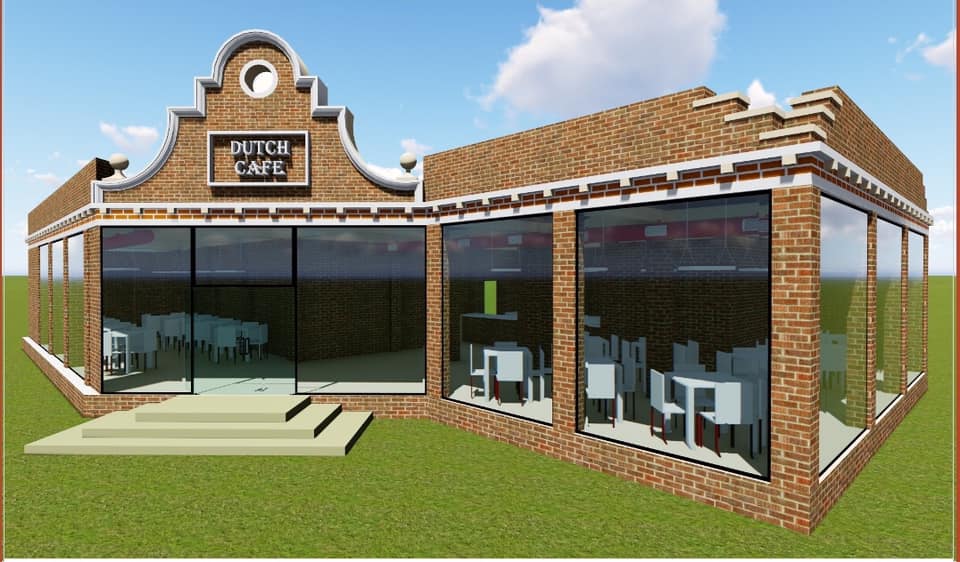 15. Star Rated Hotel: A star rated hotel of national or international reputation will be made in Patna Railway Station Area. This will be a G+7 building, comprising two blocks. One block will have residential facilities while the other will have luxury services such as a spa, gym, restaurant, swimming pool, etc.

17. Smart Classrooms: Computers and multimedia content adds a new dimension to the school classrooms. The animated depiction and multimedia content not only breaks the monotony but also the multimedia content enhances the scope of learning far beyond the chalk and talk methods. There will be 27 digital classrooms in 6 government schools where the trained teachers will use the technology by integrating it in teaching-learning methodology. The selected agency will install the digital classroom and the 5 to 6 teachers in each school who will teach the students through the new methodology. Agency will digitalize the content prescribed in Bihar Board syllabus.

18. Project Annapurna: Under this project, hygienic food will be provided to people at a subsidized rate. The project will be implemented through an agency that will be responsible for the operations and maintenance of the project. PSCL will provide 2 mobile food vans for initial 2 years and if the project gets a positive response then 3 more new vans will be added to the project. In the 1st year, it is expected that approx. 1.80 Lacs people will get benefitted out of this project and approx. 3,60,000 people will get healthy and hygienic food. 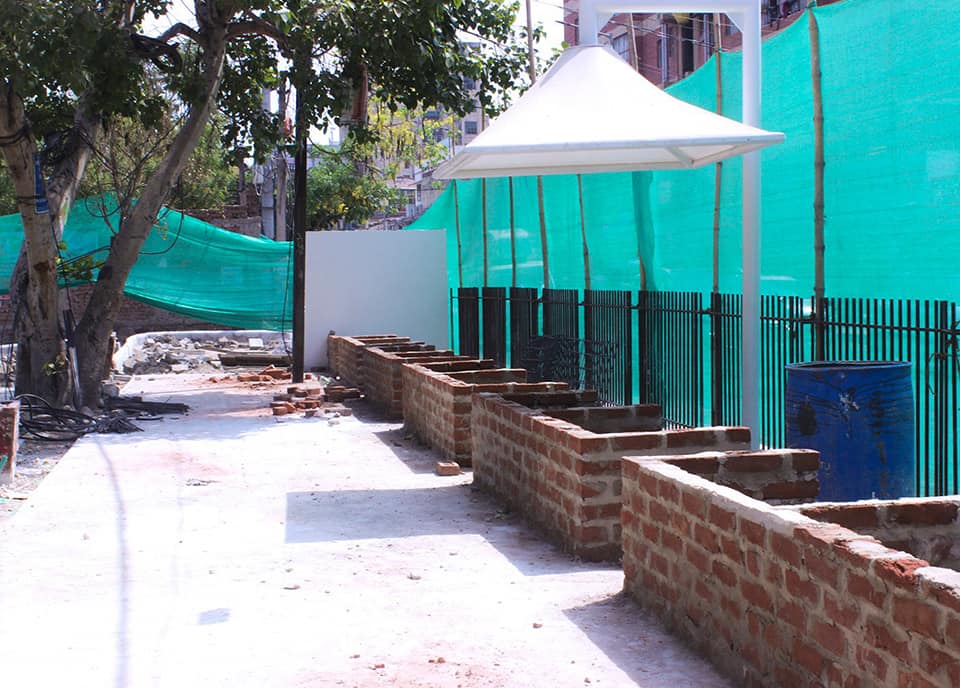 With these ongoing and upcoming projects, the smart city mission leads to the fifth year urging to develop Patna into a more smart and accessible city in the near future. We hope for positive development in the city and look forward to witnessing the change through these new projects.