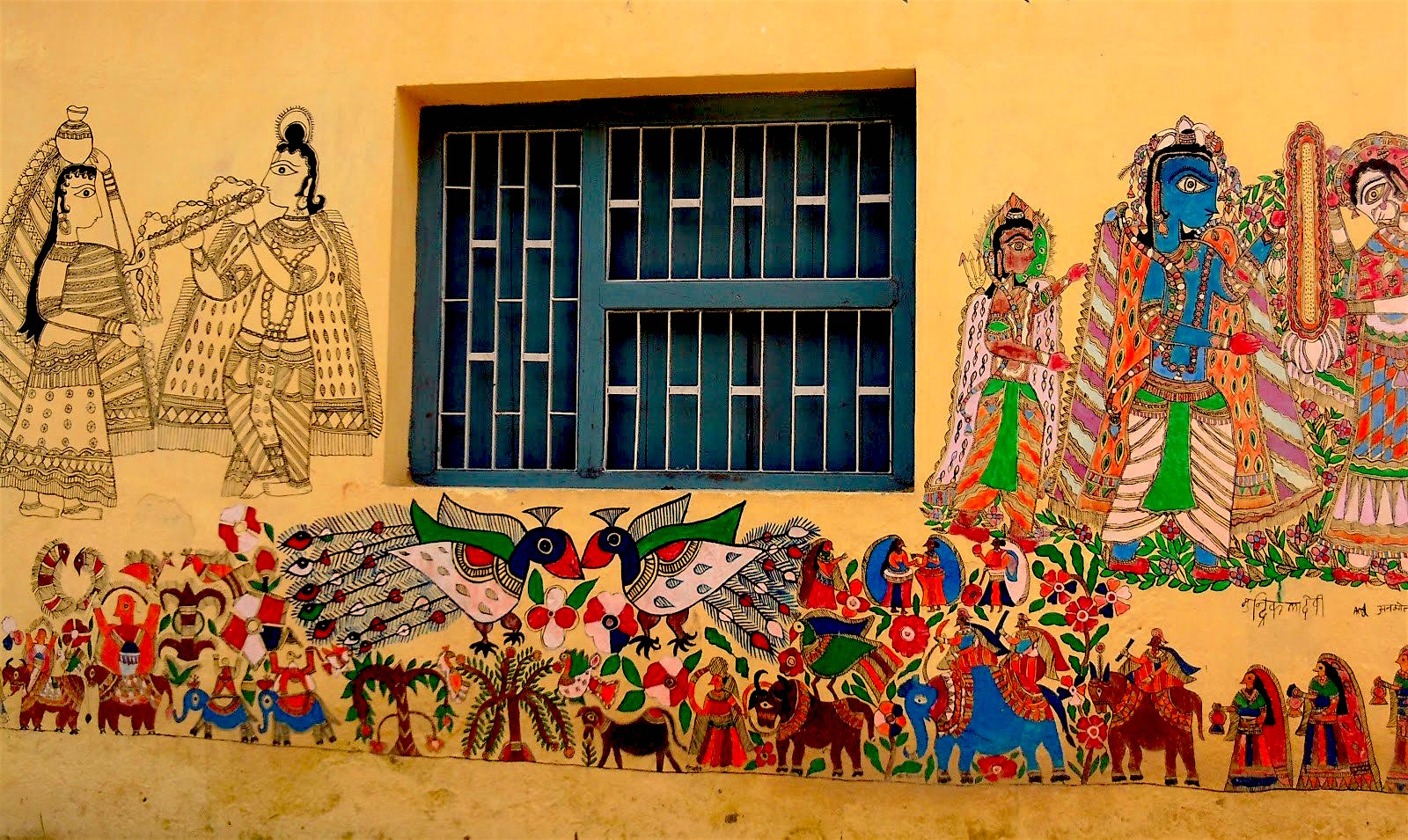 After Madhubani railway station got a complete makeover last year, the entire district is in the process of being decked up in various hues and shades of Madhubani painting.
With the aim to promote this art form and help local artisans, the district administration has planned to beautify the walls of the government buildings as well as houses in villages of Madhubani district with this Mithila art.

Madhubani district magistrate Shirsat Kapil Ashok informed this initiative was taken up in December and as of now the circuit house has already been adorned with beautiful painting depicting scenes from Ramayan and seven resolves of chief minister Nitish Kumar along with other social issues.

Apart from the circuit house, around 200 houses in Jitwarpur village have also painted in the Mithila style. The Madhubani DM said, “Jitwarpur is famous for producing the best artisans. Many local artists here are in the trade of Madhubani painting, so I asked them to get their homes painted which would also be an attraction for the tourists and this way they can showcase their talent to the visitors”.

Recently the upcoming administrative building of Khajauli block was also painted with Madhubani painting along with a ‘Vivah Bhawan’ or a community centre in Nawani village in Jhanjharpur block of the district.

The administration’s next project is Madhubani district collectorate. Shirsat said this idea mooted when in 2012 as probationer IAS he was posted as Rajnagar block development officer in Madhubani district. “When I was told the artisans had memorised the entire art form, I was surprised. Also the beauty of Mithila art work cannot be ignored. So I thought of tapping it to strengthen the economy of the region and attract tourists”, he said.

It is to be noted that around 7000 sqft area of Madhubani railway station decked with the local art form has become a major attraction and talk of the day. Large number of local artists were roped in this project which was taken up by the east central railway on October 2 last year as a part of Swachh Bharat Abhiyan. The artists contributed without charging anything, however raw material was provided to them.