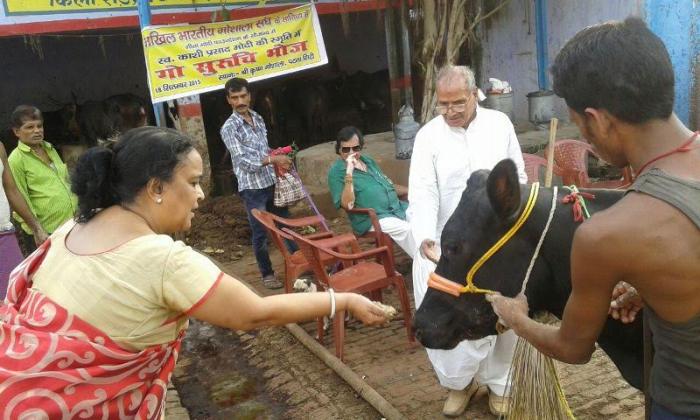 Prof Rampal Agarwal Nutan has not only been working in Patna but he also worked in different states of the country. 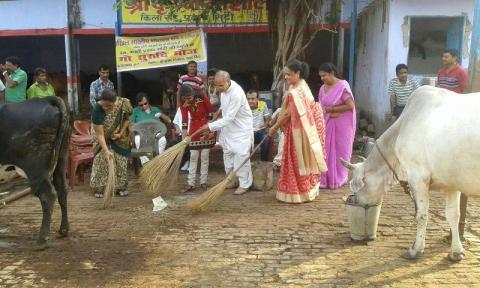 Five decades and counting, an octogenarian in Patna has demonstrated relentless zeal as he continues his pursuit to provide a better life to animals.

The eighty five years old Prof Rampal Agarwal Nutan, residing in Buddha Colony, has a special corner in his heart for all the animals, especially cows.

In his eight decades long journey, Prof Rampal Agarwal Nutan has seen many ups and downs, including the passing away of his elder son, Sanjay who committed suicide, according to him, after facing harassment at the hands of a local builder. Yet he never took a halt as far his purposeful pursuits were concerned.

Currently serving the country as the President of All India Goshala Federation, he has been working hard to stop animal trafficking. Serving in this position since 1998 following the demise of former Prime Minister Guljarilal Nanda, Prof Rampal Agarwal Nutan claims that he has got many threats from several traffickers across the country in all these years.

Prof Rampal has travelled across the country

Born in Bhilwara, Rajasthan in the year 1932, Prof Rampal has travelled to Jaunpur in Uttar Pradesh, Kolkata, Punjab, Delhi and Gujarat for completing his studies.

An LLB from Gujarat University, he came to Bihar in the year 1962 to participate in campaign for forming Goshalas across the state. Here, he met former President Dr. Rajendra Prasad at Sadakat Ashram Patna where a discussion on goshalas was being held.

Prof Rampal, who had already worked in Delhi and Kolkata for saving the cows earlier, eventually decided to settle in Patna with his family.

Summing up the five-decade long journey

Prof Rampal Agarwal Nutan has not only been working in Patna but he also worked in different states of the country. Between 1961 to 1963, he had served as General Manger of Calcutta Pinjarapole Society, a renowned institution of Eastern Zone dedicated to the cause of ‘meek and weak creatures’.

Former Joint Secretary of Animal Welfare of India, Training Course Committee Calcutta, Prof Rampal also remembers organising a training fortnight for animal lovers of Orissa, Assam, Bengal and Bihar. Between the years 1964 and 1974, he was the Registrar of Goshalas of Bihar.

Prof Rampal also recalls his role in setting up cattle relief centers during severe drought condition in 1967 in Jamui and Rajgir. But he met with an accident in March the same year when he got bed-ridden for four months.

“I also had the good fortune of meeting former Prime Minster and firebrand leader Indira Gandhi in the year 1971 when I submitted a memorandum detailing the problems of farmers and cow keepers of Bihar. I made a request to advice the then Railway Minister Hanuman Thaiyya to allot maximum number of wagons for transporting the fodder for needy cattle of Bihar which she considered. The decision was later implemented,” he recalls.

When Former PM Atal Bihar Bjapayee constituted National Commission of Cattle under the Department of Agriculture during his tenure, Prof Rampal was appointed Secretary and later its advisor. He has been actively associated with Animal Welfare Board of India as Convenor of Eastern zone and at present, he the In-charge of Bihar and Jharkhand as a co-opted member.

Further, the Bihar government had also appointed Prof. Rampal as the Chairman of cattle Protection and Goshalas Development Committee of Bihar in the year 2006.

Interestingly, he has not only contributed in animal welfare but also reached to disaster victims whenever he could. “”In the year 2007, I got involved in getting help in the flood affected areas of Roshra and Patna along with Martina from Austria and Mitai from Italy,” he mentions. To help the Koshi flood victims, who were hit by the disaster in the year 2008, he had contributed Rs 1 lakh to the CM’s fund. 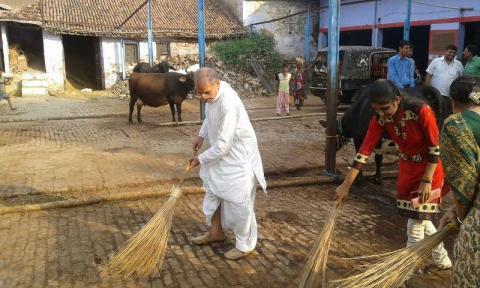 Call up Prof Rampal when you seen an animal in trouble

Undettered by age, Prof Rampal is still the knight in shining armour for animals in trouble.

“Anybody, who sees as animal in trouble, is free to call up at my mobile number 9334116334 and I will make sure that help reaches in time. I welcome people across the country to let me know if they come across any kind of animal atrocities,” he shares.

Sharing an experience, Prof Rampal mentions a call he received from Bihta a couple of months ago. “An individual requested me to help him as some miscreants had seized his land. As I reached there with my team, I found that these men were known for troubling the villagers. I informed the administration. After reaching there, when I tried to hold a discussion with these men, they shot at me yet this man, who I was helping saved me. Later when administrative officers carried out their proceedings, they helped the landowner. But all in all, these things can be risky,” the elderly social worker explains. He says that he has faced similar experiences while trying to stop trafficking of cows.

With his efforts, Prof Rampal informs, around 85 Goshalas have been been reconstructed throughout the country.

He has been active participant of Clean India campaign and even participated in Anna Hazare movement.Rampal has been also associate with Bihar Marwari Sammelan and Adhyatmik Samiti.

This article was first published Here.