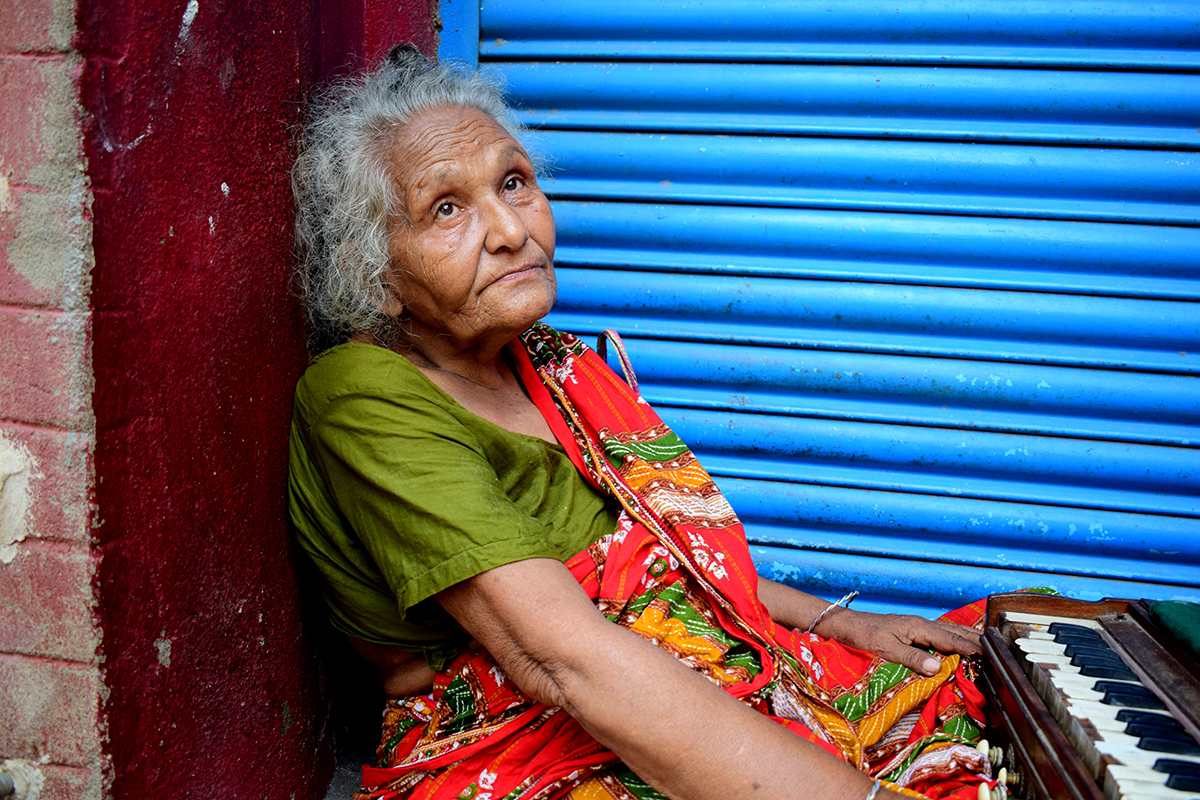 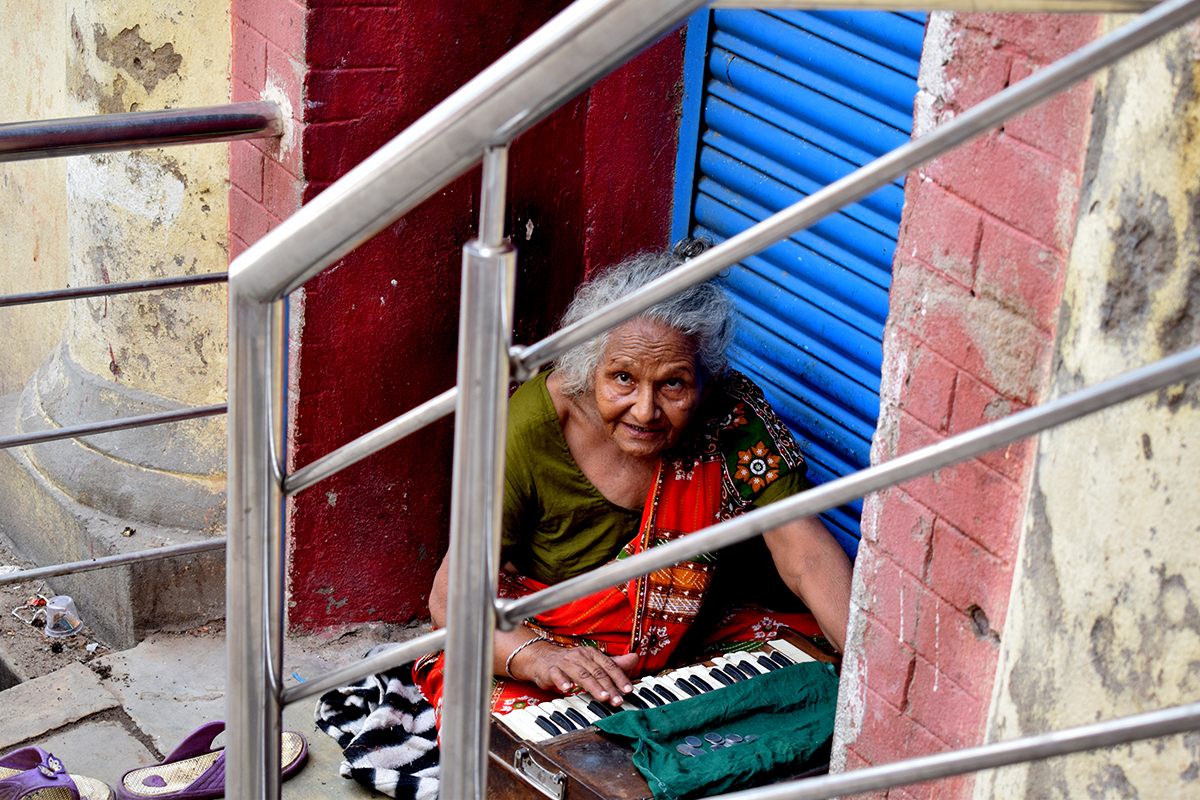 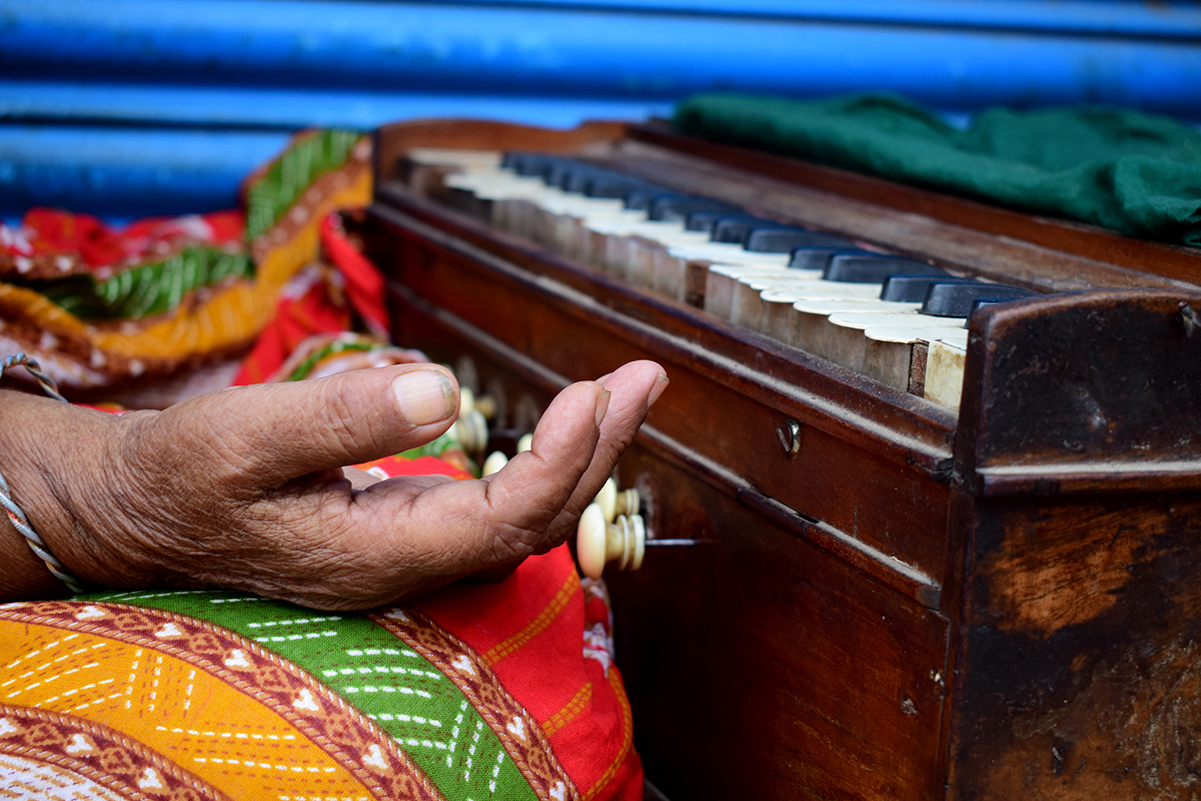 Old age is that part of life in which one rests their body and fulfils their opulent desires on the efforts of their children. But fate seems to have reversed the cycle in the case of Purnima Devi, an old lady who not only earns her own daily bread but also feeds her grown up, mentally challenged son by singing on the bank of the Ganga.

Purnima Devi, with her harmonium as armour in her journey to existence, entertains people with her melodious voice on the banks of Ganga popularly known as the Kali Ghat, Darbhanga House. The Darbhanga house is the palace constructed on the banks of Ganga by the Darbhanga King Maharaja Kameshwar Singh Bahadur who ruled from 1929 to 1947. It is now being run as a renowned Patna University college for PG students. A main feature of this place is the temple dedicated to goddess Kali built on the premises, which also serves as a mean to this Purnima Devi’s survival. As devotees visiting the temple for worship and dips in holy Ganga are her well-wishers and audience as well who, out of kindness and appreciation, bestow love upon her in the form of coins and notes, giving her means to survive. Saturdays happen to be the good days of the week for her as large number visitors come to the temple and the ghat thus providing her with a bigger audience which means she gets more reward for her efforts and talent. 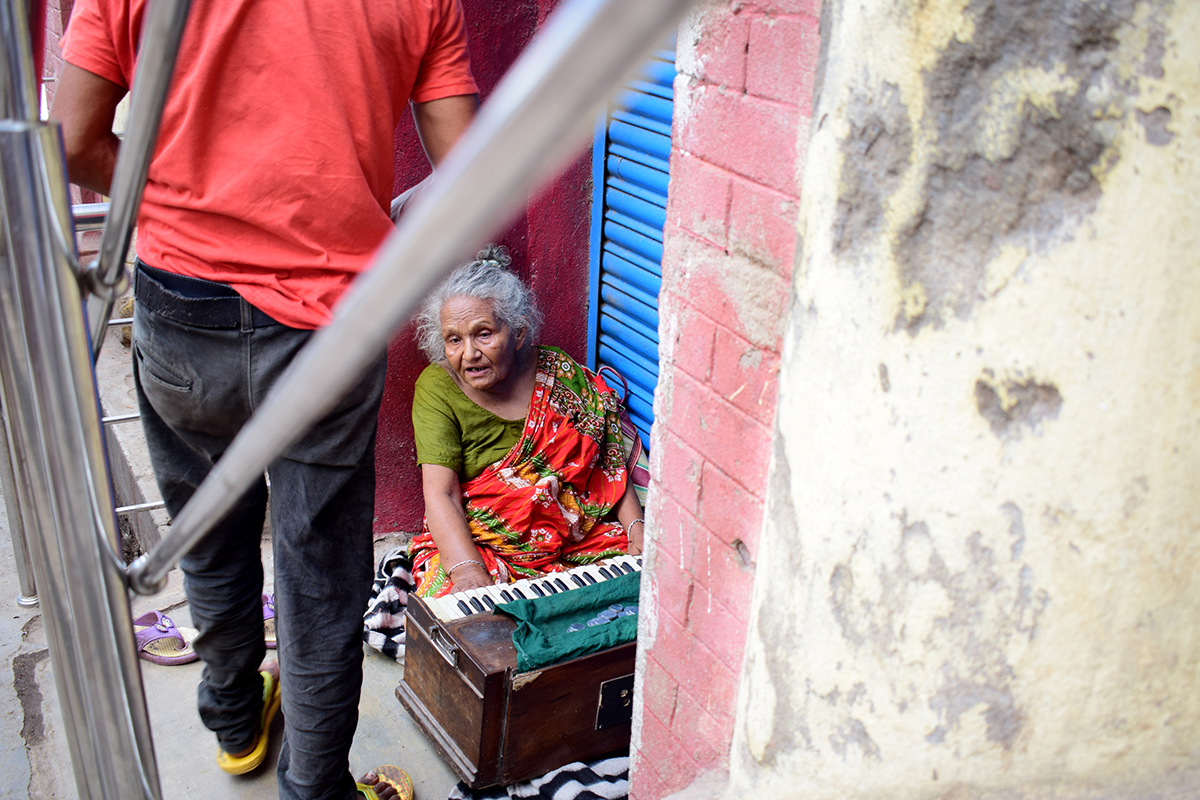 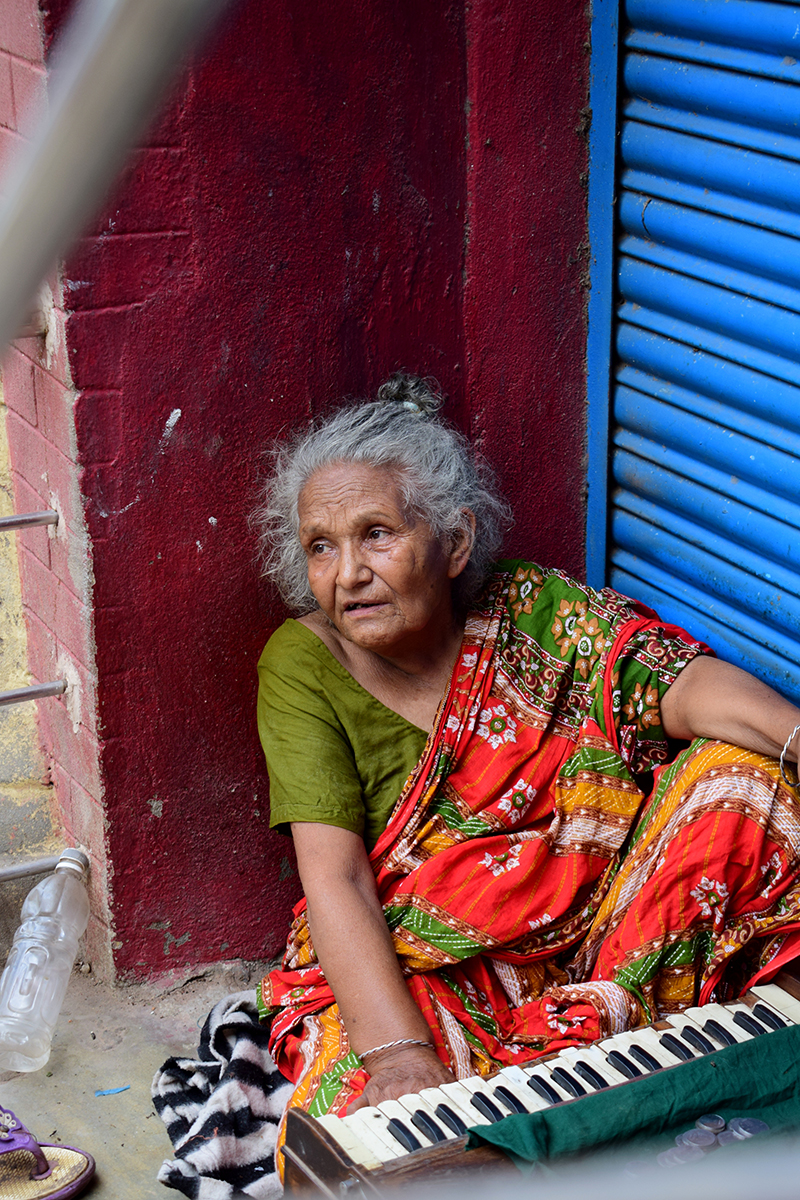 At an age which warrants care and comfort, Purnima Devi’s struggle on streets to earn her living by entertaining people depicts the strength of her will and her defiance against the harsh life. Born in a family of Priests in Darjeeling, Poornima Devi has completed her education till Intermediate and she whole-heartedly urges the young people to pursue education. “It is my talent which has supported my existence and saved me from losing to life, so I would advise everyone to prioritise education in life over everything”, speaks an experienced soul. 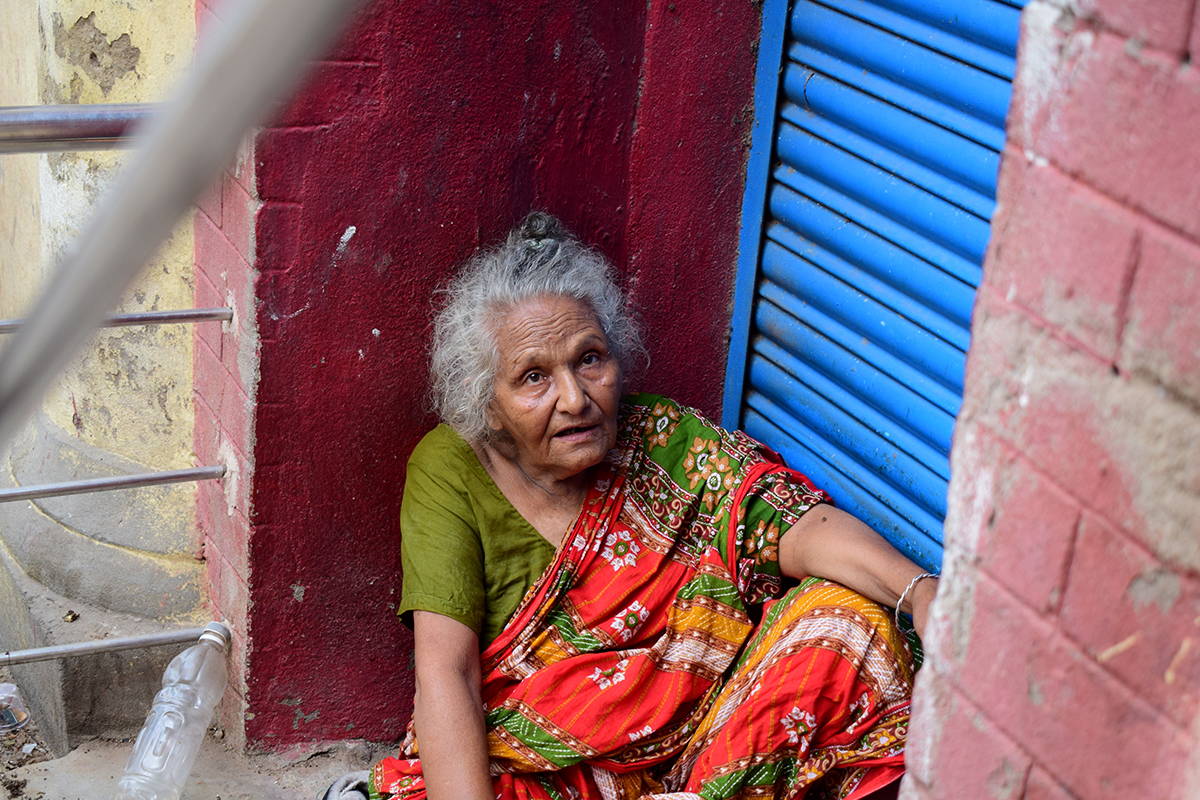 In 1974 she got married to Dr. H.P. Diwakar, a physician by profession and a writer by passion. Her happy little world came crashing down on a fateful day in 1984 when some goons killed her husband over property disputes, leaving her helpless with a son and a daughter. After the death of her husband she was forced  to leave her hometown because of the torture she faced from her father-in-law and brother-in-law over property that she was left with. It was then that the city of Patna welcomed her, where a relative of hers provided shelter to her and her two kis. After few years her relative too left her behind, which led her to earn and bring up her children on her own. She taught music in schools and performed number of stage shows to earn a living and bring up her children.

It often happens that when kids grow up they become negligent towards their parents and totally forget what hardship the parents went through to bring them up, and so happened in the case of Purnima Devi when her daughter left her for achieving a carrier in acting. Adding to a mother’s pain she even refuses to recognise Purnima Devi as her mother. “She was last seen in a daily soap playing a kittenish girl named Gunjan”, remembers the visibly hurt mother. Her son who was supposed to her only support in life went under depression and losing his mental well-being. This brought a reverse situation where a mother who was supposed to rest on his son now has to feed him. 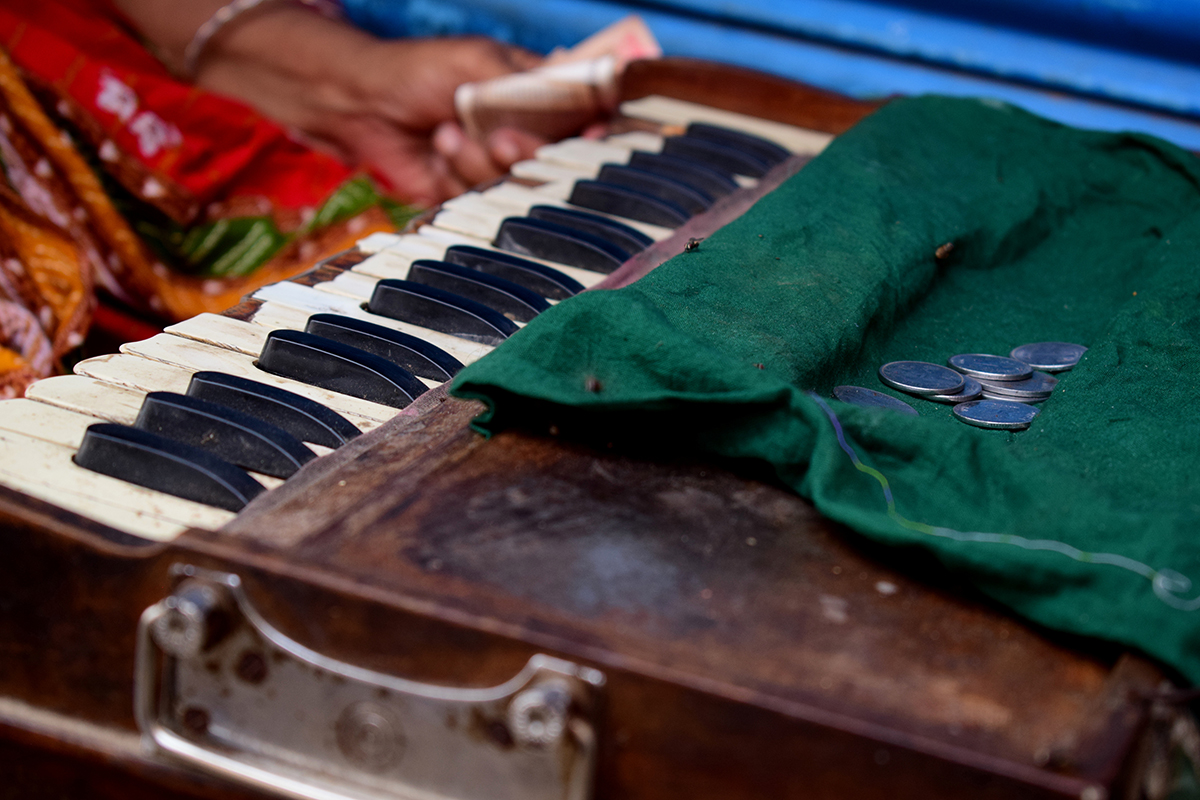 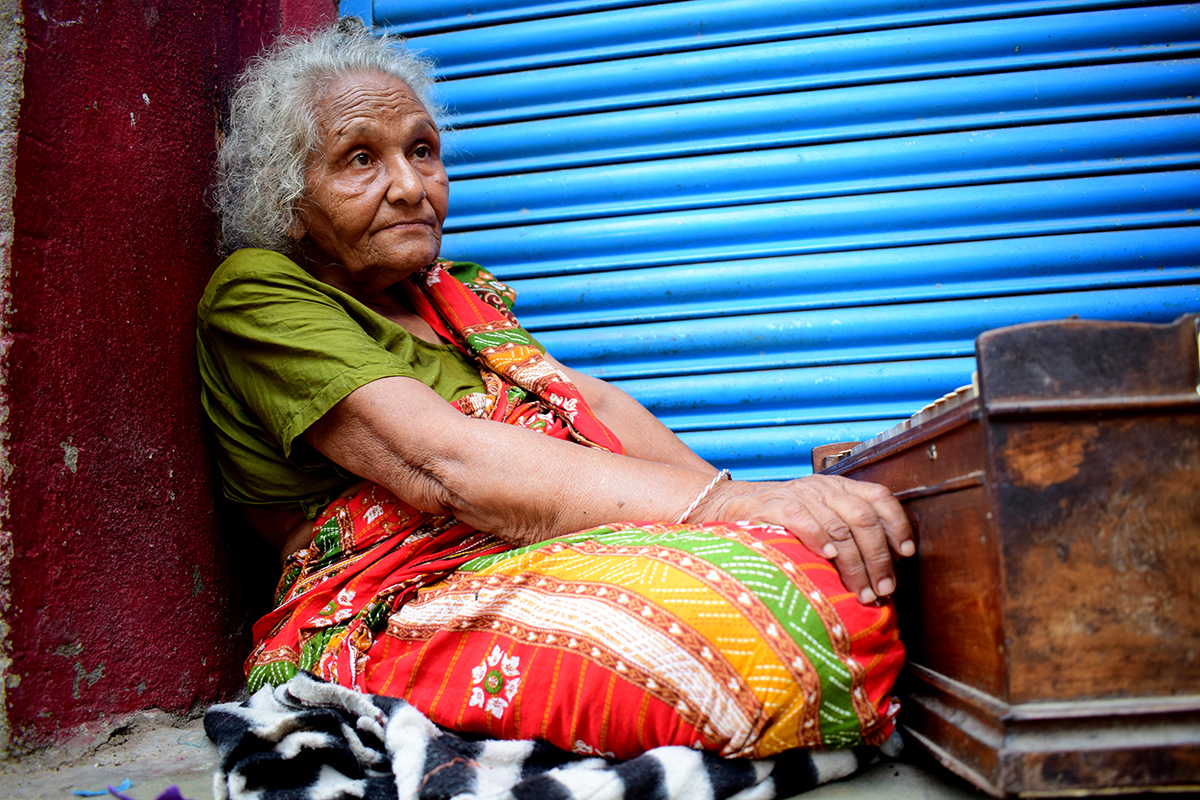 On being offered help to leave this place she responds, “Ganga has been with her in tough times so she will be in her shrine till her last breath “. She resides in the premise in the morning hours when the devotees assemble to worship the temple.

“No matter what trouble comes your way, you should just keep on working hard without losing hope”, says Poornima Devi on being asked for an advice to youngsters over struggle. Not giving up to beggary, which have been the most possible turn as observed in these cases, Purnima Devi stands a big inspiration for Patnaites. 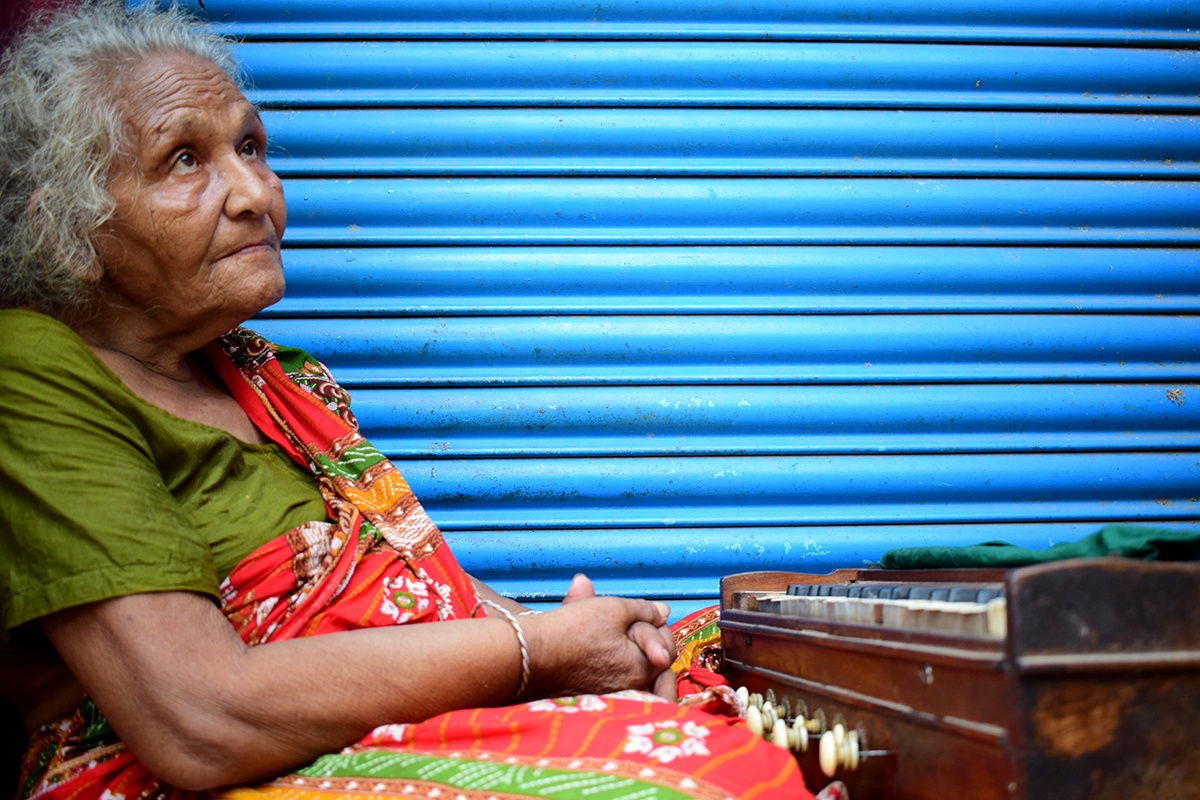 Her life story is tragic and makes one feel bad for her but at the same time her resilience, her faith in her abilities and her will to survive against all the odds is exemplary and something which should inspire the youth.