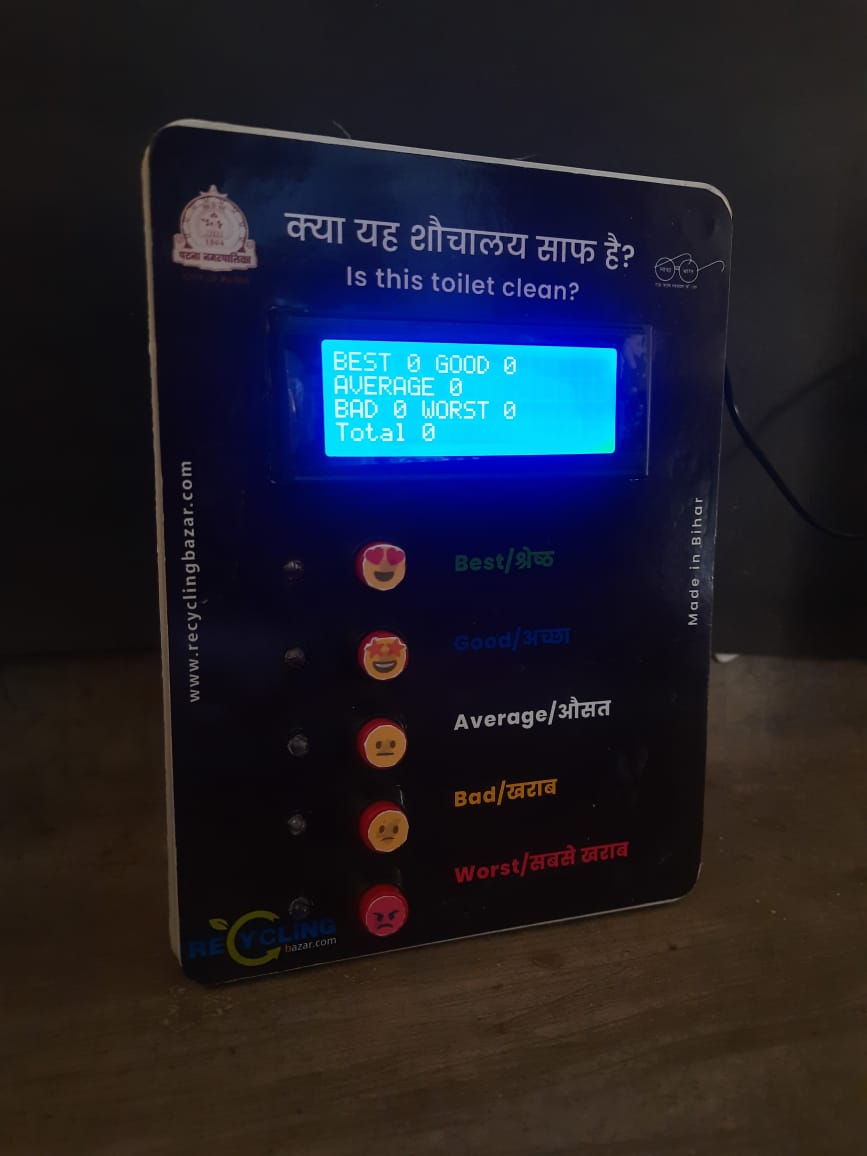 The trio has developed two machines; an alarm device that prevents a person from urinating in public places and throwing garbage alongside the roads. Another one is the Feedback machine, which allows people to give feedback on the hygiene, maintenance and cleanliness of the toilets.

Vivek Kumar and Prashant Gautam, currently pursuing Masters in Sociology from IGNOU, coined the idea and the design of the devices. Priyanshu Raj, a class 12th student, developed the devices.

“This is a sensor alarm based on embedded technology, made with an idea to curb the lazy habit of people throwing garbage anywhere. The device will activate the moment someone urinates or throws garbage on the road or in a public place, with the help of sensors and will start buzzing,” Vivek shares with PatnaBeats.

People can give feedback according to their experiences. “It is a customized feedback device. There are five pushbuttons with different emoji and color LED bulbs indicating different responses. Green indicates better, blue is for good, white gives an average response, yellow indicates useless or bad and red denotes very useless or worst. After every vote these four slides display for two seconds each,” he said.

“A beep sound is heard on pressing any of these buttons. The response will be captured in the machine within minutes. If you have to change your response, the machine gives you 10 minutes,” he added.

The feedback device has a capacity of ten thousand data after which the machine formats itself.

“Both the devices work on embedded technology. In the alarm device, the sensor detects warm-blooded animals (humans) within a range of 5 meters and gives signals to the computer. The Feedback device records all the ratings,” said Priyanshu Raj, an Application developer.

The devices are chargeable as well as run on electricity with a 5-volt power supply. It has a human voice along with a beep sound.

Patna bagged 47th rank in the survey of Swachh Survekshan 2020, the last among cities with a population of more than 10 lakh.

Vivek says, “Both the devices are developed in collaboration with Patna Municipal Corporation. We went to the municipal corporation with the idea, after their approval we started working on the device.

“The device has been sent for trial in six zones of Patna so far,” shares Vivek.

“We are planning to collaborate with the private investors and institutions once the lockdown ends,” he adds.