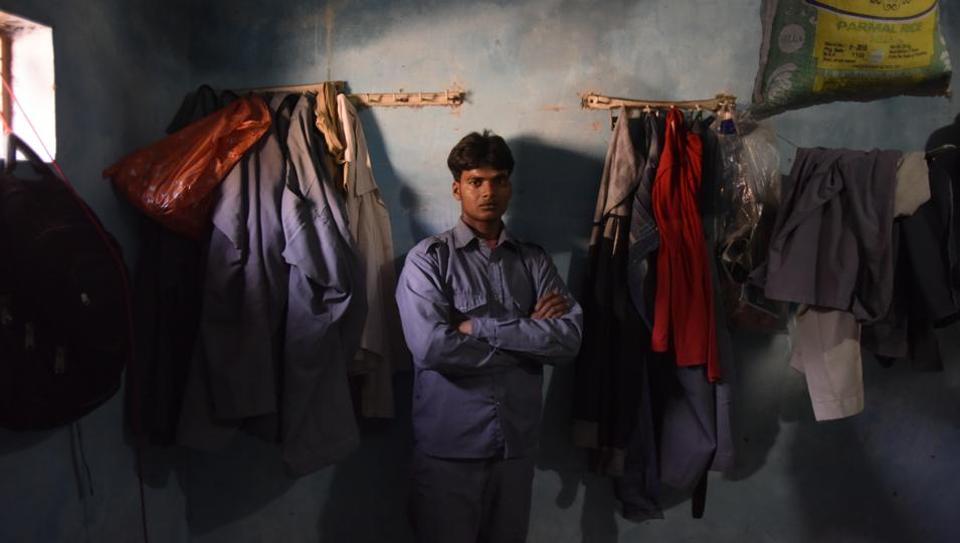 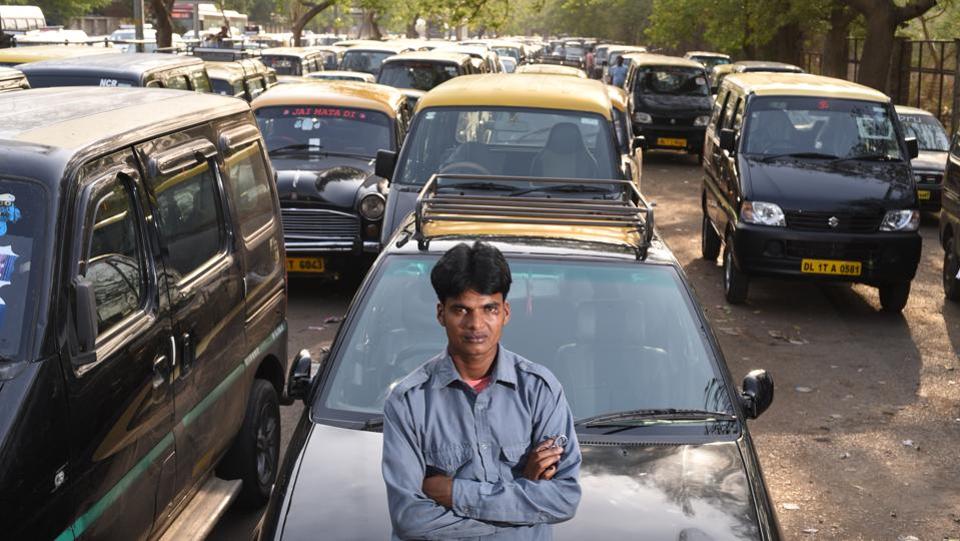 Bihari cab driver Debendra Kapri returned a bag with items worth Rs 8 lakh to its rightful owner travelling from IGI airport on May 4. He says he needs a lot of money to pay off debt but it has to be earned by him.

The foreign currency notes and valuables in the black backpack worth Rs 8 lakh, forgotten by its owner in his taxi, could have taken care of everything Debendra Kapri has ever wished for.

The 22-year-old taxi driver returned it to its owner and bought contentment instead. His conscience and his father’s lessons on honesty figure higher on the list than his needs, he says. 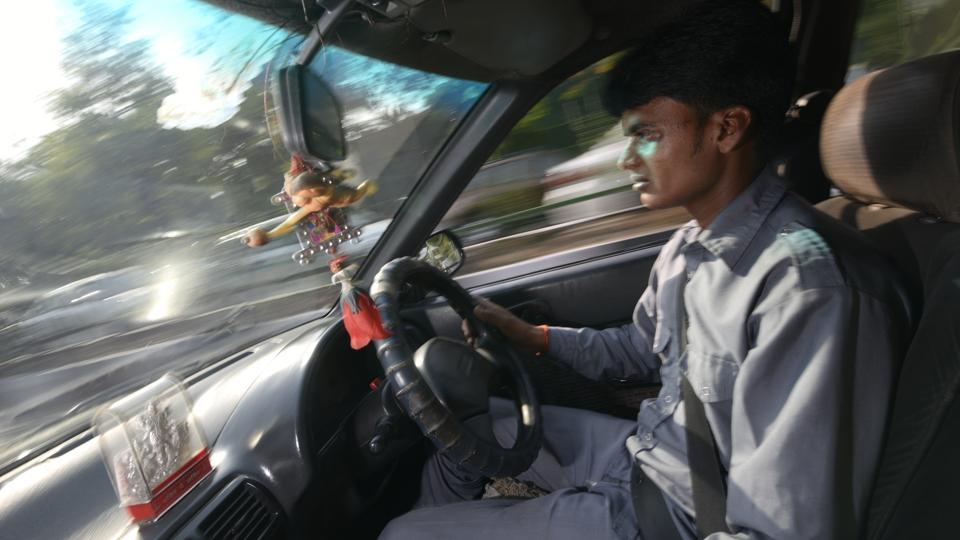 Last week, Kapri walked into a police station at Delhi’s domestic airport to deposit a bag left behind in his vehicle by a passenger earlier that day. The officer on duty was shocked to find that it contained gold jewellery, a laptop, an iPhone, a camera and $70 — items amounting to a whopping Rs 8 lakh.

Kapri claimed that he knew what was there inside the bag but decided to return it to its owner. The police later found out that the bag belonged to Mubisher Wani, a resident of Srinagar in Jammu and Kashmir. He was given back the bag that same evening.

Kapri is a debt-ridden man and is struggling to repay a loan of Rs 70,000 to a private financier in his home town in Bihar’s Banka. His father took a loan of Rs 1 lakh in 2008-09 on a 5% per month interest rate to marry off two of his daughters. The simple farmer, who did not have a permanent source of income, could not even pay the monthly interest amount.

The interest amount accumulated with every passing month and the pressure to return the money intensified, initially with warnings and later with life threats to the family members. With the added compound interest, the Rs 1 lakh loan increased to Rs 2 lakh within 2 years.

The family sold a small piece of their land but it was not enough to pay off the loan. In 2011, Kapri’s elder brother left home for Rajkot in Gujarat to earn a livelihood. But his meagre income proved insufficient to cater to his personal expenses and needs of his family of 5, leave alone repaying the loan.

“My father was under stress and mother fell sick but we had no money to buy medicines for her. With each passing day, our financial condition was deteriorating. Though I was only 17, I had no choice but to quit my studies and support my family in the crisis. In 2012, I came to Delhi in search of a job,” Kapri says. 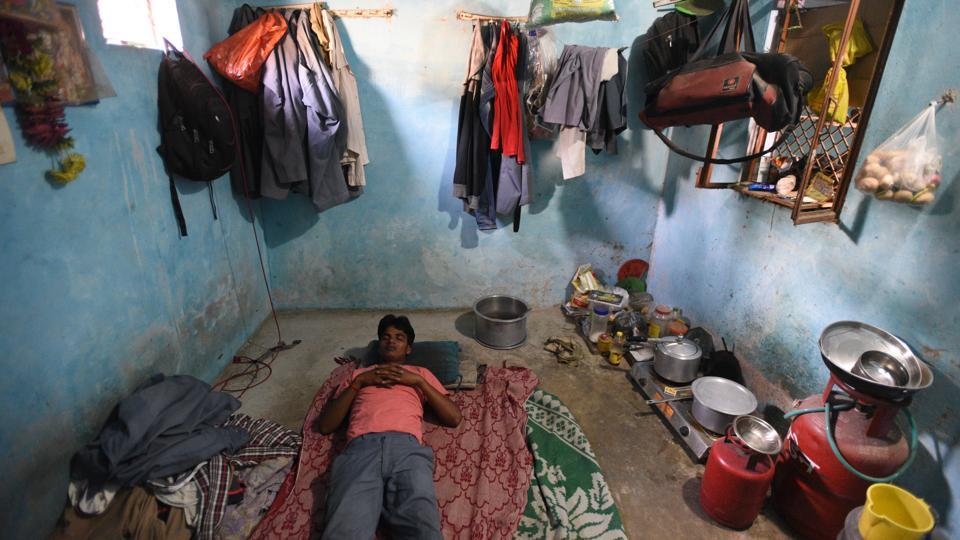 The youngest among four siblings, Kapri recalls he could appear only in 2 subjects in his Class 10 examination because he met with an accident. “That accident changed my life. Family’s responsibility took over my books and dreams of becoming an engineer. Destiny brought me to the streets of the national capital and I ended up becoming a cleaner at a taxi stand at Delhi airport,” he says.

Before completing two years, Kapri had learnt how to drive a car. His cousin, Pintu, took up the role of his driving instructor in addition to being his only guardian in the city. Kapri now aspires to own one for a better life.

Kapri lives in a 10×10 rented room with his two roommates, who too work as drivers, on the first floor of a building in Mehram Nagar, an urban village near the Delhi airport. An iron door opens into the room that has an open kitchen with a gas stove and cylinder on the floor. The front wall has 2 cloth hangers that struggle to lift the weight of the clothes of the 3 occupants. On the left side is a small mirror which the room partners share.

“The fan in my room blows out hot air and makes it difficult for us to fight the scorching heat and sleep. But the kind of appreciation I have received from my friends, neighbours from my home town and here in Delhi after the incident gives me peace of mind. I stuck to the lessons of my father and feel satisfied. My moral values are greater than my personal needs,” Kapri said.

Asked what he would do if he has Rs 8 lakh of his own, Kapri says, “I will first repay the loan. From the remaining amount, I will purchase my own taxi that will certainly improve my lifestyle.”