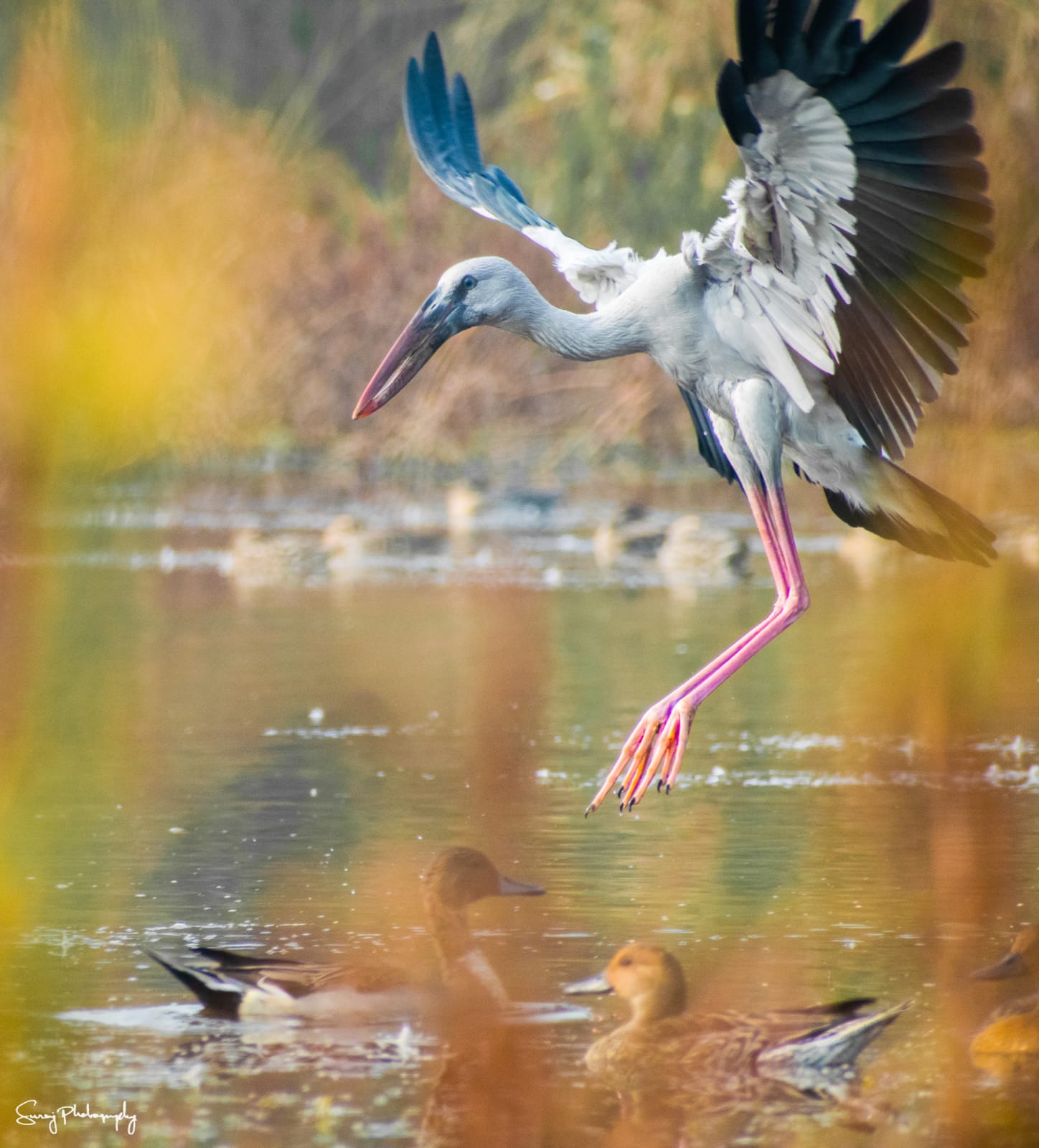 Danapur Cantonment in Bihar is the largest nesting and breeding ground for the Asian Openbill Stork. These tall and majestic migratory birds, popularly known as “jhangils”, arrive here in June-July. They stay here for about four months and return to their native place in the Himalayan foothills. The arrival of these birds indicates the onset of monsoon for the people living in the Cantt area and its surroundings. They are of rare species and are mostly found in India, Pakistan, Bangladesh, Myanmar, Sri Lanka and Thailand.

Interestingly, earlier these birds were considered as Siberian Cranes and people thought that they migrate to this satellite town from Siberia. The misconception was soon cleared by a nine-member research team, People for Assessment and Conservation of Environment (PACE). The PACE team also took photographs of the Openbill Storks at Danapur and closely watched their morphology before demolishing the popular belief.

Every year thousands of Asian Openbill Storks travel to this safe and secure site on the wetlands of the Ganges. Being the second oldest cantonment in Asia , Danapur Cantt has ample old, well-developed and well-protected trees. The minimal distance of the Cantt from the Ganga plain provides the birds with food security.

The birds have become a part of the life of those living in the Cantonments, especially the Army men. Their attachment to The birds is such that they have created out specific areas as ecological parks where human activity and movement of vehicles are completely prohibited. In case of injuries to these birds, army men make special arrangements for their treatment.

The Cantonment has been a witness to the visit of these birds since the pre-independence era. The heronryserve as a delight to the eyes of the viewers. The Asian Openbill Stork certainly adds to the rich and glorious history of Danapur Cantt.