Chartered Accountant, who is inspiring many to join farming.
Skip to content

A chartered accountant, Rajeev Kamal Bittu could have been living his life comfortably but he chose to make some changes.

Bittu, is a native of Baghegee village in the Gopalganj district of Bihar. After his primary education in a government school of Gopalganj, he studied at Hazaribagh and Ranchi, Jharkhand. In 2003, after completing his CA degree, he started his Chartered Accountancy firm in Ranchi.

According to Rajeev, on his visit to the village during Chhath puja, his daughter’s indifferent behavior towards a farmer gave him a realization “Kids don’t value farmers although they are the providers of all the food we eat. They are the backbone of Society. I felt that I must do something to regain their value.  Farming is not a low-key job, anyone can do it,” says Rajeev.

In 2013, his farming journey started; having no idea about the field, he consulted farmers and a few of his friends from the IT sector who were also interested in farming.  “It started with the harvesting of Watermelon and Muskmelon on an approx.7 acres of land, Kuchu village in Ranchi,” shares Mr. Rajeev.

Rajeev gained about 7-8 lacs profit in his first harvested crops which were sold for 19 lacs to the local fruit wholesalers.

Now, Rajeev was confident and leased another 13 acres of land in Anandi Village, Ormanjhi, Ranchi. He started to produce cherry tomatoes, sweet potatoes, and sweet corn. The local wholesale market began to recognize him for his unique crops.

At present, he is farming on 32 acres of land, in which he also produces vegetables including cucumbers, pumpkins, and brinjals. He has employed around 60 people.

“To cut the middleman’s commission, I invited local farmers and landowners to work in the field and sell the products in the local market so the consumers get products directly from farms and farmers get more profit.” said the CA, now a farming entrepreneur whose turnover is around 50 lacs.

“There should be a facility of small cold storage at haat and local markets so that it becomes easy for farmers to store their products. It will reduce their expenses and they will have more earnings. It should be done in a chain process.” he adds.

“We are also planning to acquire vans which will deliver fruits and vegetables to nearby residential apartments,” Rajeev said.

Adopting sustainable methods of  farming, Rajeev Kumar uses Drip irrigation in his farm.“We avoid using chemical insecticides and pesticides. “Cow dung and urine are used for traditional manure and neem leaf and Karanja leaf as biopesticides. I can’t say we are doing completely organic farming but yes, we are moving towards it and will be doing it in some years.” He adds.

With the farm sector being fully organized, it takes less effort for him now “I am fully satisfied with my farming venture and aim to make a turnover of 1 crore,” Rajeev shares.

Rajeev Kamal dreams of opening an Agro Tourist Destination, where people can come and spend time learning about the village lifestyle. This will help children understand the process of farming and the value of farmers.

“I wish more resourceful people to work with farmers so that they get what they deserve. Farmers are our annadata (provider), we should respect them,” shares Rajeev. 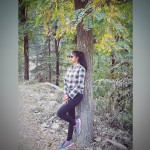